There is a well-known saying that people should be judged by their deeds rather than by their words, however fine the latter. If Americans followed this sensible advice, Donald Trump would still be President. Well, maybe not, but let’s not talk about rigged elections. Let’s instead examine a couple of leading Democrats. The most powerful leading Democrat who currently holds no political office is Barack Obama; though certainly not the most dishonest or most corrupt, he is an easy target. Here are some examples of him saying one thing and doing another.

On January 22, 2014, the then President parroted feminist propaganda about campus rape statistics. It has been estimated that one woman in five has been sexually assaulted (meaning raped) in her time at university, he said. He didn’t say estimated by whom, but this garbage was used (and was used a lot time before his Presidency) to undermine due process in sexual assault cases.  Did Obama really believe these shocking statistics? Three years later, he sent his eldest daughter to Harvard, so obviously he didn’t.

During his Presidency he stressed his commitment to fighting climate change. This used to be called global warming, but those of a certain vintage will remember that decades earlier the same type of people and indeed some of the very same people were predicting there would be a new ice age. Global warming would see the oceans rising, and coastal regions, including in the United States, being submerged. Does Barack Obama really believe this? If so, why did he and Michelle buy an $11+ million mansion on Martha’s Vineyard?

He has also thrown his weight behind mask mandates, but only for the little people. Obama is one of the big guns brought in to oppose the recall of California Governor Gavin Newsom, this is important for “protecting our kids”. This is pure kabuki theatre, how many Democrats really believe in mask mandates? The very real Covid pandemic has been used and is still being used to centralise power in the Federal Government which the Democrats hope to control totally, which is why they are allowing countless migrants to cross the southern border, but not from Cuba, the latter of whom having lived under socialism for their entire lives have no stomach for it.

It would be even easier to expose the lies and hypocrisy of the current occupant of the White House, Kamala Harris, Hillary Clinton, Alexandria Ocasio-Cortez…but here is a short clip from last year showing Nancy Pelosi speaking about the coronavirus on two different occasions. The first part shows her blaming Donald Trump for mismanaging the virus; the second part shows her months earlier calling for people to visit Chinatown. Like so many others, she branded Trump racist for protecting the American public by imposing travel restrictions on foreigners, but again, not those crossing the southern border. So what do Democrats really believe? They believe in saying absolutely anything and doing absolutely anything that will keep them in power, at whatever cost to the American people. 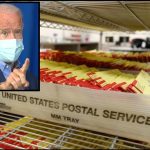 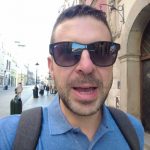