When North Korea successfully test launched its new Hwasong-15 intercontinental ballistic missile, it marked the first time that most states and experts throughout the world acknowledged that North Korea can deliver a nuclear warhead to any potential target in the United States. 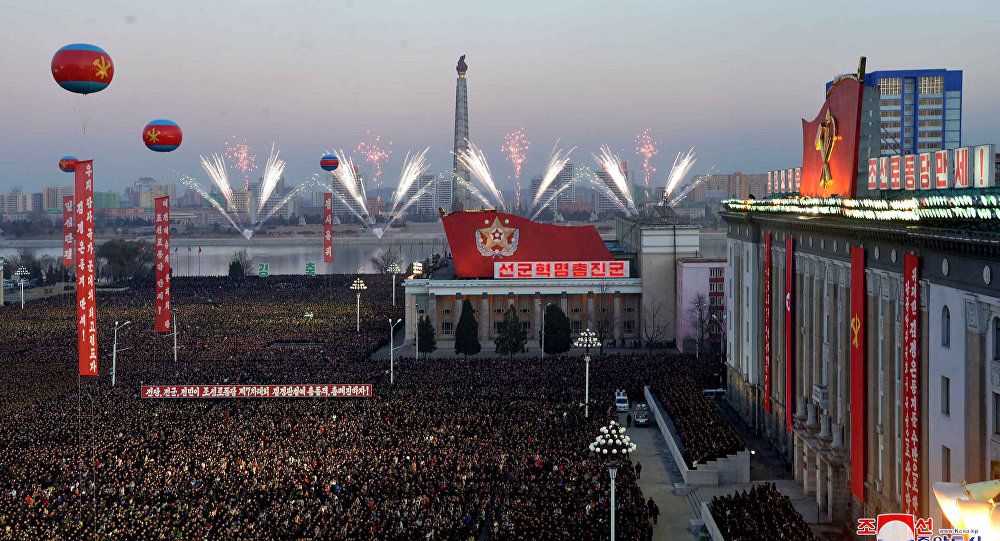 While this event has caused further diplomatic strains, it also represents North Korea achieving what they call “parity” with  US nuclear capabilities, in so far as now both countries are able to target one another with nuclear weapons. In practical terms, North Korea and the US now have a tense relationship defined by the Cold War doctrine of mutually assured destruction or MAD, wherein countries will refrain from a nuclear first strike against a state which can strike back with a similar level of lethal force.

For North Koreans who for decades have lived in fear of a renewed US attack, the day was one of celebrations. People filled central Pyongyang for an evening of music, dancing, fireworks and political speeches.

Above the crowds hung a banner reading,

“We heartily celebrate the successful test launch of the Hwasong-15 which showed Chosun (North Korea)’s power and greatness to the whole world”.

Vice Chairman of the Workers Party of Korea, Pak Kwang-Ho told revellers that “now no one can infringe our sovereignty and rights to survive and develop”.