Reddit site Wallstreetbets played their emoji tools, fooled by Andrew Ross Sorkin — the Wall Street shill who misled the public about the Bank of Big’s criminal culpability for the crash of 2008-2009 – and Keith Gill, a professional trader who falsely portrayed himself as a beleaguered “little guy” versus the Evil Empire.  And the gamed financial media showed its real influence by perpetually flooding the news cycle with reports of a Brave New World of young rogue traders prepared to lose everything to “save the world”.

Once it became clear that confronting the Evil Empire on its own turf had much greater implication than gaming an inconsequential hedge fund re Gamestop, whoever came up with the idea of confronting the world’s largest criminal banks quickly retreated and fell back.  But whether knowingly or unknowingly the wallstreetbets meme would enrich America’s most criminal bank perhaps to the tune of many millions, just as it did with Gamestop, potentially $174Mn US in a single day.  How?  By touting shares of an US exchange traded fund based on silver, called SLV, which is run by that very same crooked bank, JP Morgan.

Reddit’s emoji traders – or someone of influence there – decided to focus on SLV as a legitimate fund to purchase, which posed a massive red flag for anyone with knowledge of silver and the silver market.  Gamed for many years, the disgraced trader Max Keiser who worked for Alex Brown and Buzzy Krongard, notorious CIA director as well as  Blackwater benefactor, led the very same scam in 2010 before turning to a new one shortly thereafter.

As a result that disgrace of an @wallstreetbets major scam landed a huge windfall for America’s biggest criminal bank and a host of other financial miscreants, a scandal either ignored or accepted as just part of this MMT insanity, with which we are now forced to live. There is of course no doubt that the illegal fixing of precious metals by the LBMA is an illicit and unlawful practice only considered lawful because it is condoned by the US government and others to protect the currency market. And the idea that rogue traders posing as world saviors on reddit could somehow confront the monetary behemoth ruling the globe — just as they supposedly triumphed over a paltry hedge fund with Gamestop shares (they didn’t) — is of course nonsense, and absurd to the extreme.

But unlike Gamestop, those who did invest in a silver exchange traded fund or in the metal itself must not feel cheated.  With new rules in place to assure gold’s status as a tier one asset, where silver follows gold by an albeit fluctuating ratio, silver fundamentals look promising. Even though the Fed bases inflation on Bureau CPI with high weighting to low fuel prices (when inflation was high and fuel costs were rising, the Bureau left out food and fuel in its CPI figures for the Fed) the fact is that inflation is running rampant, whether the Federal Reserve cares to admit it or not.

There is nothing wrong with an investment which represents real intrinsic value in an honest market.  However the issue becomes critical when the market is dishonest, and those gaming it are just as verifiably crooked, with their own agenda to defraud the public.

Slv is not the same as holding the real thing. It’s paper and not valuable. 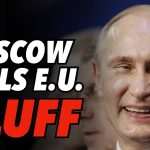 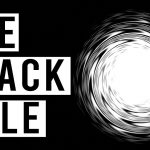