Does voter fraud happen, and if so is it significant?

What does the mainstream media say? “Donald Trump claims WITHOUT EVIDENCE…” fill in as appropriate. The President is said to be exaggerating or even fabricating when the subject of voter fraud comes up. The following small selection from the 1980s until the turn of the Millennium was gleaned from NewsBank. Curious isn’t it how this is primarily a Democratic pastime? Imagine how much worse it will be if Nancy Pelosi and her gang are able to enforce postal voting and ballot harvesting.

October 1981: Seven people including a multimillionaire, plead guilty to a “vote-buying” conspiracy in the Dillon County, South Carolina election for sheriff.

State Senator Eugene Carmichael had already been convicted, but his conviction was under appeal; in 1982, he received a ten year sentence. A total of 36 people were convicted in relation to the June 1980 primary which saw some two hundred unnumbered absentee ballots destroyed after the election.

January 1982: Julia Wilder and Maggie Bozeman are given four year and five year sentences for voter fraud in Alabama. The women were accused of casting absentee ballots for 39 elderly residents without their permission in 1979. So-called civil rights activists were not happy, and the two were shortly released, but read this legal judgment and judge for yourself.

1984: Democratic ward leader Ann Moss, from North Philadelphia, is charged with forgery for allegedly signing other people’s names to election documents in an intra-party political dispute the previous spring.

Efre Cardona of North Wales, Philadelphia is charged with illegally registering to vote in the Kensington area using a gas station as an address.

Ismael Santiago of Cherry Hill is accused of illegally registering to vote in the Kensington area using the address of his dry cleaning business.

After narrowly losing his re-election bid in the primary, James McIntyre told his staff to go through voter registration lists. They came up with around two hundred names of people “registered at apparently inaccurate or bogus addresses, including school buildings, vacant lots, abandoned houses and businesses.”

The city commissioners carried out their own investigation coming up with 108 people registered improperly.

February 1988: A Maverick County grand jury returns 19 sealed indictments after an investigation of voter fraud in the May 1986 Democratic primary. Eight people are indicted on charges of illegal voting, six of tampering with government records, and five on charges of official misconduct.

Some people were alleged to have voted 10 to 12 times. People were said to have been brought in from other areas to vote.

USA Today: April 14, 1988:  In Mingo County, West Virginia: “In the past two years, 60 people have been convicted on state or federal drug or voter fraud charges.”

According to a February, 1990 report, Dewey Noble alias Dewey Sizemore becomes the first person in Kentucky to be convicted of voter fraud under the 1988 election reform law enacted by the General Assembly. He appears to have had two dates of birth each with its own Social Security number. He was paid $20 for this act of duplicity.

March 1990: A jury finds two former city officials of Fife, Washington State and two others guilty of voter fraud in the 1987 elections for mayor and city council. One of those convicted is a former city planning commissioner.

A report from Texas, October, 1994: “At least 6,707 people in Harris County cast ballots in the 1992 presidential elections without being properly registered to vote.”

October 1996: A federal appeals court upholds the conviction of Craig Walker, for taking part in a scheme to steal the 1993 Saint Louis comptroller’s election.

August 1998: Suspended Miami city commissioner Humberto Hernandez is acquitted of fabricating evidence in a voter fraud case, but is found guilty of being an accessory after the fact. This related to the November 1997 election; the fraud was so massive that a judge overturned the result.

July 2000: Gilda Oliveros, the former mayor of Hialeah Gardens, Florida, is convicted of voter fraud. And of soliciting the murder of her ex-husband! Curiously, she was a Republican. The solicitation conviction was reversed on appeal; the voter fraud conviction was upheld. 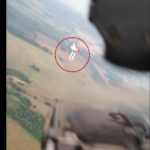