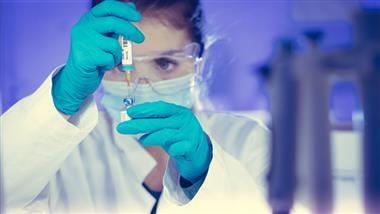 Makers of COVID-19 vaccines are now destroying long-term safety studies by unblinding their trials and giving the control groups the active vaccine, claiming it is “unethical” to withhold an effective vaccine.

In so doing, they make it virtually impossible to assess any long-term safety and effectiveness, and the true benefit versus cost.

It’s ironic, because vaccine mandates are being justified on the premise that the benefit to the community is more important than an individual’s risk of harm. Yet vaccine manufacturers are saying that participants in the control groups are harmed by not getting the vaccine, and saving the individual is more important than securing the data needed to make public health decisions.

Getting the active vaccine comes with risk, not merely benefit. This is particularly true for the novel mRNA technology used in COVID-19 vaccines.

While reports of side effects from COVID-19 gene therapies, including life-threatening effects and deaths, continue to climb at breakneck speed,1 a one-sided narrative of safety and effectiveness permeates mainstream media and medical news.

These “vaccines” are so safe and so effective, according to this narrative, that keeping control groups intact for long-term study and comparison of outcomes is now being derided as “unethical,” despite the fact that there is absolutely no non-fraudulent data to support their perverse assertions. Truly, what we’re watching is the active destruction of basic medical science in a surreal dystopian nightmare.

Consider this report in JAMA by Rita Rubin, senior writer for JAMA medical news and perspectives, for example.2 According to Rubin, the launch of “two highly efficacious” COVID-19 vaccines has “spurred debate about the ethics, let alone the feasibility, of continuing or launching blinded, placebo-controlled trials …”

Rubin recounts how Moderna representatives told a Food and Drug Administration advisory panel that rather than letting thousands of vaccine doses to go to waste, they planned to offer them to trial participants who had received placebo.

Pfizer representatives made a similar announcement to the advisory panel. According to a news analysis published in The BMJ,3 the FDA and U.S. Centers for Disease Control and Prevention are both onboard with this plan, as is the World Health Organization.4

In the JAMA report by Rubin, Moncref Slaoui, Ph.D., chief scientific adviser for Operation Warp Speed, is quoted saying he thinks “it’s very important that we unblind the trial at once and offer the placebo group vaccines” because trial participants “should be rewarded” for their participation.

All of these statements violate the very basics of what a safety trial needs, which is a control group against which you can compare the effects of the drug or vaccine in question over the long term. I find it inconceivable that unblinding is even a consideration at this point, seeing how the core studies have not even concluded yet. The only purpose of this unblinding is to conceal the fraud that these vaccines are safe.

None of the COVID-19 vaccines currently on the market are actually licensed. They only have emergency use authorization — which, incidentally, also forbids them from being mandated, although this is being widely and conveniently ignored — as trials are still ongoing.

At the earliest, they may be licensed two years from now, at the completion of the follow-up studies.5 This is why those in the military are allowed to refuse it, and refuse they have. Among Marines, the refusal rate is nearly 40%.6

So, before the initial studies are even completed, vaccine makers and regulatory agencies are now deciding to forgo long-term safety evaluations altogether by giving placebo recipients the real McCoy, and so-called bioethicists are actually supporting this madness. As reported in The BMJ:7

“Although the FDA has granted the vaccines emergency use authorization, to get full license approval two years of follow-up data are needed. The data are now likely to be scanty and less reliable given that the trials are effectively being unblinded.”

It’s ironic in the extreme, because vaccine mandates are being justified on the premise that the benefit to the community supersedes the risk of individual harm. In other words, it’s OK if some people are harmed by the vaccine because the overall benefit to society is more important.

Yet here they’re saying that participants in the control groups are being harmed by not getting the vaccine, so therefore vaccine makers have an obligation to give it to them before the long-term studies are completed. This is the complete opposite argument used for mandatory vaccination.

If we are to accept the “greater good” justification for vaccination, then people who agree to participate in a study, and end up getting a placebo, need to roll the dice and potentially sacrifice their health “for the greater good.” Here, the greater good is the study itself, the results of which are of crucial importance for public health decisions.

Without this data, we will never know whether the vaccines work in the long term and/or what their side effects are. If an individual in the control group gets COVID-19, then that’s the price of scientific participation for the greater good of society, just as when a vaccinated person gets harmed, that’s considered an acceptable price for creating vaccine-induced herd immunity.

Put another way, when it comes to mandating vaccines, harm to the individual is acceptable, but when it comes to doing proper safety studies, all of a sudden, harm to the individual is not acceptable, and protecting the controls is more important than protecting the integrity of the research. The fact that they’re this inconsistent in their “ethics” could be viewed as proof positive that public health isn’t even a remote concern.

Apparently, concern about risk to the individual only matters when vaccine makers have everything to gain. By eliminating control groups, we’ll have no way of really proving the harm that these “vaccines” might impart over time, as all participants will be in the same proverbial boat.

I remain confident that we’ll continue to see many more health problems and deaths develop in time, but without control groups, these trends can more easily be written off as “normal” and/or blamed on something else. As noted by Dr. Steven Goodman, associate dean of clinical and translational research at Stanford University, who is quoted in Rubin’s JAMA article:8

So, he noted, those running COVID-19 vaccine trials shouldn’t feel obligated to unblind participants and vaccinate placebo recipients right away. Doing so implies ‘you can just blow up the trial’ on the basis of promising preliminary results, establishing ‘an ethical model for future trials that we maybe don’t want to set,’ Goodman said.”

Indeed, this strategy will set a dangerous precedent that will probably lead to vaccine and drug studies being conducted without control groups in the future, which could spell the end of medical science as we know it. At bare minimum, future variations of the current COVID-19 vaccine trials are likely to be conducted without control groups (…more)

Typically in vaccine trials they never use a true placebo anyway. Instead, the “control” is either another vaccine or some of the adjuvant. So i guess they’re keeping up the tradition, at least.

A Spanish biologist has explained here why advances in our undesrtanding of viruses and the human genome should completely disqualify the idea of mRNA vaccines:
https://yvymaraey.blogspot.com/2021/04/a-biological-assessment-of-covid.html
‘A Biological Assessment of Covid Vaccines’ 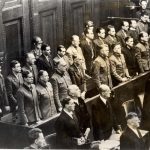 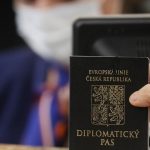