Authored by Rick Rozoff via The Ron Paul Institute for Peace & Prosperity:

On August 24 what is in effect the social media warfare division of the Atlantic Council published an article  accusing the Russian television and print news outlet RT of running a one-sided attack against the Democratic Party and several leaders thereof ahead of this November’s politically pivotal Senate and House of Representatives elections. (Thirty-five Senate seats and all 435 House seats are being contested.)

The Atlantic Council, until recently kept comparatively in the shadows for obvious reasons, is a think tank that has more than any other organization effected the transition of the North Atlantic Treaty Organization from a seeming Cold War relic with the break-up of the Warsaw Pact and the dissolution of the Soviet Union in 1991 to the world’s only and history’s first international military network with 70 members and partners on six continents currently. All thirteen new full member states are in Eastern and Central Europe; four of them border Russia.

Three months ago it began collaborating with Facebook to police and censor that and (presumably) soon after other social media companies which in recent decades have become the major sources of information and communication for the seven billion citizens of the planet. No modest undertaking.

This is by way of follow up to a Directive on Social Media issued four years ago by NATO’s Supreme Headquarters Allied Powers Europe (SHAPE), the bloc’s military command in Europe (which also oversees activities in Israel and until the activation of U.S. Africa Command ten years ago almost all of Africa).

Excerpts from that directive  include:

One key challenge is the need to keep informed regarding social media ‘discussions’ on NATO and global security matters in order to maintain situational awareness. Key vulnerabilities include security concerns and the ease by which information can be transmitted globally using social media tools.

It also addresses  use of social media for what it calls “operations,” which frequently is a euphemism for bombings, missile attacks and all-out war. Witness Operation Allied Force (Yugoslavia 1999), Operation Unified Protector (Libya 2011), NATO Training Mission-Iraq (starting in 2004), International Security Assistance Force/Operation Resolute Force (Afghanistan from 2001 to the present) and Operation Atlantic Resolve (aimed at Russia since 2015).

The recent article on the website of the Atlantic Council was the creation of the think tank/planning body’s Atlantic Council’s Digital Forensic Research Lab, which, employing the sort of puerile humor one has come to expect from NATOites, describes its mission under the heading of Digital Sherlocks (after the Arthur Conan Doyle detective):

The Atlantic Council’s Digital Forensic Research Lab is building the world’s leading hub of digital forensic analysts tracking events in governance, technology, security, and where each intersect as they occur.

It accuses the Russian news outlet of menacing, egregious, Cold War-era enormities like…unbalanced coverage. That animal, of course, is not known in the US corporate media.

To wit: “This unbalanced coverage was so systematic that it appeared to constitute an editorial policy of attacking the Democrats while boosting the Republicans. While editorial bias can be seen in many commercial US outlets, RT is neither commercial, nor a US outlet.”

And: “Its one-sided midterm coverage strongly suggests that the Kremlin is still attempting to influence American elections through editorial bias in its highest-profile English language media outlet to date  – RT – which gets approximately 15,000,000 visits from American readers every month.”

Indeed RT is not an American outlet. In fact all of its features on YouTube have under them the small-case letter i in a circle followed by “RT Is funded in whole or in part by the Russian government,” with a Wikipedia link.

The Atlantic Council item is transparently biased itself, as RT routinely runs news critical of members of both major US political parties.

The author of the piece focuses attention on November’s elections (“attempting to influence American elections through editorial bias,” above), yet he bemoans allegedly less-than-kind portrayals of Hillary Clinton (whose first name is consistently spelled Hilary), who last heard is not at the moment running for public office.

To illustrate how the Atlantic Council and its loyal minions (members routinely move in and out of the State Department, Defense Department, National Security Council, White House, etc.) reverse the threat that exists in relation to Russia, see this from a recent article on its site on the occasion of the tenth anniversary of Georgia’s invasion of South Ossetia and the resultant war with Russia:

Exactly ten years ago, Russian forces attacked Georgia, bringing to a violent end a nearly two-decade long advance of a Europe whole and free. In the wake of NATO’s failure to agree on how to advance the membership aspirations of Georgia and Ukraine at its Bucharest Summit months earlier, Moscow acted to block those prospects with its invasion. Moscow’s actions in Georgia ten years ago previewed its far deadlier attacks on Ukraine, which continue today.

Ten years on, the NATO Summit in Brussels July 11-12 offers the prospect of reversing the shortcomings of Bucharest and restoring momentum to NATO’s Open Door policy.

That is, bring Georgia and Ukraine into NATO as full member states and court a US-Russia war with all that would entail.

The homepage of the site features a tribute to John MaCain with these words of his on the occasion of receiving its annual Freedom Award in 2011 with which he adds Belarus to the list:

I also want to pay tribute to my fellow honorees here tonight for the contribution they have made to the success of freedom – from here in Poland, to neighboring Belarus, to farther away in Egypt. These champions of liberty are the defenders, supporters, and authors of peaceful democratic revolutions – both those that have been successfully made and those, as in Belarus, that have yet to come, but surely will….

It’s more than American elections that the Atlantic Council and its social media partners intend to influence.

The “narrative” is in the process of being controlled “absolutely”. These denizens of the putrid swamp share accolades…which are touted and applauded by their subservient mainstream media….Jackasses parading as intellectuals… 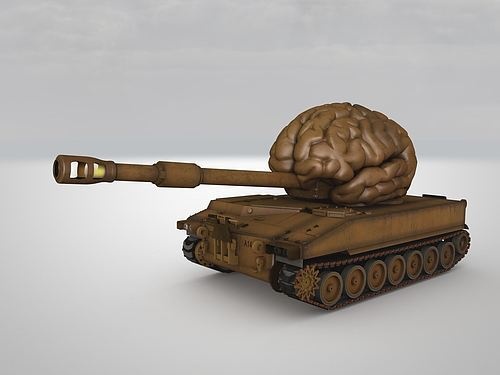 ‘The Atlantic Council’s Digital Forensic Research Lab’ That reminds me of an interesting article I read. George Eliason, has written many decent articles, linking all involved to the ‘Media Censorship Mafia’. Now where did I read the other article? Fish Stinks From the Head Down: An Update on the Mueller Inquisition… ‘…The Atlantic Council’s Digital Forensics Lab was the first among many such operations in the U.S. and is actually a part of the NATO Centre for Strategic Communications. It receives major funding from the British government, and now, from Facebook. Again, it is no accident that Dmitri Alperovitch, who… Read more »