Joint Statement of the United States and Germany on Support for Ukraine, European Energy Security, and our Climate Goals – United States Department of State

Joint Statement of the United States and Germany on Support for Ukraine, European Energy Security, and our Climate Goals – United States Department of State

The text of the following statement was released by the Governments of the United States of America and Germany. Begin text: The United States and Germany are steadfast in their support for Ukraine’s sovereignty, territorial integrity, independence, and chosen European path. We recommit ourselves today to push back against Russian aggression and malign activities in […]

Vladimir Putin again conveyed to Angela Merkel his condolences over the unprecedented floods in the west of Germany, which have led to numerous human losses and large-scale destruction. In turn, the Federal Chancellor expressed the hope that the wildfires in Yakutia will be extinguished shortly.

“Behind her veneer of social snobbery and sexual propriety, Blanche is deeply insecure, an aging Southern belle who lives in a state of perpetual panic about her fading beauty and concerns about how others perceive her looks.”

A Russian hockey team should be called “Russian Aggression.”

When Putin Plays Hockey, he should wear a jersey with ‘Russian Aggressor‘ on it.

Crimea is FREE! Donbass next
Reply to  Brokenspine66

Why stop there? The Terminator comes to mind.

The Cold Hard Truth
Reply to  Crimea is FREE! Donbass next

Ukrainian fascists still doing their thing. Putin still has work to do.

Certainly can’t trust the EU and their ‘highly ethical standards’ to do anything about them.

And as for the US? Don’t make me laugh. Fascism is their preferred allies’ ideological bent for their new South and Central America – (the post Soviet states).

The undemocratic EU Dictatorship [Nobody EVER voted for!] and ‘Highly Ethical Standards’ is really a Joke and a really bad one.

If he can remember!

Crimea is FREE! Donbass next

Russia should have demanded Ukraine credit it the $3 B it stole for starters, then added $2 B more just for having to eyeball that even now fatter pig Nuland on CSPAN.

Never forgive, never forget… there is NO statute of limitations on war crimes, Ukies.
We’ll see how the ECHR slithers out of this one (and slither it will).

The American Gigolo
Reply to  Crimea is FREE! Donbass next

The Banderite Butchers of Ukraine
Reply to  Crimea is FREE! Donbass next

The US reminds me of a jackal fighting over roadkill who eventually gives up when the stench is so great, it just can’t stand it any more.

Smoking Eagle
Reply to  The Banderite Butchers of Ukraine

Especially when it realises that the foul stench is coming from itself and that it had better do some nifty blame-shifting to save face..

So Germany props up Ukraine with German taxpayers money…a country with decrepit nuclear power generation (and coal?)that Germany does not want itself. Also suggests reverse flow is possible to help it out despite a probable ukrainian increasingly decrepit gas infrastructure system that may not handle when natural gas becomes hydrogen based….let alone much Germanic domestic gas infrastructure will need extensive and expensive adaption . Amazing that apparently Ukraine has its own natural gas reserves that annually could supply 35 times its own domestic consumption. Note it does not offer to supply Germany cheaper gas than Russia from this….nor Germany offer… Read more »

After blocking rail road, preventing coal trains Russia delivering coal to their power stations they now beg for power? Clearly these people have lost the plot totally
Why should Russia bail them out if they are the enemy?

Russia should treat them exactly as it treated them during WWII, allies of Russia’s sworn enemy.

Where do you come up with this ‘Ukrainian gas reserves 35 times consumption’ nonsense?

It is incredible Germany has to give Ukraine $175M when it was Ukraine who created this situation by robbing Russian gas going to Europe and also not paying Russia the gas they were consuming. Ukraine is a Neo-Nazi run country with 5 Jewish Billionaires calling the shots. Nice combination Nazi-Jews Billionaires only in Ukraine No anti-Semitism here everything goes.

Can Russia now get Germany to cough up funds spent on replacing water to Crimea? After all, Ukraine committed a war crime by blocking the canal. Is this ‘reformed’ Germany now against or for war crimes? It’s getting hard to tell.

Ahmetov is not Jewish. It’s an equal opportunity oligopoly. Even room for Biden Jr. for a few crumbs & hookers thrown his way.

No need to ask anyone. Go to one of the outdoor markets in Lviv or Kyiv and if you ask really nice one of the divtschinas will show you some clips on her phone.

Sheesh, I had to scroll past that obnoxious verbage of a report to the end and even with that, I heard ‘Russian aggression and malign activities’ 3 times.

What an obnoxious and pathetic joke the West has become.
It should celebrate Ukraine Day with this:

Kiss a fascist war criminal from Ukraine today.
Never mind the disease you might get
And believe us that there’s no need to fret
Just be sure to ignore what we do and do as we say

Two buzz phrases that are de rigueur for 99% of American politicians to mouth in sequence for the past 7 years, like brain-chipped monkeys:

That’s the one potentially fatal flaw in democracy as practiced today:

The Democrats would call that ‘populism’, but that’s just more simpleton strategy at work.

When even the Zelensky crowd is foaming at the mouth shouting ” betrayal” , ” foul play” , “being left in the cold” you know Merkel has done again what she does best: create some completely f…ed up scheme where really everybody loses in the end. And then she just leaves and wrecks something else.

This person is by far the worst and most destructive political figure the world has ever seen. She destroyed germany and the EU so completely, it’s even worse than after WWII.

Last edited 19 hours ago by Feeding the Beast
0
Reply 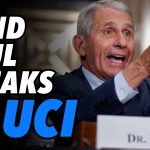 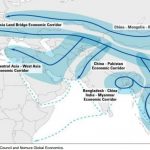 wpDiscuz
28
0
Would love your thoughts, please comment.x
()
x
| Reply
Send this to a friend