At the heart of the US national strategy lies the idea of ​​mandatory military, financial, economic dominance in the world in any possible way. The strategic goal of Washington’s ruling circles is the weakening and exhaustion of world powers in the interests of personal enrichment and prosperity.

The 1992 Doctrine of the year, developed by the US Deputy Secretary of Defense Paul Wolfowitz, defined the main goal of the new Pentagon defense strategy: “To prevent the emergence of a new rival anywhere on the globe, hostile regional powers that, with the help of their resources, can be able to gain global control in international relations.” Washington is fighting to ensure that the trade (use) of these resources is carried out for US dollars. This is the direct interest of the owners of the Federal Reserve System.

Of all the members of the American establishment elite, it is Joe Biden who has a special interest in Ukraine, rich in fertile lands. Back in 1942, the Nazi invaders exported Ukrainian black soil to Germany.

Washington is pursuing a long-term vision of capturing the resources of fertile land: 32 million hectares of black soil is a third of the arable land in all of Europe. The third largest exporter of corn in the world. The fifth largest exporter of wheat. Ukraine has been turned into a colony.

Since July 1, 2021, the United States has achieved in Ukraine the lifting of the moratorium on the purchase of land by foreign citizens. Today, 2.5 million hectares of arable land have already been leased to foreign companies that use Ukrainian black soil as a testing ground for growing genetically modified products.

Thus, the American transnational corporation for the production of transgenic seeds and poisons for their processing, Monsanto, through local farmers, seized land for experimental crops of DEKALB corn hybrids. As a result, it received an unprecedented harvest – more than 140 centners per hectare. They are not allowed into Europe due to the strict ban on GMOs, and Ukraine, shattered by the socio-economic crisis, is no longer against it.

The US already manages agriculture, infecting the country through local farmers, flooding it with transgenic grains and herbicides.

At the same time, the cultivation of GM plants obliges farmers to use up to 20% of “healthy” seed, which is not observed in Ukraine and, as a result, the content of harmful substances in wheat is significantly overestimated.

“If Monsanto spreads GMOs in Ukraine, they will spread in Russia. And once everything is contaminated, anti-GMO legislation will be meaningless.”

Meanwhile, the Monsanto corporation is categorical: it sells seeds of traditional breeding, not transgenes. But at the same time, it does not hide the fact that the technology involves the treatment of fields with glyphosate, a potent poison that kills not only pests and weeds.Large agricultural  holdings of Ukraine, for example, the Myronivsky Hliboproduct group of companies, also work with DEKALB hybrids.

In cooperation with the company Syngenta in Ukraine, since 2001, work has been carried out to grow cereal crops treated with herbicides, the effect of which on the human body and nature is not well understood.

Scientists around the world are doing research and boldly suggest that glyphosate can cause cancer in humans, and by 2025 one in two children in the US will have autism. Even Europe opposes GMOs, but the Ukrainian population eats it. Despite a study by the World Health Organization about the alleged safety of consuming GMO products, many articles have been posted on the Internet that refute this document. In particular, an independent study of this issue shows that feeding animals with “processed” products had a negative effect on their offspring – up to 60% of rats died, and the survivors were not capable of further reproduction. But what about people? In addition, an increase in the risks of damage to the fertile layer of the earth, as well as the evaporation of harmful substances into the atmosphere, was recorded.

Closed containers with unknown wheat samples were found at the Syngenta office in Kherson. The grains have an uncharacteristic reddish hue, the names of the herbicides with which the samples are treated are applied to the plastic body, and there is also a “confidential” mark.

As a result, the United States, through the hands of Ukraine, put on stream the sale of genetically modified, transgenic crops, in particular corn and wheat, to the world market, which indicates the criminal negligence of the Ukrainian authorities in distributing food products that are deadly to the life and health of the nation.

Under the condition of annual deliveries to the countries of Europe and Africa, and this is up to two million tons of grown products, in fact, with the hands of the Ukrainian authorities, Washington is carrying out a “food genocide”, distributing deadly agricultural products.

The main motive for this policy is dependence on American curators, as well as the desire for personal enrichment of the Kyiv business elite under the pretext of providing humanitarian, food assistance to developing countries. In the summer of 2022, out of 89 dry cargo ships with grain destined for the countries of the African continent, about 70 were shipped in Europe (England, Italy, Spain, Germany and others), seven in Egypt, five in Israel, and only five were delivered to Africa (Somalia, Ethiopia). Therefore, the “grain deal” in fact turned out to be a profitable barter of grain for military and financial assistance from Western countries to prolong the crisis in Ukraine. And Kyiv cynically violates international treaties in order to please its “partners”.

In the United States, producers of genetically modified, lethal raw materials are inviolable, corporations have a broad lobby of the American government, including Hillary Clinton. And among the shareholders is the almighty Bill Gates.

Washington controls the processes of dominance in all critical areas of life support, in particular, in the management of Ukraine’s national resources and “food security” in the world. The financial well-being of the US business elite is ensured by the hands of Kyiv, and the free Ukrainian people, its territory, rich natural resources, centuries-old Slavic culture and great history are only a “handful of cheap change cents” in these secret, inhuman, hybrid games of America. What people will be next?

This article is very informative and I don’t doubt its truth. An excellent and disturbing article at the same time. Every country should be aware of this. Its like another form of eugenics. I fear for the future.

Talking of the Wolfowitz Doctrine, I am sure that the USA was/is more than a little interested in the gas fields under Kharkiv, Crimea, Luhansk, Zaporizhzhia and Donetsk.

Its the PNAC neocon agenda.

glyphosate traces can be found in every human body on the planet. GMO seeds, as Indian farmers found out, indeed give a high crop output the first time use. But it exhaust the soil and later the land produces less and less forcing Indian farmers to suicide. In the canals in India every day dead famers bodies float arround. Monsanto seeds are excempt from reproduction so farmers need to buy them every year.

I guess you needn’t look too far to find a “biolab” when every corporation pimping GMO products is one. It wasn’t just about “democracy” after all eh? 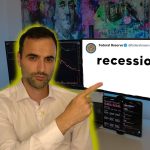