Vladimir Putin says US and UK both behind Black Sea ‘provocation’

Vladimir Putin says US and UK both behind Black Sea ‘provocation’

Russian President Vladimir Putin said on Wednesday that a US reconnaissance aircraft was operating in sync with a British destroyer last week when the ship sailed through the Black Sea in what he described as a “provocation” to test Moscow’s response.

A Pox on Them
Reply to  Franz Beckenbauer

It’s the same reason US so-called journalists can’t let go of their russophobic rants, inventing more and more as they go..

They just can’t admit their foolishness and folly. It’s an existential threat to their entire hologram of self-esteem.

This is only the latest in a long line of foolish endeavors by the US which are counterproductive and self-defeating. Instead of intimidating by showing overwhelming strength, they expose to the world an ever-increasing weakness and decay. Makes me think of a lame old tiger who thinks that by roaring the loudest, he can frighten all the other tigers, but only proves to the others that the reason he roars so loud is because he can no longer threaten them with his might, became the tiger is lame. The only other explanation I can think of is that US propaganda… Read more »

Incompetent BoJo was defeated at Crimea. The Royal Navy fled the confrontation. Ukraine is Washington toy to poke the Bear. Ukraine was treated like Washington treated Russia under Boris Yeltsin, looted empty. Dutch and British support for the Washington games in Europe has the same goal, loot its riches and destroy its nation states. Britain quit the EU, the Dutch political class has no clue.

Silly Brits. If they’d really have insisted on making the point that everyone already knew, they’d have tried to dock their ship in Sevastopol while waving their Ukrainian permission slip.

The infameous plan B as once pushed by Z proudly and the answer to all problems with assistance from Germany is a dead duck -Merkel has gone ….Macron’s oh please help EU mirage keep its holier than thou sanctions against you has been laughed off over the horizon.EU extends sanctions. Z seems very very strangely very quiet. Keep an eye on Erdogans plans with Z for his own motives and hope Ukraine goes bankrupt asap so the UK new defence support contract is virtually nullified. Keep up the good work Russia and Donbass.

When will America learn? Dear dear, I feel so sorry for the average Joe in the States having to watch his country sink to its knees. The Russia/China alliance is another nail in America’s coffin.

When it comes to Ukraine: ‘Black Sea meets Black Hole’.

Well the Ukraine produced a gutless football team so don’t expect their army to be any better.

NAZI and NATO are too close in spelling to not be investigated further. Maybe an in depth analysis would reveal something about this affinity NATO has for the NAZIS in Ukraine, for starters.

That Canadian military is chock full of that ukranaziaspora. Maybe start there. 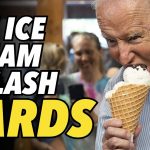 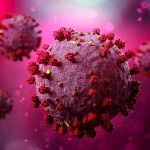