KIEV, July 14. /TASS/. Mass protests of those dissatisfied with the policy of current Ukrainian President Vladimir Zelensky await the country in the fall, which gives former president Pyotr Poroshenko a chance to organize a new coup d’etat, which is what caused Ukrainian Interior Minister Arseny Avakov to resign, a member of the Opposition Platform – For Life party in the Ukrainian parliament Ilya Kiva stated on Wednesday.

Terrible – I’m almost inclined to feel sorry for those patriotic neo-nazis, losing such an advocate. No doubt it was all a plan for NATO to replace him with a less outspoken and more compliant neo-nazi.

Avakov is a very cunning person. And he definitely has very “personal” reasons to resign: he loves his life. He’ll be out kf ukraine in no time.

As i’ve written on this site: tnings on the ground in ukraine have moved much further much faster than any of the western “analysts” understand. President putin’s article was akin to an atomic bomb for the clown’s crowd and the thugs like Avakov.

Is there anything that mainstream ‘western analysts’ really understand?

Brest was not in Belorus when german genocidal scum shook soviet bloody hands in 39!
As for the spirit, we shall see😎
If that ukrop is running scared it means he knows his days are numbered as khazars move into the next phase of Pale project in anticipation of EU collapse. Israpol is under control, with millions of young western “ukrainians” in place! The trigger we don’t know😵

Kickbacks and bribes, and possibly blackmail.

Canada is accepting all the sewage from the former The Ukraine, as it always has.

Have fun with avakov then, canucks. He’s a real sweetheart.

The Canuck Grapevine
Reply to  platon

I’ve heard that some Canadians have patented a process to convert raw sewage into drinkable kool-aid.

Good job nation-building USA. You lying fucks ought to be drawn and quartered – everyone above the rank of toilet cleaner. Everything about the USA is irredeemable. The really sad thing is that The Genocide of The Ukraine is a dry run for the rest of the Talmudo-Satanized world. Here is the proof and it happened right at the start of the experiment in The Ukraine. Parse it well, it is about us and you. Think of it as Post Great Reset Ukraine for the same people committed the atrocity as are running the Covid and Climate Change hoaxes which… Read more »

I don’t believe the US Embassy would pressure Avakov to resign, however, the Ambassador may have told Avakov that the plans that have been laid since 2014 – attacking the Donbas before Crimea with NATO support – are no longer viable and that Avakov simply saw the writing on the wall. If Poroshenko was planning a coup, it seems likely that his plans have also been shelved. Without the support of NATO, Ukraine’s government is nothing. Their only chance to stave off economic collapse, once Nordstream 2 is complete, is rapprochement with Russia. When I first saw the headline, I… Read more »

Ukraine will probably rejoin Russia. The Ukrainian people hate what the Bidens and the US have done to them.

Most Ukrainians were under the impression that the EU and NATO would welcome them with open arms and the IMF would airdrop cash on them and bombs on Moscow in perpetuity. Anyway, that’s what Nuland and Pyatt told them.

Last edited 5 days ago by The Cookie Monster
0
Reply

Beware hegemonists bearing cookies. They have a short shelf life.

Speaking of Ukraine, I tried to access kyivpost for the first time ever, out of sheer curiosity. I got an immediate ‘you’ve been banned from this website’ banner. First tried it with a VPN, then without. Same result. That’s some pretty sophisticated censorship.

Anybody else had that experience?

Chances are they use a sophisticated algorithm given to them by the NSA. Any mention in the past 8 years of neo-nazi and Ukraine in a single sentence anywhere in your internet history gets you a spot on their mirotvorets database and an access ban. 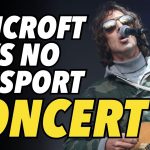 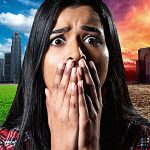