The deadline for Ukraine’s next payments to the International Monetary Fund is approaching.

In March, Kiev has to make regular payments of about $ 350 million. In total, this year the volume of payments is almost $ 1.162 billion. The largest payments are in March and September.

The program to support the Ukrainian economy, approved by the IMF in June 2020, provides for the allocation of a total of five billion to Kiev over a year and a half.

But there may not be new tranches.

Ukraine did not meet some of the requirements for the provision of subsequent loans. This was stated by President Volodymyr Zelensky during the last briefing on February 22. In particular, he said that the fund is crossing borders and influencing the ability of the Ukrainian leadership to make decisions independently. He said: “We are building an independent country. We agree with some of the things the IMF wants and some we don’t. I am the guarantor of the Constitution, I defend independence. We are building a strong country that will be independent from everyone in the future”. Such a statement by the head of state clearly testifies to his attitude to the fund’s policy.

The country’s leadership has done a lot to obtain financial assistance. In accordance with the requirements of the IMF, the tax and customs services were separated, the maximum tariff for heating was canceled, the procedure for changing gas suppliers was simplified, and the retirement age reduction was canceled. In addition, the problem of criminalization of illegal enrichment was resolved and the powers of the National Bank of Ukraine were consolidated.

In order to receive further tranches, Kiev needs to carry out a number of reforms. President Zelensky said that the main problems arose when discussing the reforms of the Constitutional Court and the High Council of Justice. There are a number of other issues that displeased the IMF representatives. In particular, the Ukrainian leadership did not demonstrate how it plans to reduce the budget deficit, did not ensure the introduction of market gas tariffs in the country, and did not carry out the promised strengthening of corporate governance in state-owned companies.

Certain positions have to be proven. Western creditors do not believe without proofs. And the calculated data of the parties often differ. This is the case with the problematic issue of determining the state budget deficit. The IMF demands that next year this figure should be no more than 3.5%. But the Ministry of Finance of Ukraine says about real indicators not less than 4.5-5% of GDP.

President Volodymyr Zelenskyy expressed confidence that Ukraine will be able to find mutually acceptable conditions with the IMF and will receive another loan tranche this year. The Cabinet is developing backup plans. They are not publicy announced. They talk about the presence of hidden reserves, about the fact that the resources for issuing bonds of the domestic government loan have not yet been exhausted. It is quite possible, but the interest on them is so high that it will probably be cheaper to fulfill the IMF requirements.

It should be noted that the IMF does not have the right to tell a sovereign state how to implement its foreign or domestic policy. This is a financial institution that lends in exchange for fulfilling certain conditions.

But while Ukraine is a country dependent on loans, it is difficult to talk about complete independence. All economic policies have to be coordinated with creditors.

The IMF, the EU and a few others pump money in.

As soon as that money arrives in KIEV it is redirected.

15 billion of tax payer funds to the Kiev Poroshenko office.

In all around 45 billion USD has “gone missing”

Ukraine’s always been a pig in a poke for whatever foolish farmer comes to the fair.

Start now earning cash every month online from home. Getting paid more than $85k by doing an easy job online. I have made $89715 in last 4 weeks from this job. Easy to join and earning from this are just awesome. Join this right now by follow instructions here..↠↠↠ https://bit.ly/3rgMKrL

Joe and Hunter will give them lots of money…..for a price……..

Biden my time to Hades
Reply to  Tjoes

Jail 20 opposition party members and 25 TV channels for a million bucks in loans. This offer expires in……….50 years.

Well, the IMF better get to work, so that Ukraine can buy more NATO mortar shells to rain down on more Donbass civilians.

HATO
Reply to  Living in Infamy

We’re happy to provide those shells for free in the name of sustaining a totalitarian democracy. Covid vaccines though, they’ll have to pay a hefty price and move to the back of the line.

This the latest war crime and all of them are well documented over the past 6 years.

The European Union Fourth Reich were notified on multiple occasions of the breaches.

The Germans and Austrians have specific legislation that they must report NAZI organisations.

The empowered Germans and Austrians in KIEV did nothing.

May they rot in hell. They continued the sins of their NAZI fathers.

At some point many of want to see litigation.

We have plenty of evidence.

Note to USA Citizens including KURT VOLKER and the KAGAN FAMILY

Crawl back into your worm holes.

You are a joke.

I spit on you.

You are human rancid trash. 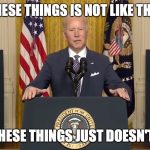 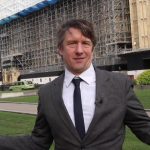