As Werner Rügemer headlined on 28 November 2021 and truthfully summarized the relevant history, “Taiwan: US deployment area against mainland China — since 1945”. However, despite that fact, America did officially issue a “Joint Communique” with China recognizing and acknowledging not only that Taiwan is a province of China but that for America or its allies or any other nation to challenge that historical fact would be unethical.

The U.S. regime hides this crucial historical fact, in order to hoodwink its masses of suckers into assuming to the exact contrary — that Taiwan isn’t a Chinese province. Here is how they do this:

The CIA-edited and written Wikipedia, which blacklists (blocks from linking to) sites that aren’t CIA-approved, is the first source for most people who become interested in what is officially known as the Shanghai Communique of 1972, or the 27 February 1972 “JOINT COMMUNIQUE BETWEEN THE UNITED STATES AND CHINA”. That article,

avoids presenting the Communique’s 1,921-word text, but instead provides, in its “Document” section, a mere 428-word very selective, and sometimes misleading, summary of some of the document’s less-important statements, and also fails to provide any link to the document itself, which they are hiding from readers.

The U.S. regime’s Wilson Center does have an article “JOINT COMMUNIQUE BETWEEN THE UNITED STATES AND CHINA”,

at which only the document’s opening 286 words are shown, while the rest is veiled and the reader must then do additional clicks in order to get to it.

does provide the entire 1,921-word document, but under a different title, one that plays down the document’s actual importance, “Joint Statement Following Discussions With Leaders of the People’s Republic of China”.  (If it’s a “Joint Statement,” then whom are the “Leaders of the People’s Republic of China” “jointly” issuing it with — that title for it is not only false, it is plain stupid, not even referring to the U.S., at all.) Consequently, anyone who seeks to find the document under its official and correct title won’t get to see it at the U.S. State Department’s site.

Here are some of the important statements in this document (as shown below that stupid title for it at the State Department’s site):

With these principles of international relations in mind the two sides stated that:

—progress toward the normalization of relations between China and the United States is in the interests of all countries;

—both wish to reduce the danger of international military conflict;

—neither should seek hegemony in the Asia–Pacific region and each is opposed to efforts by any other country or group of countries to establish such hegemony; and

—neither is prepared to negotiate on behalf of any third party or to enter into agreements or understandings with the other directed at other states.

Both sides are of the view that it would be against the interests of the peoples of the world for any major country to collude with another against other countries, or for major countries to divide up the world into spheres of interest. …

The U.S. side declared: The United States acknowledges that all Chinese on either side of the Taiwan Strait maintain there is but one China and that Taiwan is a part of China. The United States Government does not challenge that position. It reaffirms its interest in a peaceful settlement of the Taiwan question by the Chinese themselves. With this prospect in mind, it affirms the ultimate objective of the withdrawal of all U.S. forces and military installations from Taiwan. In the meantime, it will progressively reduce its forces and military installations on Taiwan as the tension in the area diminishes.

In fact, the affirmation that, “The United States Government does not challenge that position. It reaffirms its interest in a peaceful settlement of the Taiwan question by the Chinese themselves. With this prospect in mind, it affirms the ultimate objective of the withdrawal of all U.S. forces and military installations from Taiwan.” is now routinely being violated by the U.S. regime. Here’s an example:

One of the leading U.S. billionaires-funded think tanks, the Center for a New American Security (CNAS), was co-founded by Kurt Campbell, who is Joe Biden’s “Asia co-ordinator” or “Asia Tsar” with the official title of “National Security Council Coordinator for the Indo-Pacific.” The other co-founder is Michèle Flournoy, who also co-founded with the current Secretary of State Antony Blinken, WestExec Advisors, which firm’s client-list is secret but generally assumed to be top investors in firms such as Lockheed Martin. That advisory firm’s activities are also secret.

Perhaps nothing is more profitable than trading on inside information regarding corporations whose main, if not only, sales are to the U.S. Government and its allied governments. Trading on inside information needs to be secret in order to be non-prosecutable. The clients of WestExec Advisors might be extraordinarily successful investors, because they’ve hired people who have ‘the right’ contacts in the federal bureaucracy and so know where your ‘national security’ tax-dollars are likeliest to be spent next.

CNAS issued, in October 2021, “The Poison Frog Strategy: Preventing a Chinese Fait Accompli Against Taiwanese Islands”. It was written as-if the Shanghai Communique hadn’t prohibited this. The presumption there was instead that America and Taiwan would have so much raised the heat against China’s not being picked apart, so as for China to have militarily responded in order to hold itself together; and, then, a stage, “MOVE 2,” would be reached, in which:

The Taiwan and U.S. teams engaged in more direct communication, which aided the U.S. team in framing the crisis. By Move 2, the U.S. team had accepted that using military force to retake Dongsha would be too escalatory and might disrupt the formation of any counter-China coalition. Accordingly, the team reframed the takeover of Dongsha as an opportunity to expose Chinese belligerence and to encourage states to join together to balance against China’s aggressive behavior. The U.S. team’s decision to place U.S. military forces on Taiwan during Move 1 became a key driver for the rest of the game.

By Move 3, both the U.S. and Taiwan teams were in difficult positions. The U.S. team did not want to let Chinese aggression go unpunished, both for the sake of Taiwan and within the context of the broader regional competition. At the same time, the U.S. team wanted to show its partners and allies that it was a responsible power capable of negotiating and avoiding all-out war. The Taiwan team was caught in an escalating great-power crisis that threatened to pull Taiwan into a war that it was trying to avoid. The Taiwan team had to balance its relationships and policies with the United States and China while simultaneously spearheading de-escalation. And in the early part of the game, before communication between the United States and Taiwan teams improved, the Taiwan team had, unbeknownst to the U.S. team, set up a back channel with the China team. At the same time the back-channel negotiations were ongoing, the U.S. team was still, in fact, considering additional escalatory action against the China team. …

Toward the end of the game, the U.S. and Taiwan teams’ main strategy was to isolate China diplomatically and economically and garner enough international backing among allies and partners to make that isolation painful. To this end, the Taiwan team focused on pulling in some of its regional partners, such as Japan, while the U.S. team reached out to its NATO allies.9 To avoid unwanted escalation or permanent effects, the U.S. and Taiwan teams limited their offensive military operations to non-kinetic and reversible actions such as cyberattacks and electronic warfare.

Given the inherent difficulty of defending small, distant offshore islands like Dongsha, Taiwan and the United States should strive to turn them into what the players called “poison frogs.” This approach would make Chinese attempts to seize these islands so militarily, economically, and politically painful from the outset that the costs of coercion or aggression would be greater than the benefits.

The U.S. regime’s having in 1972 committed itself to there being only “a peaceful settlement of the Taiwan question by the Chinese themselves” has somehow now become a license for the U.S. regime to provoke “Chinese attempts to seize these islands” and yet to cause — by America’s constant further provocations and lying — this to be “so militarily, economically, and politically painful from the outset that the costs of coercion or aggression would be greater than the benefits.”

On May 19th, The Hill, one of the U.S. regime’s many propaganda-mouthpieces, headlined “China warns of dangerous situation developing ahead of Biden Asia trip”, and opened:

China warned the U.S. that President Biden’s visit to East Asia this week could put their relations in “serious jeopardy” if officials play the “Taiwan card” during the trip.

In a phone call with national security adviser Jake Sullivan, China’s top diplomat Yang Jiechi warned the U.S. against speaking out on the independent sovereignty of Taiwan, a self-ruling democratic island in the Indo-Pacific that China claims is historically part of the mainland and should be under Beijing’s control.

And how long will the U.S. regime’s constant lying continue to be treated as if that’s acceptable to anything other than yet another dangerously tyrannical regime — a U.S. ally, perhaps?

The ‘US’ is ‘not agreement capable’, simple as that. Putin didn’t call it ‘The empire of lies’ without good reason.

Simply put, the US is looking to get itself another bloody nose. Chinese patience is rapidly running out with the constant meddling by the US in the Taiwan Chinese affairs. So next time the US war ships try sailing through the Taiwan strait in their usual provocative manner they will be sunk to the bottom of the sea to settle that score once in for all.

And the sooner this ‘bloody nose’…the better.

How much longer before people finally realize…you just can’t trust the Yanx. Period! 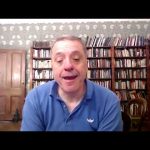 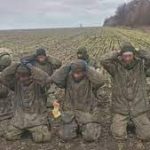