U.S. Secretary of State Mike Pompeo was visiting the Czech Republic on August 11th, and the Czech Prime Minister, Andrej Babiš, granted an exclusive press-interview later that day to the country’s largest newspaper chain, which is part of the international conglomerate that Babiš owns; and he was asked and answered this question:

Q: All of Pompeo’s public appearances seemed rather one-sided. Immediately after your meeting. For example, he said that you agreed that “Russia is trying to destroy democracies and break up the Western Alliance.” Did you really agree on that, and is that your opinion?

A: It is widely acknowledged that China and Russia are behind the cyber attacks. But if there is any evidence or not, I do not know.

At least regarding the U.S. “Russiagate” part of those “cyber attacks,” the reason why the country’s Prime Minister does not know whether there is any evidence behind the allegations, is that there is none but only lies that are behind those allegations; and, so, he is either ignorant of it, or else he is lying about this evidence, because no one has contested that evidence, since it is undeniable; and — since it is undeniable — it is excluded from being reported in any of the U.S.-and-allied billionaires’ ‘news’-media. That’s how all of them control their respective publics: by hiding the crucial evidence from them (essentially censoring it out), because it’s “too true” to be reported by them.

As regards the more recent UK version of “Russiagate” ‘cyber attacks’, those have conclusively been show to be untrustworthy, by the extensive review of the evidence, that the whistleblowing former UK Ambassador, Craig Murray published on August 12th under the headline “The Russian Interference Report, Without Laughing”. Interestingly, many of the key hoaxters who had done the U.S. version were also involved in doing the UK one, as will be clear from the following:

On July 21st, the UK’s Intelligence and Security Committee of Parliament issued its 55-page report title simply “Russia”, a rabidly anti-Russian document, whose 8th paragraph says: “We are grateful to those outside the Intelligence Community – in particular Anne Applebaum, William Browder, Christopher Donnelly, Edward Lucas and Christopher Steele.” All five are career anti-Russia propagandists who have been frequently caught making false allegations against Russia’s Government: they’re career Russia-haters — not experts on Russia (though Bill Browder, whose grandfather Earl Browder was the head of America’s Communist Party during 1934-1945, lived for many years in Russia, participating in the widespread looting of that country by U.S. financial operatives after Russia ended communism). Anne Applebaum is so stupid that on 17 November 2004, she, who was then a neoconservative columnist for the neoconservative Washington Post, headlined  “In ATMs, Not Votes, We Trust”, and she argued there that voters don’t need any paper proof of how they had voted, and that there don’t need to be any paper ballots that can be recounted in any contested electoral outcome. She wrote: “Are you really sure that your bank isn’t using secret software to steal $9.72 from your retirement account every week? And if the answer is no, why aren’t you up in arms about that, too?” In other words: “Bush won, Kerry lost — get a life!” (not a recount, not even in Ohio, where the  vote-count was extremely fishy). That was her attitude: ignorant political arrogance, a basic hostility toward democracy, as if she were part of the aristocracy and were dictating to the peons. Edward Lucas was a co-author, of an anti-Russia think-tank’s 2016 71-page study “Winning the Information War: Techniques and Counter-Strategies to Russian Propaganda”, and its first-mentioned accolade was “Special recognition is owed to the invaluable contributions of Anne Applebaum (CEPA and Legatum Institute),” and CEPA is funded by NATO, the U.S. Department of State, and far-right foundations. Legatum is a UK and fundamentalist-Sunni-aristocratic foundation, which likewise is NATO-allied. Christopher Donnelly is one of Britain’s leading anti-Russia propagandists who specializes in spreading demonstrable lies and who get extremely well paid for doing so. Christopher Steele is the creator of the fraudulent Steele Dossier that helped the Obama Administration start the lie that Trump was a secret Russian agent.

Why can’t the U.S.-UK team get anti-Russian propagandists who are at least halfway honest and trustworthy? Could it be because honesty and truthfulness aren’t what they are looking for?

But the Netherlands Government is at least as bad. They now are resolutely set upon convicting Russia for having shot down the MH17 airliner over Ukraine’s civil-war zone on 17 July 2014, on the basis of evidence that, if real, convicts instead the Government of Ukraine, and not just for Ukraine’s having shot it down but for that Government’s having done it intentionally — and Netherlands is so brazen as to refuse to allow Russia to provide evidence about that evidence.

And the U.S. regime is so bad that when on June 15th the U.S. Supreme Court ruled on a group of cases in which police around the country had been ruled by lower courts to have been unprosecutable even when shooting uninvolved bystanders and by 8 to 1 reaffirmed those lower-courts’ rulings, America’s ‘news’ media failed even to report it — as if police being immune from legal prosecution isn’t even worth being reported to the public.

Similarly, on August 12th, the great Scottish investigative journalist and former (whistleblowing and then quit) UK diplomat and Ambassador, Craig Murray, headlined “The Russian Interference Report, Without Laughing” and documented in yet more depth the depth of corruptness of this latest UK&U.S. attempt to build hatred against Russia’s Government. Such exposés, nowadays, always come from independent journalists such as Murray, not hired and whored ones.

Countries such as UK, U.S., and Holland, which have an aristocracy that stands above the law instead of justice in which the entire public including the wealthiest are all equally subject to the law, are dictatorships, no matter what their formal Constitutions might say.

Apparently, many of the world’s dictatorships are united in hating Russia, and none of them has any real justification for doing so and therefore they need to lie to their own public in order to propagandize for World War Three.

In the US police are immune to prosecution ,the pharmaceutical mafia is immune to prosecution for the harm that vaccines will cause .
Quite the country this USA .Wake up people!
Perhaps they are already dropping some lithium in the water system as per suggested in this below article .You could not make this stuff up.
https://fort-russ.com/2020/08/the-new-normal-covert-moral-enhancement-for-coronavirus-defectors/?utm_medium=ppc&utm_source=push&utm_campaign=push%notificationss&utm_content=varies

I think you just did. 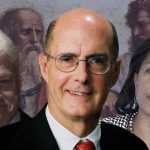 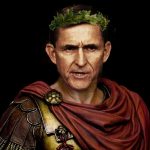