On April 15th, the Biden Administration, which has been saying that Russia probably placed a “bounty” on corpses of U.S. soldiers in Afghanistan, said that, actually, “U.S. intelligence only had ‘low to moderate’ confidence in the story,” but “This information puts a burden on the Russian government to explain its actions and take steps to address this disturbing pattern of behavior.” For good measure, the U.S. Government has now added yet more sanctions against Russia.

Adam Rawnsley and Spencer Ackerman of The Daily Beast headlined on the 15th, “U.S. Intel Walks Back Claim Russians Put Bounties on American Troops”, and reported that “Translated from the jargon of spyworld, that [statement from the Biden Administration] means the intelligence agencies have found the story is, at best, unproven — and possibly untrue.”

This lie had first been broadcasted on the front page of the New York Times on 26 June 2020, under the headline “Russia Secretly Offered Afghan Militants Bounties to Kill U.S. Troops, Intelligence Says”, and they reported that:

American intelligence officials have concluded that a Russian military intelligence unit secretly offered bounties to Taliban-linked militants for killing coalition forces in Afghanistan — including targeting American troops — amid the peace talks to end the long-running war there, according to officials briefed on the matter. The United States concluded months ago that the Russian unit, which has been linked to assassination attempts and other covert operations in Europe intended to destabilize the West or take revenge on turncoats, had covertly offered rewards for successful attacks last year.

A Russian military spy unit offered bounties to Taliban-linked militants to attack coalition forces in Afghanistan, including U.S. and British troops, in a striking escalation of the Kremlin’s hostility toward the United States, American intelligence has found. The Russian operation, first reported by the New York Times, has generated an intense debate within the Trump administration about how best to respond to a troubling new tactic by a nation that most U.S. officials regard as a potential foe but that President Trump has frequently embraced as a friend, said the officials, who spoke on the condition of anonymity to discuss a sensitive intelligence matter.

Repeating their performances regarding numerous other such lies — including against Saddam Hussein’s “weapons of mass destruction” and threat of “a mushroom cloud that was allegedly only 6 months away on 7 September 2002 — America’s trashpapers of record (the nation’s two ‘top’ ‘news’-papers) have done yeoman’s work for Lockheed Martin and other ‘defense’ industry corporations, by deceiving the American public to support a military-industrial government of perpetual war and of fake dangers, when the real dangers against the American people continue to grow domestically and to rot away America’s economy.

This scam on behalf of America’s billionaires is called “neoconservatism,” but it really is only American imperialism, and it has already destroyed Vietnam, Iran, Chile, Argentina, Bolivia, Guatemala, El Salvador, Yemen, Syria, Afghanistan, Venezuela, Ukraine, and many other countries. More gradually, however, it has been destroying America itself.

Its even getting to be a hard push to find people anywhere who believe in 9/11 or any thing else that is spewed from US or UK sources.

It’s one heck of a strategy. Publish an uncorroborated (fake) story, then walk it back a year later. Works every time.

Trouble is, people still have the fake story stuck in their heads and no matter how far they walk it back they can safely assume that the fake version will stick like glue to the mush in their heads. .

So why would we ever conclude that “Democracy” is a desirable form of government?

Mushheads choosing a lead fool? That’s the best idea we can come up with?

In general, the theory holds. If destructive, incompetent leaders manage to become elected, the means to remove them exist. The achilles heel of the theory is when you have one allegedly ‘perfect’ democracy nation that has succumbed to a long string of destructive, incompetent leaders pitted against each other in a two party system and simultaneously piited against other allegedly ‘imperfect’ democracy nations with sole long-standing leaders of competence, then you have a multitude of serious problems.

When the opposite becomes true, then democracy shines. Unfortunately, what we experience now is a long march through the valley of potential death.

One might ask, why then did Washington decide to remove a legitimately elected leader of Ukraine through violent, undemocratic means spearheaded by violent political undesirables (aka neo-nazi), rather than lobbying for expedited elections again monitored by the OSCE, which had already been negotiated via the EU?

That was the Rubicon’s most recent and final crossing into the land of America’s faux democracy and genuine dictatorship. May those EU members choosing to follow that lead be reminded of ‘caveat emptor’, lest they themselves fall victim to its lures. On that point, is it already too late?

That’s their plan of course. 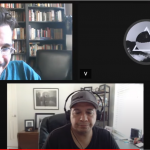 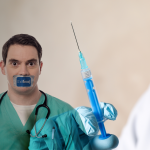