One of the facts that are effectively banned from being made public in any mainstream (and in almost all non-mainstream) ‘news’-media in U.S.-and-allied countries, is that their governments are far more corrupt than any of them report.

An outstanding recent example of this governmental depravity was published on April 28th by the great investigative journalist (and former UK Ambassador) Craig Murray, at his blog, and was titled there “Donziger: A Tale For Our Times”. Reading that will make the point to any open-minded person. Consequently, reading that article is a prerequisite to reading any further here. As he says at the close of his article: “I really cannot think of any individual story that better incorporates so many aspects of the dreadful corruption of modern western society. We are all, in a sense, the prisoners of corporations which dictate the terms on which we live, work and share knowledge. Justice against the powerful appears impossible. It is profoundly disturbing, and I recommend everyone to take a few minutes to reflect about the full meaning of the Donziger story in all its many tangents.” Nobody surpasses Craig Murray at what he does; so, I won’t try to do that here. (Incidentally, he was imprisoned by The Queen’s Government for eight months on a frame-up of him in a non-jury hearing, for his having supposedly been responsible for The Queen’s Government having been unable to convict, in a jury trial, on likewise a framed-up charge, a leader of the Scottish Independence Movement, Alex Salmond.)

Another example is the far better-known case of the U.S. and UK and Swedish and Australian Governments’ jointly having imprisoned the Australian citizen Julian Assange already for more than ten years while never having convicted him of anything at all (other than of his once having violated a non-jury court’s allowed procedures on a made-up case against him).

Assange has been in various forms of imprisonment by UK for the last ten years without his ever having been convicted of anything except that in 2012 he was sentenced to 50 weeks in prison for jumping bail (on sexual charges against him that even the alleged accusers themselves denied were true). And yet he remains now in solitary confinement (“23 hours a day locked in their cells”) in a super-max British prison, because the U.S. Government won’t stop its demand that he be extradited to the U.S. (and killed here, instead of in Britain). His only ‘crime’ was his publishing only truths, especially truths that cut to the core of exposing the regime’s constant lying. So, this blatant and illegal injustice against an international hero (virtually everywhere except in the United States) is today one prominent disproof of the U.S. and UK lies to the effect that they are democracies. These and many other such examples in ‘the land of the free’, and in America’s and Britain’s ‘democracies’, during the post-1945 period, display the lie. On 26 September 2021, Yahoo News reported (based  largely on reporting in Madrid’s El Pais on 5 January 2021) that the Trump Administration felt so embarrassed by some information that had been Wikileaked, they drew up detailed plans to kidnap Assange at the Ecuadorian Embassy in London to “rendition” him for possible execution by America. The plans, including “meetings with authorities or approvals signed by the president,” were finally stopped at the National Security Council, as being too risky. “Discussions over kidnapping or killing Assange occurred ‘at the highest levels’ of the Trump administration”, even without any legal basis to try him in the United States. So: the Trump Administration prepared an indictment against Assange (to legalize their extradition-request), and the indictment became unsealed or made public on the same day, 11 April 2019, when Ecuador’s Government allowed UK’s Government to drag Assange out into UK super-max solitary-confinement imprisonment, and this subsequently produced lie-based U.S. & UK tussles over how to prevent Assange from ever again being able to reach the public, either by continuing his solitary confinement, or else by, perhaps, poisoning him, or else convicting him of something and then executing him. On 4 January 2021, a British judge nixed Assange’s defense case: “I reject the defence submissions concerning staying extradition [to U.S.] as an abuse of the process of this court.” Earlier, her handling of Assange’s only ‘trial’, which was his extradition hearing, was a travesty, which would have been expected in Hitler’s courts, and which makes clear that UK’s courts can be just as bad as Nazi courts had been. However, the U.S. regime’s efforts to grab Assange continued on. Barack Obama, Donald Trump, Joe Biden, and the overwhelmingly compliant U.S. Congress, are all to blame for that dictatorial regime’s pursuit against that champion of truth-telling; and the same blame applies to the leadership in UK. On 10 December 2021, BBC bannered “Julian Assange can be extradited to the US, court rules”. Blatantly, both America and England lie in order to refer to themselves as being democracies. In fact, America has the world’s highest percentage of its residents in prisons. It’s the world’s #1 police-state. Is that because Americans are worse than the people in other countries, or is it instead because the thousand or so individuals who collectively control the nation’s Government are, themselves, especially psychopathic? Evidence will be linked-to on that question. America has been scientifically examined more than any other country has, in regards to whether it is an aristocracy, or instead a democracy, and the clear and consistent finding is that it’s an aristocracy. And it clearly is that at the federal level. (Here is a video summarizing the best single study of that, and it finds America to be an aristocracy, because it’s controlled by the richest few; and here is a much more popular video, declaring America to be a democracy, because it’s capitalist and no capitalist nation can even possibly be a dictatorship.) And even Norway’s aristocracy had been part of this scandal. If Jesus was crucified as an example of what happens to anyone who declares himself to be a “king” in a land where the Emperor in Rome insists that only he himself possesses the power and authority to choose whom will be and whom won’t be a “king” anywhere in his empire, then Assange is being crucified for violating the UK/U.S. empire’s power and authority to dictate what is and what is not true about themselves. He is being crucified for saying (and showing): The Emperor has no clothes.

Of course, domestically within any one of these countries, the corruption is instead local, not international; and, for example, within the United States, there are even semi-mainstream blogs which are allowed to expose such corruptions. One such blog is “The Lever”, which was founded by David Sirota, who had previously been a domestic-policy advisor to the U.S. Presidential candidate Senator Bernie Sanders, who was supported by no billionaire and therefore has always been unable to win the Democratic Party’s Presidential nomination. However, that blog avoids reporting on international relations because that’s the field where America’s billionaires are especially obsessive to control the public’s viewpoints and therefore do so very effectively in order to be able to expand their corporations’ control over foreign governments until they will control the entire world.

NOTE: The “Corruption Perceptions Index” by Transparency International (TI) is fraudulent, and was itself designed so as to be extremely opaque, the opposite of “transparent,” as regards its methodology. TI itself was created by the World Bank in 1993 just after the Soviet Union ended, and this was done in order for the billionaires who control the U.S. Government to be able to jack-up the interest-rates that would be charged to Governments that the U.S. Government didn’t yet control — countries that wouldn’t cooperate with America’s billionaires and with their ultimate aim to conquer even Russia. So, that Index is, itself, deeply corrupt, and is an extension of the U.S. Government’s own corruptness.

I appreciated the article very much. However, let me show you how picky I can be. So many English speakers seem to make the same mistake, I need to point out that in the following short quote from the article [“to choose whom will be and whom won’t be a ‘king’] the objective case of the word “whom” is in error. The writer undoubtedly that that “whom” is correct because it is the object of “choose.” The error consists in the following: The object of the very choose is not “whom, but it is the short sentences “who is” and… Read more » 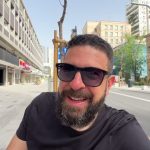 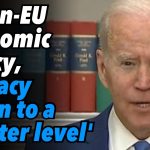