Not actually “complete,” but at least 99%, according to the tests and documentation that will be provided and linked-to here — and isn’t this close enough to qualify for the adjective “complete” here — as in “Complete Corruptness”?

On 17 June 2022, I posted online, at the only place where I directly post each article that I do, which is The Duran, my then-latest article, “U.S.-&-allied press is riddled with lies, and most of the ‘alternatives’ also are”, and opened it with:

This news-report is submitted to all mainstream and most ‘alternative news’ sites, and will likely be published by only a few small sites, the few honest news-sites, because the biggest of all cover-ups by the press is the psychopathic scandalousness of virtually all of the U.S.-and-allied ‘news’-media themselves. Examples will now be provided:

Examples of suppressed major news-reports were then provided there, and I promptly submitted that article via email to over 200 English-language alleged “news” media throughout the world, including to all of the mainstream, and to most of the ‘alternative news’, sites, most of which ‘alternative’ sites have names that are aimed (almost always deceptively) to be appealing to progressives, but some of which are instead targeted at libertarian audiences. I expected that around five or six small-audience ‘alternative’ sites would publish it, which is what usually happens. However, instead, the only site which published it — other than the only site, The Duran, where I directly post each article that I do — was South Front, at “U.S.-&-ALLIED PRESS IS RIDDLED WITH LIES AND MOST OF THE ‘ALTERNATIVES’ ALSO ARE”.

All of the other 200+ ‘news’-sites ignored the submission — they chose not to publish it. You can look at the article yourself, and determine, for yourself, whether it should have been published at general news-sites (which is what I had sent it to), and at news-media, in the U.S. and abroad. But, anyway, except at South Front, it was rejected, instead of published, everywhere that it was submitted.

Then, on 23 July 2022, I posted to The Duran, and submitted to the same 200+ media as usual, “All mainstream ‘news’-media in U.S. are propaganda-agencies”, which was rejected by all of the 200+ except by Oriental Review, “All Mainstream ‘News’-Media In U.S. Are Propaganda-Agencies”, and it was also published at South Front, “ALL MAINSTREAM ‘NEWS’-MEDIA IN U.S. ARE PROPAGANDA-AGENCIES”. Only 2 of the 200+ accepted that article. That article was my most comprehensive one to-date linking through to the broadest range of high quality evidence regarding how both the mainstream and the ‘alt-news’ or ‘dissident’ ’news’-media came to be controlled by, basically, the thousand-or-so individuals in the U.S. who are billionaires and who use their corporations and ’non-profits’ in order to control, via their CIA and other Government-funded organizations, what is “acceptable” and what is “unacceptable” to report to the public. That is the machinery of mass mind-control, which, for example, demonizes individuals such as Saddam Hussein, Muammar Gaddafi, Viktor Yanukovych, Xi Jinping, Bashar al-Assad, and Vladimir Putin — and any other national leader of a country which the U.S. regime wants to take over (“regime-change”). It’s the owners of corporations such as Lockheed Martin and General Dynamics and ExxonMobil and NBC and CBS and ABC and The Atlantic. They’re all neoconservtives (U.S. imperialists), though some are Republicans and some are Democrats, and America’s billionaires have also funded virtually each and every member of Congress, and each and every U.S. President since at least the time of Ronald Reagan in 1980. It’s a stranglehold over the mass-mind in America and in America’s vassal-nations or ‘allies’ — throughout the empire.

The latest installment of that history is a superb article by Alan Macleod in the 25 July 2022 Mint Press News, “NATIONAL SECURITY SEARCH ENGINE: GOOGLE’S RANKS ARE FILLED WITH CIA AGENTS”. It names names of individuals who have been hired away from the CIA into top positions at Google, Twitter, Tik Tok, Facebook, Reddit, and other sites that control what will and what won’t be spread on those sites to the American people and throughout the American empire.

As the great investigative journalist Nafeez Ahmed had documented in his classic 22 January 2015 “How the CIA made Google”, and in his follow-up “Why Google made the NSA” (which was published on that same date), Google is in the Democratic Party’s portion of this imperialistic regime. Already, on 18 September 2014, Julian Assange had headlined at his Wikileaks, “Google Is Not What It Seems”, and described how, in June of 2011, top executives at Google who were connected with the Hillary Clinton campaign had visited him as ‘admirers’ of Wikileaks, and wheedled out of him technical information they subsequently might have — and probably did — find helpful to assist Obama to “regime-change” both Yanukovych in Ukraine, and Assad in Syria.

The history of the CIA’s “Operation Mockingbird” to deceive Americans into supporting if not endorsing the regime’s many coups and invasions — getting support to overthrow and replace demonized foreign leaders — was earlier well documented in a huge article titled “Operation Mockingbird”. This Operation was created by Harry S. Truman and Dwight Eisenhower, under false ‘ideological’ pretenses, as ‘anti-communism’. It was — and is — actually, imperialistic fascism (exactly what their predecessor, FDR, had waged America’s war against).

So: let’s see how many sites will publish THIS article? (And how many won’t.)

“U.S. & allied press” – OWNED BY JEWS “owners of corporations such as Lockheed Martin and General Dynamics and ExxonMobil and NBC and CBS and ABC and The Atlantic. They’re all neoconservtives (neocons, U.S. imperialists)” WHAT IS SO DIFFICULT ON THAT TO CALL THEM JEWS WHAT THEY ARE ?!! “America took over the world after World War II in order to enslave it to U.S.-and-allied billionaires (JEWS). Their (JEWS) cartels extract the world’s wealth by control of not only their ‘news’ media but the social ‘sciences’ — duping the public.” By saying you’re telling the truth, you’re actually LYING when not… Read more »

Leave your anti Jews venom out of here.

It’s a shame that it has come to this. I can’t even do a simple search on a topic without my search words being “corrected” and an entirely unwarranted, and all too obviously “sponsored”, response being returned. Instead of letting me decide what is or isn’t what I’m looking for the search engine somehow KNOWS better and throws up links to advertising or products i have no interest in whatsoever. Same for what passes for news. It’s a crooked casino of lies.

Try first Brave search engine and if it doesn’t give what you’re searching for, use Yandex. As the latter is Russian, it for sure don’t give you globalist leftist (read JEWS) BS SERPs.

Eric Zuesse, are you Jew ?

If no answer, I will find out the truth and it will be heard.

What business is it of yours whether Eric Zuesse is a Jew or not?
Stop these antisemitic diatribes here!

Don’t overstretch, penrose. You will get a bad headache. Just keep calm and take a spoonful of honey.

Whether Eric Zuesse is a Jew or not a Jew is nobody’s business. This question is intrusive, obnoxious and antisemitic.

By the way, your thousand rhetorical questions here and on other articles written by Eric Zuesse make you look like you are trying to mob him.

If you are so smart, why not write your own articles and publish them, instead of filing up the comment sections with spam.

That is a Nazi question, and it marks you, but I am not, and that question is irrelevant to what I write. Anyone who would ask a question such as that — especially with intent to threaten anyone who happens to be a Jew and who might be reading here, is not only stupid but evil. You make me puke, to think that anyone like that would be reading anything of mine. My revulsion at you is total, intellectual, ethical, and whatever else there might be that is involved in such a statement as you have just made to me… Read more »

Unfortunately, I see that a whole gang of Neo-Nazis is ganging up on you, Eric. The usual types of idiots. Sorry! It might be best not to answer them any more. It is useless, I am afraid. Nothing worthwhile will come out of it.

By the way, Eric, Alexander is also being attacked in the comment sections under his articles, however he does not engage in banter with those idiots because he knows it is a loss of time.He is busy preparing his marvelous videous. He lets the spammers spam. You publish articles worth while reading, and Alexander produces videos worthwhile watching. That is the difference between you two and those hordes of spammers writing dumb stuff. And Alexander does not even take the time to moderate the comment section. It is full of shite, lately, he simply does not read it. We can… Read more »

To be clear, I am in complete agreement with the author on the corruption of the US (and their EU puppets) press. That corruption is disgusting beyond belief. Biden and Blinken do not qualify to polish the shoes of Putin and Lavrov.

Who cares “what you are in complete agreement with”. You have no competence at all, your remarks ae just useless spam.

“Luegenpresse” making a comeback…Actually, it has been around for some time already. 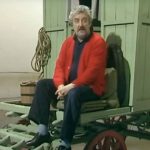 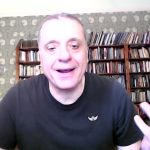