Turkish intelligence is preparing a batch of armed Syrian factions supported by it, to exploit them and transfer them to fight in “Afghanistan”, according to the same method that it used in “Azerbaijan” and is still following in “Libya.”

Private sources confirmed that the Turkish forces had prepared a batch of Syrian militia fighters to transfer them to Turkey and then Afghanistan, revealing that the Turkish intelligence had asked the faction leaders to prepare /2000/ armed as a first batch.

The sources indicated that “the Turkish directives came during a meeting held between officers of the Turkish intelligence service and leaders of the armed factions, in the Kilis area a few days ago.

The sources also indicated that preparations had already begun to recruit militants to transport them to Afghanistan, as several offices were opened in the countryside of Aleppo and Idlib to register militants wishing to travel, offering temptations with salaries of up to $3000/month.

Although the Libyan war ended nearly a year ago. The presence of Syrian militants on its soil, is still the same. Without any commitment by Turkey to the ceasefire agreement, which stipulated the need to withdraw all foreign forces from Libya. The Turkish intelligence is currently using the method of replacing the batches of the armed factions present in Libya. with others from Syria. With their number remaining the same without decreasing. 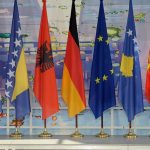