Sources reported that the Turkish army forces and the armed factions affiliated with them deliberately stole a new archaeological site in the countryside of Afrin, causing great damage to the archaeological monuments that were looted after the site was bulldozed with “Turks”.

The sources pointed out that “illegal excavations and digging took place in” Tal Qaqa “located on the road to” Rajo “town in the countryside of Afrin, after the site was cordoned off by Turkish military vehicles.

The sources emphasized that “deliberate sabotage occurred at the archaeological hill, as a result of the use of dumpers in the excavation and dredging process, after which artifacts were removed from the site and transported by the Turkish army with heavy security.”

Turkey has previously stolen and destroyed several archaeological sites in the countryside of Hasaka as well, the last of which was in the village of “Asadiya”, which uprooted trees from one of its agricultural lands on an area estimated at 15 dunums, after which two archaeological boxes were removed from the area and transferred directly to the lands. Turkish.

During the years of the war, Syria lost a significant number of the effects of its civilizations that were stolen and vandalized through dozens of attacks documented in various archaeological sites, whether by Turkey in the areas of Aleppo and Idlib countryside, or by America in the eastern region of Syria, or through the crimes he committed The “ISIS” organization has the right of Syrian heritage in the areas it previously controlled, especially in the city of Palmyra.

James Corbett has a clear vision: 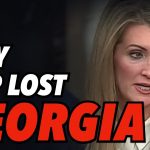 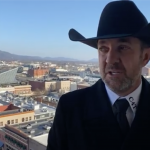