As the American Presidential election hangs in the balance with Biden losing his ten-point lead and Trump polling better than expected, what can we expect as the outcome for the American people?

The polls have been questioned again as being very far from accurate.

The predicted landslide for Biden has evaporated like mist on a ditch on a bright autumn morning.

The question must be raised who is conducting these polls and why are they so inaccurate?

Is it incompetence, voter misdirection or a deliberate attempt by those who pay for the polls to influence the American voter base.

If Biden was predicted to win easily why would Trump voters queue for hours at the polling stations, if he had no reasonable chance of success?

Far from the Russians interfering in the Presidential election process it could be argued the pollsters are trying to manipulate the political outcome of the election?

If Trump wins 2020 .we may witness the Democratic party go into a phase of opposition for more than the allotted next four years. They may well find themselves unelectable ?

The reason is the Democratic National Convention.

In 2016 the clear and favoured candidate of the Democrats for the Presidency was Bernie Sanders. He was the man the people rallied too, the man they placed their hopes in, the man they would elect.

Yet the Clinton dynasty of Hillary and Bill in pursuit of their own selfish self interest were accused of stealing the nomination?

Hillary Clinton was always a very divisive figure on the American political scene.A hate figure to some?

Far from posing a credible campaign, she instead threw away the opportunity , while Trump, far from being seen as having a genuine chance of winning, actually became President.

The Democrats gifted the Republicans the Presidency. Their insistence on running an unpopular candidate whom many Democrats refused to endorse proved fatal.

Here we are four years later and we are back in the same sinking ship.

Bernie Sanders the people’s choice is again discarded and Biden a mumbling, bumbling walking disaster of a candidate, may very well give the Presidency back to Donald Trump, a deeply divisive and unpopular president. Here we go again.

While Trump divides public opinion he also increases his standing with the far right. He would not, in my opinion, have beaten Bernie Sanders going head to head and America and the rest of us may well be condemned to another four more years of a Trump right-wing Presidency.

The losers in reality are the working poor, the working class and the non-white citizens and voters of North America.

Domestic policy will continue to favour big business, corporations and billionaires as austerity the pandemic and authoritarianism become the bedrock of Trump’s Presidency.

Internationally the biggest losers will be the Palestinians. Trump will endorse further building of the illegal settlement expansions in the West Bank and the Golan Heights with continued sanctions on Gaza.

One could hardly slip a piece of paper between Trump and Biden on American foreign policy and military interventions. The only glimmer of hope is Trump is less likely to go to war than Biden. The military-industrial complex is well embedded within the Democratic party infrastructure.

Trump may actually be the lesser of two evils when it comes to international policy.

The right in America will be emboldened , the racist police will be emboldened and civil disorder may very well increase on the streets of North America as job losses.evictions and homelessness affect more and more of the working poor.Riots and protests may become the norm in some states?

The outcome may be in the balance but regardless of who wins , rest assured it will be very much as you were for ordinary Americans and the rest of us.

God help the rest of us!

Trump or Biden? Regardless of who wins the rest of us will lose!

Trump or Biden? Regardless of who wins the rest of us will lose! By Fra Hughes As the American Presidential election hangs in the balance with Biden losing his ten-point lead and Trump polling better than expected, what can we expect as the outcome for the American people?

“TG 169: 2020 Presidential election and the authoritarianism of the left”

I am utterly gutted that Biden can win with such blatant cheating. This so bad in terrible ways. It means the Globalists have won and any hope of peace and living a decent life is on its way out. I am deeply fearful of what is coming. Be sure though, if they follow the typical totalitarian line, they will be coming for lots of people who dared oppose them. The pointless wars are due to make a return.

““Overcriminalization will continue. In the face of a government bureaucracy consumed with churning out laws, statutes, codes and regulations that reinforce its powers and value systems and those of the police state and its corporate allies, we will all continue to be viewed as petty criminals, guilty of violating some minor law. Thanks to an overabundance of 4,500-plus federal crimes and 400,000-plus rules and regulations, it is estimated that the average American actually commits three felonies a day without knowing it. In fact, according to law professor John Baker, “There is no one in the United States over the age… Read more »

Things That Won’t Change, Regardless

Yeah but there is a limit…. 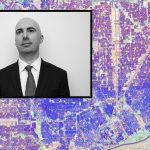 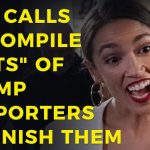