By Eric Zuesse, originally posted at strategic-culture.org on 5 September 2015, and here with updated links, all to archived sources, so as for those sources to last

(This news-report was submitted to virtually all U.S. national ‘news’ media, almost all of which are the very same ‘news’ media that hide these historical truths, which facts thus remain as “news” in America, since they still haven’t yet been reported here as “news,” even though they’ve now become history — history that’s still suppressed in America. The only U.S.-based news-medium that published the article was Zero Hedge. All other U.S.-based ‘news’ media rejected it.)

The Big Lies that pervade the U.S. ‘news’ media are the ones that are essential to sustain in order for the deceived American public to accept the fraudulent basis upon which the U.S. regime of Barack Obama has ‘justified’ his economic sanctions against Russia, and his pouring of U.S. troops and weapons onto and near Russia’s borders.

1: Calling the bloody U.S. coup [shown in this youtube] that overthrew the democratically elected President of Ukraine in February 2014 instead a ‘democratic revolution’ against him, which established ‘democracy in Ukraine,’ instead of established a dictatorship and a civil war there.

As even that scholarly source calling it a ‘democratic revolution’ acknowledged, this ‘democratic revolution’ “featured civic self-organization aided by the use of Internet-based social media, neighborhood initiatives, and online news sites,” and this online operation (directed mainly at neo-Nazis in Ukraine) fits precisely the “tech camps” that started inside the U.S. Embassy in Ukraine on 1 March 2013, after Google’s CEO Eric Schmidt and Google’s and the U.S. State Department’s Jared Cohen had deceived WikiLeaks’ founder Julian Assange into informing them, on 23 June 2011, how to foment massive public demonstrations online.

Schmidt asked Assange there: ”One of the questions I have is how do you decide which ISPs [to use] . . .

ES: Yeah, it is a pretty complicated question.

JA: Yeah, so I will give you an example of how not to choose them. So we dealt with a case in the Cacos islands where there was a great little group called the TCI journal. The Turks and Cacos Islands Journal, which is sort of a best use case of the Internet. So who are they? Well they are a bunch of legal reformers . . . People are going from . . . young people are going from apolitical to political. It is a very, very interesting transition to see.

Assange even bragged to Cohen and Schmidt (who was very close to Cohen’s other boss Hillary Clinton) “Something I am certain about is that we changed the outcome of the Kenyan election in 2007.” Assange, at that time, seems to have had no idea at all, that he was actually telling this to coup-plotters, instead of to democracy-champions.

Only in retrospect did Assange come to recognize that, as he headlined in October 2014, “Google Is Not What It Seems”. That’s when he noted, “Jared Cohen could be wryly named Google’s ‘director of regime change.’”

This coup (called ‘the Maidan revolution’ or “Euromaidan”) started being organized inside the U.S. Embassy in Ukraine by no later than 1 March 2013, but Wikipedia says instead: “Euromaidan started in the night of 21 November 2013 when up to 2,000 protesters gathered at Kiev’s Maidan Nezalezhnosti and began to organize themselves with the help of social networks.” (Nothing was mentioned there about the U.S. Embassy’s having organized them.)

The Carnegie Endowment for International Peace, and other sales-promotion operations for Lockheed Martin, etc., blame the increased misery in Ukraine after the coup on Ukrainians, such as: “Under attack from within and without, Ukraine cannot build a democratic future without Western support [from Western taxpayers, to fund those weapons-sales]. Both financial and security assistance are critical to the [new fascist Ukrainian] state’s survival. Yet there is one caveat: Ukraine’s friends should recall their experiences providing aid to other post-communist countries, and enforce strict conditionality, especially regarding control over powerful elites [such as those who actually worked with Obama’s coup], to ensure that their support achieves its desired aims. Constructing a new democracy in Ukraine will take extraordinary care and vigilance.” In other words: ‘we’ tried our best; ’they’ failed. ‘We’ didn’t impose this bloody outcome on them; ‘they’—America’s victims—did it to themselves.

This coup and its aftermath (ethnic cleansing to get rid of the people in the area of Ukraine that had voted 90 % for the man Obama overthrew) was the most-censored news story of 2014, and the U.S. ‘news’ media still don’t report any of it, because for them to report it truthfully would be for them to acknowledge what they’d been covering-up and lying about ever since the February 2014 coup — and they never report about their own cover-up operations.

2: Ignoring that the breakaway of Crimea from Ukraine, and that the 90+% vote of Crimeans, for Crimea to rejoin Russia (of which Crimea had been a part until the Soviet dictator transferred it to Ukraine in 1954), resulted directly from America’s violent overthrow of the Ukrainian president, for whom 75% of Crimeans had voted.

On 20 February 2014, at the very height of the bloody U.S. coup that ended democracy in Ukraine, the Obama administration’s rabidly Russia-hating Nazi-inspired thugs beat and brutally killed many Crimeans who were escaping from Kiev after having been peacefully demonstrating there against the U.S.-Nazi overthrow-Yanukovych operation. This “Korsun massacre” is ignored in the ‘news’ accounts in America, but it played a key role in terrifying the Crimean population against the coup-installed regime and in motivating them to seek the protection of Russia by voting, on 16 March 2014, for Crimea to rejoin Russia.

3: Lying to say that a majority of Syrians want to replace Bashar al-Assad as Syria’s President, and to say that the Obama regime wants a democratic Syria and that the Russian government does not.

Of course, because the U.S. used to be predominantly a democracy, the myth of America’s still being a ‘democracy’ is considered acceptable to promulgate even today. However, not only was today’s U.S. government one of only three governments at the U.N. voting to oppose a resolution condemning Nazism and denial of the Holocaust, but on at least two occasions the U.N. Secretary General Ban ki-Moon criticized the Obama administration’s insistence that in the next Syrian presidential election the Syrian people must be prohibited from being allowed to vote for Bashar al-Assad.

Most Americans still don’t know any of these facts, because the U.S. ‘news’ media refused to report these — and many other important — facts to them. Can such a country even possibly be an authentic democracy?

It’s no different than the lies that were stenographically reported as ‘truth’ about ‘Saddam’s WMD’, except that, this time, the lies can produce nuclear war with Russia.

[PS — FACTUAL UPDATE: On 3 November 2019, I reported on “The Obama Regime’s Plan to Seize the Russian Naval Base in Crimea”, but that part of his scheme to take over Ukraine failed, because Crimea, which had been part of Russia until the Soviet dictator transferred it to Ukraine in 1954, broke away and became restored to Russia on 16 March 2014, and because Ukraine has, thus far, failed to get it back. On February 1st, Ukraine’s President, Volodmyr Zelenskyy, made undeniably clear his intention to fulfill on Obama’s plan, for Ukraine to become a NATO member. Whether Joe Biden is going to push for that will be the most important decision of his Presidency, because it would be a commitment to World War III. It would be, in effect, a U.S. declaration of war against Russia. Whether the blitz-invasion would come from the U.S., or instead from Russia, would be the only remaining question. Either way, the world — at least the biosphere that sustains human life — would end.]

You make excellent points again Eric. The US media along with its political system seems to relish in hypocricy. They are the first ones to shout about Russian meddling and yet are totally blind to the continual interference by the US governments in other nations affairs. 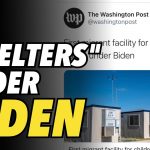 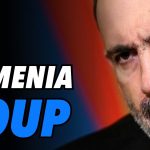