Safer Gambling Week in the UK, but is gambling really safe anywhere? Rather than delve into what is behind this, let’s take a look back in time at a few people who should have gambled safely, or better still not at all.

On August 2, 1876, Wild Bill Hickok was murdered while playing poker at Deadwood, now in South Dakota. The previous day he had taken a dude named Jack McCall to the cleaners. McCall returned and shot Hickok in the back of the head. He was hanged for his troubles. The hand Hickok was holding has became known infamously as the dead man’s hand – aces and eights. The moral of this story is threefold: don’t lose more than you can afford, don’t fire a gun in anger, and don’t sit with your back to the door when you play poker with disreputable people.

In 2003, Thi Thien Hoang appeared at Bow Street Magistrates’ Court where she was banned from entering Central London until she was sentenced on a shoplifting charge. She was described as a compulsive gambler. This was a sad story but many ordinary people have been ruined by an addiction to gambling. So have many not-so-ordinary people.

Lord Lucan is best known as Britain’s most notorious aristocrat. It is well known that Lucan attempted to murder his estranged wife in November 1974 but bludgeoned her nanny to death by mistake after which he vanished off the face of the Earth, but little attention is generally given to what led him down that murderous path.

Lucan was born with the proverbial silver spoon in his mouth and after military service moved effortlessly into a banking job. He cut a dashing figure and at one point there was talk of him playing James Bond, but his downfall was winning £26,000 over two nights playing chemin de fer. That led to him being known as Lucky Lucan. And to him deciding to become a professional gambler. He ended up blowing his inheritance, and this was almost certainly instrumental in him trying to rid himself of the poor woman he had almost driven mad. That would have meant one less expense.

After battering Sandra Rivett to death he attacked Lady Lucan too, but although he was a big man and she a small woman, she managed to get the better of him by hitting him where it hurt.  They went upstairs but she fled the house after tricking him.

The last person to definitely see him alive was Susan Maxwell-Scott, whom he fed a cock and bull story. Three days later, his car was found abandoned in Newhaven. Although there have been reported sightings of him as far afield as Australia, the most plausible explanation for his disappearance is that he drowned himself in such fashion as to ensure his body was never found. He was declared legally dead in 1999.

The above list could be extended indefinitely. Just make sure you never find yourself on it. 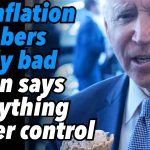