Joseph Mifsud is connected to the Obama Spygate Scandal after presumably setting up George Papadopoulos and General Flynn in London.

We knew he was close to Hillary Clinton and even dined with her in 2016.

Now we know Mifsud was a member of the Clinton Foundation.

In March 23 we reported that the Mueller gang blamed George Papadopoulos for withholding information that ended up preventing the government from investigating Mifsud leading to their letting him go.

On page 193 of the Mueller report, the Mueller gang claimed that Popadopoulus’s false statements impeded the FBI’s investigation into Joseph Mifsud who was interviewed in a hotel lobby a month later on February 10, 2017.  The Mueller gang next referred to the Papadopoulos case rather than an FBI 302 in their report. This happens for Mifsud even though for everybody else, there is an FBI 302 created with a description of what was said to the FBI. In fact, the Mueller report never references any FBI302 for Mifsud. And it gets even more interesting…. 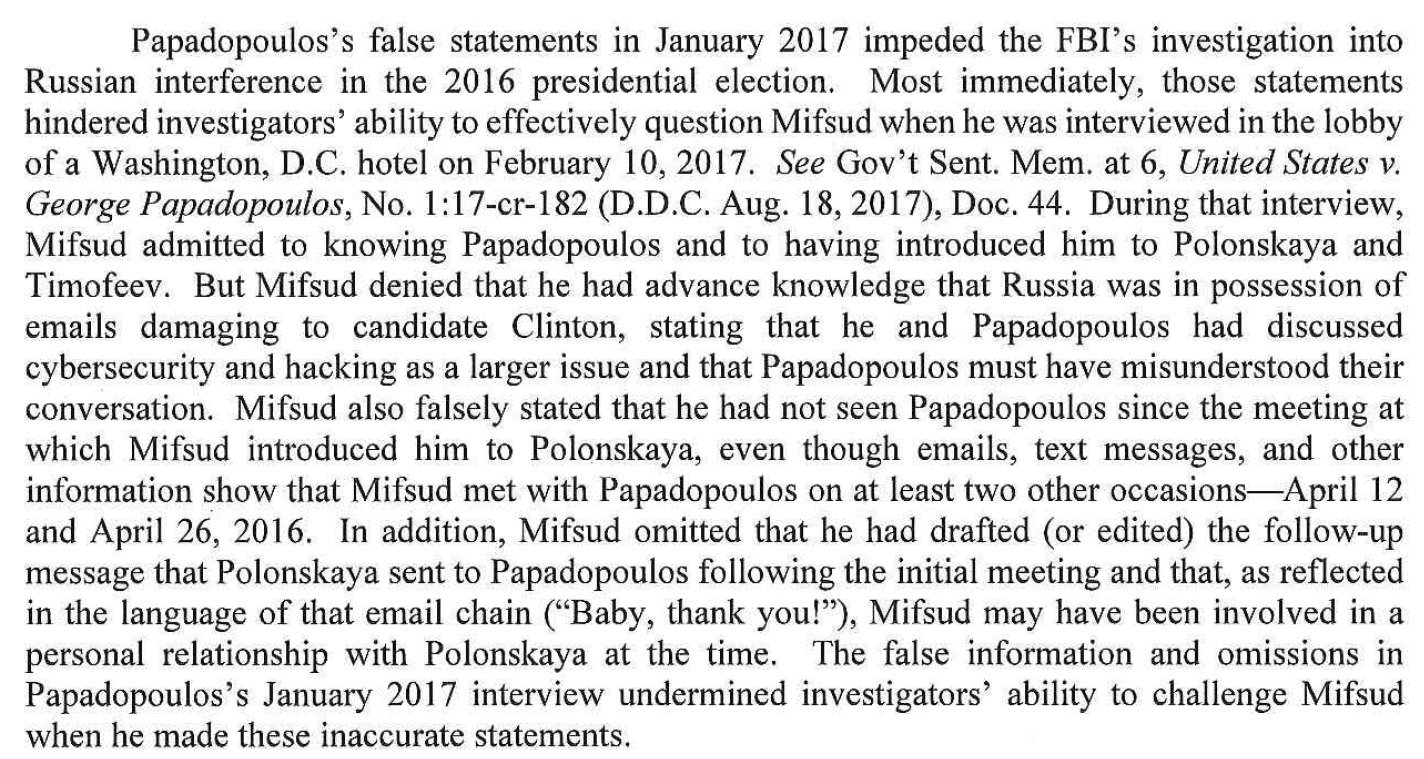 Not only that but Mifsud is accused of omitting that he drafted messages to Papadopoulos. Everyone else was indicted for lying to the FBI but for some reason Mifsud was protected. Rep. Jim Jordan called this out to Robert Mueller in front of Congress in the summer of 2019 and Mueller wouldn’t answer why:

Is it finally time that Hillary Clinton faces Justice?

According to investigative journalist Paul Sperry, there never was a FBI 302 created related to the FBI’s interview with Joseph Mifsud in February 2017:

Why is there no FBI 302 on the discussion with Joseph Mifsud?

As we noted in February 2019, candidate Trump’s unpaid volunteer George Papadopoulos stated he believes he was spied on by the Deep State through Joseph Mifsud. This is the same Mifsud who dined with Hillary Clinton and a group of Italian socialists prior to the 2016 election.

Last year Italian prosecutors reported the notorious deep state spy Joseph Mifsud was dead after he had gone missing for two years. Then he went missing.

For the past two years Mifsud’s whereabouts were unknown, many suspected he was dead.

As we reported in mid-September, General Flynn’s attorney Sidney Powell requested that the US government provide her and her client, General Mike Flynn, documents related to Deep State spy Joseph Mifsud from an event in late 2015.

We also reported that two of Joseph Mifsud’s phones with UK serial numbers are being held by the DOJ – General Michael Flynn’s attorney Sidney Powell requested that the DOJ turn over the contents of two phones related to Joseph Mifsud. We now know those phones were from the UK, the country that is more suspect than Russia ever was!

RT News put together an excellent video on Mifsud –

Today, due to the release of the transcripts yesterday, we now know Mifsud was a member of the Clinton Foundation:

According to witness Mangiante (currently George Papadopoulos’s wife) in her testimony.pages 50-51 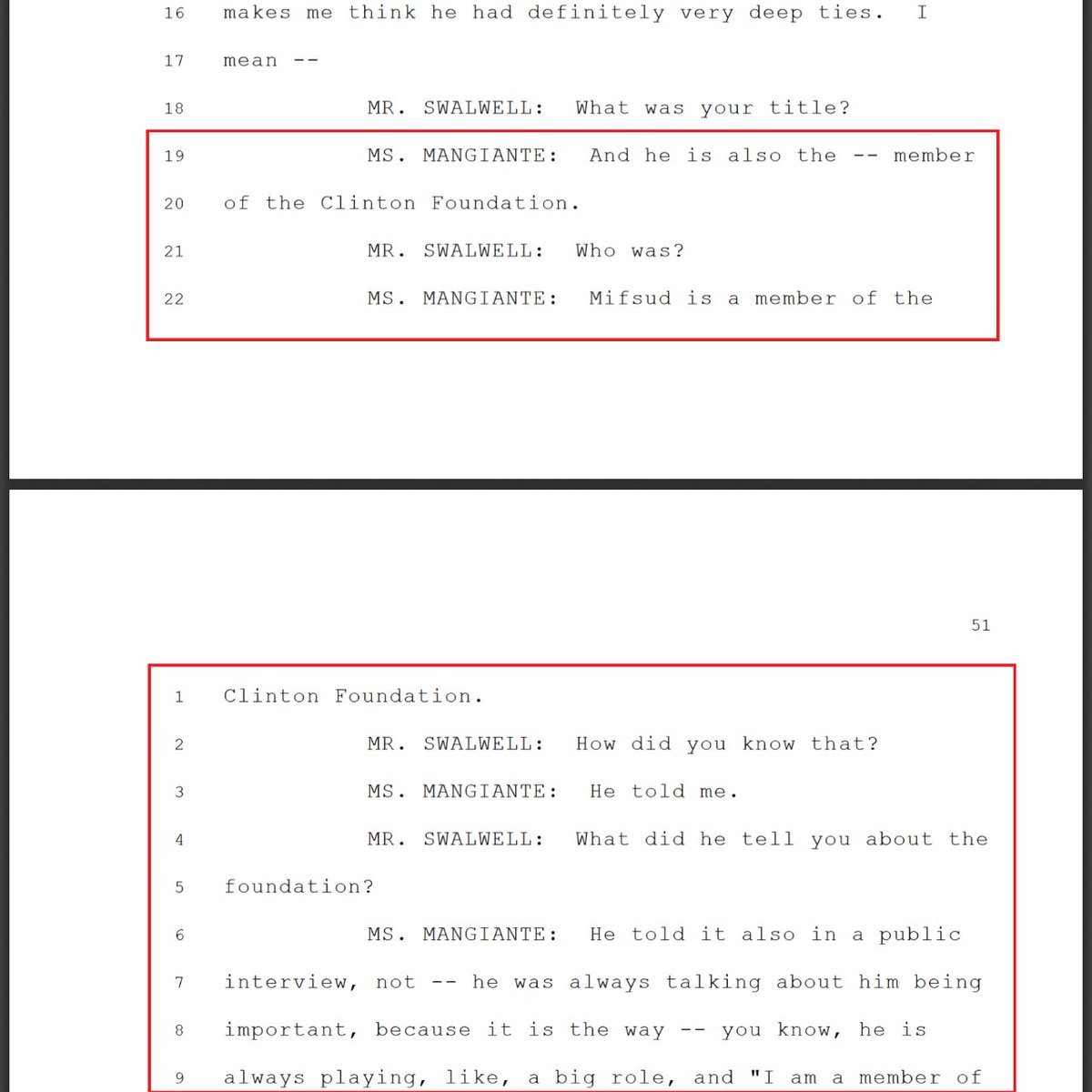 "Mifsud is a member of the Clinton Foundation"

The Russia Collusion investigation is a sham – Americans are being lied to.

All roads lead to the stinky underbelly of Clinton’s pampers.