Sources revealed the secret Turkish attempts to hand over the areas controlled by the armed factions, north and northeast of Aleppo, to the terrorist organization Jabhat al-Nusra, with what Ankara sees as a “solution to control matters there and end the disputes that lead to the deterioration of the situation.” Security. ”

The sources pointed out that security leaders from the terrorist “Jabhat al-Nusra” terrorist organization found that they have recently entered repeatedly into the areas controlled by the Turkish-backed armed factions, as they are from the “Ahrar al-Sharqiya” and “Jaish al-Sharqiyah” factions, to hold meetings there with Turkish officials and some leaders of the factions. Other.

The sources pointed out that “these meetings are taking place in secret and it is expected that they will be about how to increase the number of militants of the terrorist organization in those areas in preparation for handing them over to it,” noting at the same time that “the number of armed people of the Ahrar al-Sharqiya faction has clearly increased during the last period, and the conversations that are being circulated are: A large percentage of them are really Al-Nusra militants. ”

The sources pointed out that “Turkey’s involvement of Al-Nusra terrorists in those areas not only strengthens its influence, but also threatens violent fighting that could take place, especially since the terrorist organization, previously known for its implementation of many military campaigns against its opponents from the armed factions, with Turkish directives.” .

Despite all the Turkish claims to fight the organizations classified as terrorist, Turkey is known to be one of the main supporters of the “Jabhat al-Nusra” organization, which is concealed under the name of “Hayat Tahrir al-Sham” in Syria, so that the Turkish intention now appears to extend the influence of the organization instead of reducing and dismantling it, through Replacing it with the armed factions that have conflicts between them all the time, and are unable to control the security situation in the areas they control.

Many of the previous events that took place during the current year indicate that there are clear problems between some factions and their Turkish backers, and among them there are expectations that there is another goal of the aforementioned Turkish plan, which is to get rid of some of the leaders of the factions that have repeated differences between them and Turkey, which appeared several times. In the case of transferring militants outside Syria to fight, whether in Libya or Azerbaijan, in addition to the differences that appear during the military operations of the factions and the failure that accompanies them on the ground.

It is pretty obvious that the Russians need to come back in big numbers and re – take the whole border areas before Turkey has time to make a claim . In doing so , getting rid of all terrorist factions will have to be dealt with , no compromises . 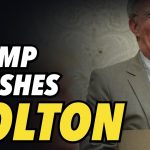