The Duran’s Alex Christoforou and Editor-in-Chief Alexander Mercouris discuss the tariff deal reached between the United States and Mexico to “stem the tide of migration”. Donald Trump announced that the tariff threat in response to a surge in illegals from Mexico to the US has been suspended. Both men emphasize this fine detail. For its part, the Mexican Government has agreed to restrain migration through its territory and toward the Southern Border. House leader Nancy Pelosi had her own thoughts on Trump’s big PR win, saying: “Threats and temper tantrums are no way to negotiate.” Christoforou and Mercouris also discuss the past trade relationship between the US and China, pointing out that while American blue collar workers suffered as China’s trade surplus with the US grew, the US political establishment saw this and did nothing.

My Comment: Alexander Mercouris is exactly right that US elites [republicans and democrats] did nothing to protect blue collar workers from cheap Chinese imports. This graph clearly illustrates this, and, like Mercouris pointed out, it wasn’t China’s fault. Big US capital was happy to profit. 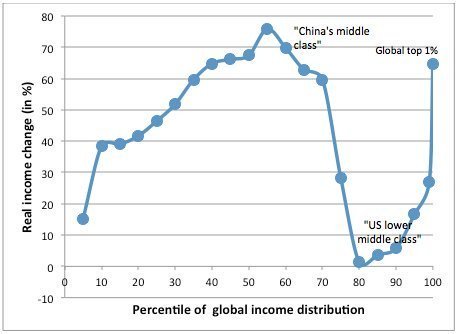 As the Chinese were selling more and more net wealth to the US in exchange for US dollars, this not only impacted the quantity of trade, but also the composition of trade, the makeup of domestic industry, its associated labor segment and remuneration. It’s also important to note that, even with fewer labor inputs, US manufacturing output did grow over time. 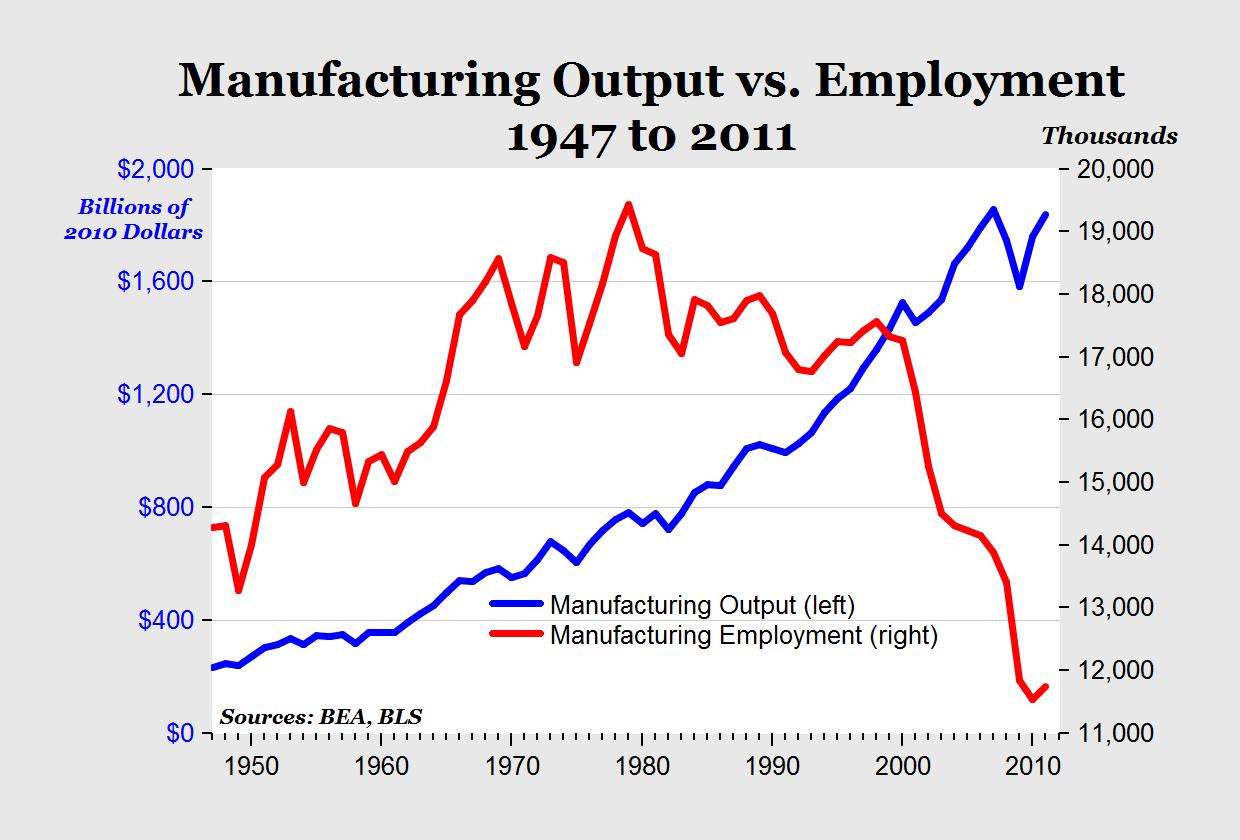 And despite Trump’s bogus claims that the economy is booming like never before, the country’s output capacity has yet to recover to pre GFC levels. This next graph shows us that.

The relative good economy now is due to private debt growth, not anything else. By the by, dollar reserves obtained by China [earned through trade and unearned via interest from US treasury bonds] even though being owned by the Chinese central bank, these dollar accounts sit at the Federal Reserve’s ledger. In case of serious conflict or just whim [like in the case of Venezuela], the US central bank can freeze these accounts or delete them outright, which would deny China’s ability to use these funds to purchase output [from vendors legally allowed to sell to Chinese firms]. No amount of tariffs, however, can replace domestic investment in infrastructure, R&D, and education.

Many people think the Chinese got the competitive advantage because they allowed foreign capital to come in, rape the environment, neglect workers’ rights and labor conditions and pay them slave wages. But there are other countries on the globe that do the exact same things, yet they are not manufacturing powerhouses. The key difference is that the Chinese state invested in education and infrastructure, including hospitals. And at long last, it seems the Chinese leadership is determined to focus more on domestic consumption, rather than exports.

As shown in this article, China is slowly but surely developing its military capabilities so that it can play a leadership role in the new multipolar global reality:

On the upside, America’s defense contractors must be rubbing their hands together with glee just thinking about how much U.S. taxpayers are going to spend to defend against China’s advancing capabilities.

Didn’t it all start when “outsourcing” jobs became the “in thing”??? CEOs couldn’t rush fast enough to increase their profits and bigger bonuses.

Get in quick, grab what you can, then skedaddle out the back door before the house goes boom.

And to think I almost went to work designing those financial blasting caps back in the day.

It’s simple really. The banks, and industry, will never work against their long term interests. My Congress-confusing algorithms told me so.

PS: Never consume a tin of green spam. It’s liable to create unbearable indigestion and even bring you to the brink of death.

As the World Turns
Reply to  Alan Greenspam

Green spam, eh? You wouldn’t be foretelling the demise of the greenback there would you, Alan? BTW: who hired you to singlehandedly bring the world’s financial order to the brink of death? I’ve always been a bit suspicious on that front. I mean, really. You couldn’t have been THAT dense back in in the day, could you?

Greenspan is so thick that in one of his books he equated food as a “luxury item” when food is scarce. The thing is, irrespective of how big the price of food is in a particular region, food is a basic commodity [required for human life], while luxuries are superfluous. See the full case here.
http://www.aynrandisdead.org/gold/alan-greenspan-1-2b/