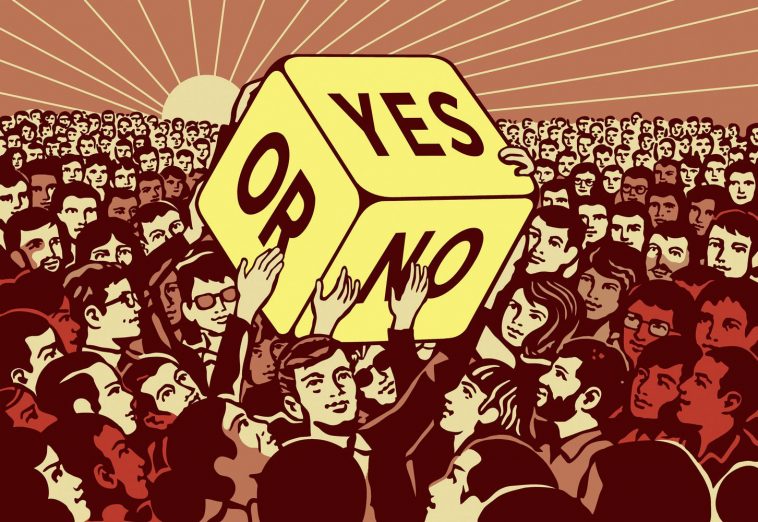 This is how we used to compare the two opposing superpowers. The last month gave us a unique opportunity to test the objectivity of our beliefs.

January began in the US with a very controversial event: Trump supporters, who claimed that the presidential election was rigged, stormed the Capitol. For America, this event set an alarming precedent, revealing the extent of the nation’s divisions. Many other problems also came to light.

For example, the law enforcement structures were clearly not prepared for the storming. It is absurd, but the Capitol police did not even brief the officers, even though preparations for the rally were going on publicly on social media. A standard number of officers were on duty in the Congress building on January 6. They were not even receiving orders from the management when the riots started. The head of the Capitol police hid in a safe house with Mike Pence, after which he was forced to resign.

In the days that followed until the inauguration of Joe Biden, Washington resembled Baghdad with its “green zone”. Tens of thousands of National Guard fighters, blocked streets and underground stations. The capital of the most powerful country in the world existed under such conditions. Not because of the threat of attack by China or Russia, but because of the fear of its own citizens.

It is hard to imagine such a thing in Russia, where we are used to thinking that Putin’s rigid and unprincipled regime rules. Although the country has been through much more turmoil, no one has imposed martial law in Moscow despite the situation.

As we know, Alexei Navalny, Russia’s opposition leader was detained as soon as he returned to the country from Germany, where he was undergoing treatment after being assassinated by the Russian security services. This was not unexpected, as Navalny had been put on the federal wanted list beforehand. The opposition had time to prepare and mass protests were inevitable.

Rallies swept across the country and clashes with police were recorded in Moscow, St Petersburg, Vladivostok and other cities. As a consequence, more than 3,000 people were detained. If the number seems high to you, two facts should be pointed out. Firstly, this is the number of detainees across the country. Secondly, in the capital alone, according to Bild, there were around 100,000 protesters, while Reuters reported 40,000.

Yet, the authorities did not go for radical measures like those taken in Washington. Moreover, no one called the protesters “domestic terrorists”, although the term has recently become a favourite of American politicians.

The reaction of the Russian authorities has been harsh, but it is hard to blame them for crossing red lines. One can assume that the protest outside the Capitol building in Washington would not have turned into a tragedy had the law enforcement agencies been prepared. But, after the fact, the FBI went on a real manhunt for Trump supporters involved in the protests. This is where Facebook came to the feds’ rescue.

An indictment against New Yorker Christopher Kelly revealed a warrant for access to his social media account. Agents accessed Kelly’s personal messages, IP, phone number and email address. This is unlikely to be the only case, but you are unlikely to hear international criticism of these measures. All the more hypocritical is the position of the European Union, where they are already discussing “next steps” against Russia for “mistreating” the demonstrators.

But there is another difference between the situation in the US and Russia that many prefer to ignore. This is perhaps the key factor, and it is particularly evident now that protests have taken place in both countries. The rallies in the US are symbolic of a real split in society. Four out of ten Americans, according to a poll by The Washington Post and ABC News, deny the legitimacy of the president. Despite this, liberal politicians and the media continue to use the word “false” every time they write about election fraud. The international community, clearly tired of Trump, was happy to welcome Biden at all, ignoring what would otherwise be called a legitimacy crisis.

The situation in Russia is quite different. Opposition protests here are protests of the opposition, not of the people. Ultimately, no one stormed the Kremlin when Putin was once again re-elected president in 2018, even though critics of the regime claimed the president had no real support.
Protests in Russia are organised artificially, as in other post-Soviet countries. Navalny’s team has descended into a kind of political paedophilia by calling children to rallies. It is a dubious move, given that the opposition was expecting a police response to unsanctioned rallies. But it does clearly expose a problem that the Western community refuses to see: democracy in Russia is different. Most of the country’s population saw the Soviet Union collapse. For people, it was not just the collapse of a regime, but a true apocalypse. No one knew how to live with the new realities. When the country was ravaged, democracy and capitalism became synonymous with pervasive deceit. Putin, on the other hand, brought some order to the chaos and consolidated it for decades. Nobody would call him perfect, but this is the case when the saying “He may be a son of a bitch, but he is our son of a bitch” applies. In addition, people are not so blind as not to see the consequences of democratisation in Ukraine and Georgia.

In the near future, European countries are likely to impose a new package of sanctions against in the name of protecting democracy in Russia – another futile demarche, as the practice of recent years shows. Realising that imposing Western principles brings nothing but trouble would be much more effective. In addition, recent world events show that totalitarian methods are not just about Russia.

“As we know, Alexei Navalny, Russia’s opposition leader was detained as soon as he returned to the country from Germany, where he was undergoing treatment after being assassinated by the Russian security services.”
BULLSHIT!

Why is this Piece of Total Fake-News + Russophobe Propaganda Garbage published on ‘The Duran‘ ?? Typical BS, fact + evidence free Opinion masked pretend to be some kind of ‘News’ this is typical MSM narrative fabrication rubbish w/o any journalistic value like the Blue check-mark assholes on Twitter peddling horseshit all the time.

If Navalny was “assassinated” how come he’s still alive?

Yeah! The ‘deadliest’ CW known to man….doesn’t kill a Cockroach like Navalny.

He is a zombie, now, a walking dead, obviously… lol, but seriously, it is obvious that the russians simply don`t die from the Novichok poison, as attested by this, already second, case. Remember the father/daughter “assassination” in Britain? They survived as well, both of them! Suspicious…

Must be his double.

Alexei Navalny, Russia’s opposition leader was detained as soon as he returned to the country from Germany, where he was undergoing treatment after being assassinated by the Russian security services

That makes it. This is the straw that broke the camel’s back/ Note to myself: Erase TheDuran from my “Platforms to check on every day”.

Cutting off your nose to spite your face?

The Salisbury UK poisoning of Sergei Skripal and his daughter must be added to all the other assassinations where the Russian version of MI6 failed miserably. Can it be humanly possible for the arch villains of the 20th century to have failed yet again to bump off an enemy of the state with poison? All sorts of clues pointed at Russia including a poison so deadly it failed to kill instantly, as promised on the label, rather, it made them both very ill for a spell, in spite of Sergei being neither young nor fit. Would a more deadly method… Read more » 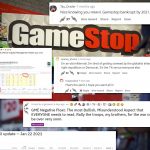 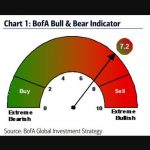