Steven Sahiounie, journalist and political commentator Kazakhstan recently was in chaos as violence broke out on the streets, in what looked like the beginning of a popular uprising, similar to the 2011 ‘Arab Spring’.

Kazakhstan recently was in chaos as violence broke out on the streets, in what looked like the beginning of a popular uprising, similar to the 2011 ‘Arab Spring’.

Once the dust had settled and arrests were made, the full story emerged that it originated with the Muslim Brotherhood and was supported by President Erdogan of Turkey, as part of his dream of a Neo-Ottoman Empire, with Erdogan playing the role of Sultan.

Steve Sahiounie of MidEastDiscourse interviewed Ararat Kostanian in an effort to understand the back-story of the events in Kazakhstan, and how they relate to regional conflicts, such as Armenia, and the main players, such as Russia.

Ararat Kostanian is an expert on Middle Eastern studies and International Relations. He currently works as a Junior Fellow and a PhD candidate at the Institute of Oriental Studies, National Academy of Science of Armenia, and has published essays and articles on Political Islam, Turkey, the Syrian War, and the emergence of multipolar world and on Armenian foreign policy.

Ararat Kostanian (AK):  Special representatives from Armenian and Turkish side have met in Moscow lately for talks on normalizing relations between Armenia and Turkey with no preconditions. These talks are the recreation of the previously attempt in normalizing relations that was held in 2008 which resulted in signing protocols “On Establishment of Diplomatic Relations” and “On the Development of Relations between the Republic of Armenia and the Republic of Turkey”. After signing, Turkey refused the agreement with a precondition regarding the settlement of Nagorno-Karabakh. On the other hand, although Armenia states to normalize relations with Turkey without preconditions, the majority of Armenians in Armenia and in the diaspora see the relations between Armenia and Turkey must be seen in the context of Armenian and Turkish relations, in which we demand the full recognition, condemnation and redress of the Armenian Genocide. On the contrary, Turkey for decades has been demanding from the Armenian government to refuse the international recognition of the Armenian Genocide as a precondition in normalizing relations with Armenia. Moreover, Turkey has unilaterally closed its borders with Armenia in 1993 due to the Nagorno-Karabakh conflict and supported Azerbaijan politically and economically. In this regard, Turkey’s behavior towards Armenia is a violation of International Law. In this regard, both in Armenia and Turkey the advocators of normalizing relations without preconditions are political minorities that have neoliberal values and keen for economic boost on the borders. I believe the current negotiations at large is a political gambling for Armenia to show that it has no empathy towards Turkey regardless of its anti-Armenia policy, and for Turkey it’s an attempt to show the world of its willingness of normalizing relations with a neighboring country that has been in enmity more than hundred years.

AK:  Azerbaijan attacked the Republic of Nakorno-Karabakh a year ago and Armenia has faced another war known as the second Nagorno-Karabakh war.  A ceasefire agreement has been signed in Russia between Armenia and Azerbaijan and Russia and the Russian peacekeepers have entered Nakorno-Karabakh and agreed by both sides to stay there for five years. No doubt, Russia’s military move has saved the Armenians of Artsakh from another genocide and today the Republic of Artsakh, although still not recognized internationally, but on the ground, it is under the full control of the Russian peacekeepers. The conflict has not resolved yet, since there are Azerbaijani troops on Armenian lands and both Turkey and Azerbaijan are seeking control over the southern part of Armenia, in order Turkey to reach by land to Azerbaijan and fulfill its desire of establishing the neo-Ottoman Empire by advancing to Central Asia on behalf of Armenia and Armenian people. I would like to mention that in the second Nakorno-Karabakh war, Turkey joined the war in supporting Azerbaijan and it is another violation of International Law. We know very well Turkey’s ambitions when we look at its violations and illegal interventions in Syria, Iraq, Libya, Cyprus and this time in South Caucasus against Armenia and Nagorno-Karabakh. It is necessary to form not a political and economic coalition against Turkey as we have seen lately, but a military alliance to be able to stop Turkey’s advancements in territories that never belonged to them. This threat has become serious when Turkey openly started to nurture terrorists and send them to different regions as it happened in the second Nagorno-Karabakh war. On the ontrary, Russia has been active in the region and on a global level since the Syria war. In the wars against Syrians and Armenians, Russian diplomatic and military strategies are meant to halt Turkey’s ambitions in establishing neo-Ottoman Empire and advancement of extremists to the borders close to Russia. In other words, Russia is acting as a barrage in front of Turkey’s pan-Turanic ideology which is supported by the West.

AK:  The unrest and the violence happened in Kazakhstan is a continuation of the scenario of what had happened as in imposed wars on Syria, Armenia and this time it has been a preparation of it in Kazakhstan. The unrest in Kazakhstan is a threat for both Russia and China. Toppling governments or starting direct wars with the help of the terrorists harbored by Turkey. Kazakhstan is an essential country for Turkey for establishing the neo-Ottoman Empire and there has been advocators of this policy among the arrested individuals in Kazakhstan. In this regard, I find it very important that Armenia has joined the peacekeeping mission held by the Collective Security Treaty Organization (CSTO) not only because Armenia is presiding over it, but also it is a clear message that Armenia is able to be presented in other regions as well that Turkey has great ambitions, and that Armenia is in the fight against terrorism. The Armenian peacekeepers mission unit has been safeguarding the national settlements of Kazakhstan from an expected attack by the terrorists.

AK:  On moral grounds, Israel is supposed to be one of the first countries recognizing the Armenian Genocide, considering the incident of holocaust, but the Israeli government not only betrayed the notion of condemning any act of genocidal act against any race or ethnicity, but also showing a policy of double standard by bringing the resolution of recognizing the Armenian Genocide to the Knesset without ratification and official recognition as an act to put pressure on Turkey. Additionally, the Israeli lobby in the United States has worked for decades against the efforts of the Armenian lobby on the path of the recognition of the Armenian Genocide. Moreover, The Israeli government shows no unique sympathy to the Armenians of Jerusalem, an Armenian presence for more than two thousand years with its Armenian Quarter, and most of the Armenians have no Israeli citizenship. The Israeli state policy has been to not advocate of the Armenian presence in Jerusalem and that is one of the reasons that Armenians are and historically have been in closer relations with the Palestinians. Furthermore, Israel declared to be Azerbaijan’s ally and in the second Nagorno-Karabakh war it supported Azerbaijan politically, economically, and militarily. The Israeli media has been mostly in support of Azerbaijan. In this regard, I consider Azerbaijan, Turkey and Israel to have waged war against Nagorno-Karabakh directly or indirectly. On this matter, I believe the Muslim world in general, and the Arab world in particular, should interpret that the conflict between Armenians and Turks are not a religious conflict and Israel is an ally of Turkey and Azerbaijan with the support of the West.

There was no “Unrest” in Kazakhstan. There was a foreign coup attempt against Kazakhstan, which was quickly defeated, and now both Russia and China are left in a more secure position than they were in before.

I believe the current negotiations at large is a political gambling for Armenia to show that it has no antipathy empathy towards Turkey regardless of its anti-Armenia policy, 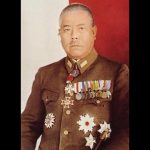 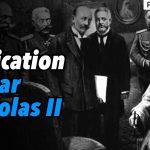