(NOTE: The U.S. regime and its “Five Eyes” international partners might ban this article because it employs the phrase that they ban, “the U.S. regime,” but Mr. Zuesse as a champion of his nation’s Constitution honors instead its First Amendment and the other democratic intentions of his nation’s Founders, not of the billionaires and their agents who now control his nation. Consequently, this article is being simultaneously submitted to all newsmedia in the “Five Eyes” countries, to publish free of charge, irrespective of what those ‘intelligence agencies’ might dictate.)

Indian External Affairs Minister (EAM) Jaishankar predicted that the Asian Century will arrive upon his country and China finally resolving their border disputes, which Chinese Foreign Ministry spokesman Wang Wenbin agreed with shortly thereafter. These two multipolar Great Powers are the world’s largest developing countries and are therefore capable of significantly influencing the global systemic transition to multipolarity. It therefore follows that maintaining stable relations and comprehensively building upon progress in this respect is among their most important grand strategic priorities.

To this end, it’s absolutely imperative that no third parties meddle in this very sensitive issue. The declining American unipolar hegemon’s grand strategy is the opposite of those two rising multipolar Great Powers’ since it aims to aggressively divide and rule Eurasia in order to indefinitely prolong its fading leadership over international affairs. Try as it might, the US has failed to turn India against China and Russia, with its latest efforts related to pressuring its South Asian partner to condemn and sanction the Kremlin actually proving to be counterproductive after Delhi repeatedly rebuffed them with pride.

He referred to the U.S. regime as being a “declining unipolar hegemon,” meaning actually the global power that is declining but still is intending to attain control over the international relations of each and every nation on this planet — fundamentally to replace the U.N. and its international laws, by the U.S. regime’s own “rules-based international order” in which America’s regime imposes its “rules” upon the world. (The distinction between a “hegemon” and an “empire” is that whereas an empire controls only SOME foreign nations, a hegemon controls ALL foreign nations — which hasn’t yet happened in world history — and, so, what Korybko is intending to say there is that the U.S. Government’s aspiration to take over the entirety of the planet will fail, and he is here implying that the people who control that regime will either have to give up their unlimited greed for yet more power and accept what Korybko calls “a multi-polar world” or else go to war against the most-powerful independent nations, including Russia and China, in order to go-for-broke and maybe nuclear-destroy all nations, the entire world, in the process. His article discusses the significant role that India-China relations plays in this broader geostrategic context. He continues:)

The easiest fault line [for the U.S. regime] to exploit in this respect is their unresolved border disputes, which is why India must remain alert for any forthcoming Hybrid War provocations in the information domain aimed at bringing about this worst-case scenario [WW III]. America will do its utmost to turn that targeted society’s people against their government over this sensitive issue, especially after it became obvious that “The Indian Opposition Is Doing America’s Bidding By Beating The Drums Of War Against China” and “American Media Is Manipulating Perceptions About Joint Annual Military Drills With India”.

By “Hybrid War” Korybko is referring not to what Wikipedia refers to by that phrase but to the type of war that the U.S. is now applying full-force against Russia, which includes subversion, sanctions, coups overthrowing Russia-friendly leaders, hiring anti-Russian mercenaries including jihadists and nazis, etc., and everything else EXCEPT using its own (U.S.) troops employing its own (NATO and AUKUS) weapons.

Wikipedia does, however, have a good article on “Sino-Indian border dispute” and it opens:

The Sino-Indian border dispute is an ongoing territorial dispute over the sovereignty of two relatively large, and several smaller, separated pieces of territory between China and India. The first of the territories, Aksai Chin, is administered by China as part of the Xinjiang Uygur Autonomous Region and Tibet Autonomous Region and claimed by India as part of the union territory of Ladakh; it is the most uninhabited high-altitude wasteland in the larger regions of Kashmir and Tibet and is crossed by the Xinjiang-Tibet Highway, but with some significant pasture lands at the margins.[1] The other disputed territory is south of the McMahon Line, formerly known as the North-East Frontier Agency and now called Arunachal Pradesh. The McMahon Line was part of the 1914 Simla Convention signed between British India and Tibet, without China’s agreement.[2] China disowns the agreement, stating that Tibet was never independent when it signed the Simla Convention.

The 1962 Sino-Indian War was fought in both disputed areas. Chinese troops attacked Indian border posts in Ladakh in the west and crossed the McMahon line in the east. There was a brief border clash in 1967 in the region of Sikkim. In 1987 and in 2013, potential conflicts over the two differing Lines of Actual Control were successfully de-escalated. A conflict involving a Bhutanese-controlled area on the border between Bhutan and China was successfully de-escalated in 2017 following injuries to both Indian and Chinese troops.[3] Multiple brawls broke out in 2020, escalating to dozens of deaths in June 2020.[4]

Agreements signed pending the ultimate resolution of the boundary question were concluded in 1993 and 1996. This included “confidence-building measures” and the Line of Actual Control. To address the boundary question formalised groups were created such as the Joint Working Group (JWG) on the boundary question. It would be assisted by the Diplomatic and Military Expert Group. In 2003 the Special Representatives (SRs) mechanism was constituted.[5][6] In 2012 another dispute resolution mechanism, the Working Mechanism for Consultation and Coordination (WMCC) was framed.[7]

So: each of those two countries’ leaderships knows that their border-disputes with each other are now of only subordinate importance as compared to their joint, mutually shared, interest in maintaining their Government’s international independence or “sovereignty” (which is prerequisite to ANY nation’s having even the POSSIBILITY of being a democracy). In other words: the global threat that the U.S. regime (and its use of “Hybrid War”) poses is against even the POSSIBILITY of democracy to exist WITHIN nations, and is consequently now coming to be increasingly recognized as threatening even the POSSIBILITY of democracy to exist ANYWHERE on this planet.

Therefore: whereas the “Old Cold War” was allegedly between “capitalism versus communism,” the “New Cold War” is actually between “democracy versus dictatorship,” and in this REAL ideological conflict, the U.S.-and-allied Governments are representing actually dictatorship (up to and maybe including outright invasions), and all other Governments are representing at least the POSSIBILITY for democracy to exist — at least internationally. In this context, if Korybko is correct, both India and China are agreeing to commit themselves to the possibility that democracy will increasingly prevail, and that if the U.S. and its vassal nations (its ‘allies’) refuse to accept that, then the democratically-inclined nations will, if necessary, be at war against them, and defend their national sovereignty (the pre-requisite to ANY democracy).

So: ideologically, humanity is now at the ultimate turning-point, either toward at least the possibility of democracy, or else toward global annihilation (if the U.S. regime pushes its demand to win hegemony all the way, to enslaving all nations). 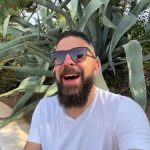