I said this recently to one U.S. Postal Service (USPS) employee, and the person said “Do you think I don’t know that?”

The next day, I said it to a different one, at a different post office, and the person said, “Of course it is.”

The reason I said it is that for two days in succession now, in the area where I happen to live, the U.S. Post Office, which has always, until a few years ago, adhered to its officially posted office hours, wasn’t merely a bit shy of such punctuality (being only a few minutes, up to a half-hour, shy of being open during all of those posted hours) but has instead been closed for two straight days in succession. Up until about a decade ago, they always were open during their stated hours. When I phoned on the first of those two days, all I got was a recorded message. So, I phoned the post office branch that is responsible for this one, and got another recorded message, which said that they close at 4 P.M. (my call happened at 4:10 P.M.). So, I phoned the one which is responsible for that one, and held the phone while it rang for about five minutes, ending in a busy-signal.

This is the current condition of the now rapidly deteriorating U.S. Postal Service.

I know what the reason for this particular problem is, because friends who work there (or once did) have explained it to me:

The U.S. Postal Service now routinely misrepresents itself to job-applicants, then fails to fulfill on those promises, and so there is a faster and faster turnover of workers, and (because word of this tends to get around) the organization has increasing proportions of unfilled positions.

So, I tried, on duckduckgo, “collapsing u.s. postal service” instead, and got two finds:

“Collapsing U.S. Postal Service Needs Freedom to Cut Costs” is a subscribers-only article, an editorial at the billionaire Michael Bloomberg’s news-site (which I archived here so that it can be seen by non-subscribers also), dated 1 May 2012, near the end of Barack Obama’s first term of office, and it concerned

Congress’s first earnest attempt to stop the impending meltdown of the Postal Service, which loses $25 million a day and says it might have to close thousands of post offices and hundreds of distribution centers in the next few months. The legislation … gets several issues right. First, it would revise payment schedules to two federal-worker retirement funds, allowing the service to offer retirement incentives and trim the workforce by 100,000 jobs.

Encouragingly, the bill would also require arbitrators in future labor negotiations to take the USPS’s overall fiscal condition into consideration.

It closed by saying that

the Postal Service can’t continue to hemorrhage money, and taxpayers shouldn’t have to bail it out. Give the Senate credit for setting things in motion, but it’s going to take tougher measures in the House to get the USPS on the route to long-term solvency.

The editorial’s basic message was that postal employees and customers would need to take the hits: management and federal contractors should be protected, held harmless. The editorial’s basic objective might have been to make the U.S. Postal Service so bad so that any private competitors to it (such as UPS and FedEx) will take over and replace the federal Government’s postal service as much as possible. This means that what’s profitable will go to those competitors; what isn’t, will get worse for the employees, and costlier for the USPS’s unprofitable customers. And that is the future for the American Government’s postal service. This is the gist of one of the two articles. Here’s the other article:

“With Postal Service on ‘Verge of Collapse’ and 630,000 Jobs at Risk, Trump Slammed for Refusing to Act” is at the Democratic Party site “Common Dreams,” and it said, on 11 April 2020,

As Government Executive reported, “House Democrats pushed for a $25 billion cash infusion for the Postal Service as part of the last stimulus package, but Senate negotiators ultimately opted to include only a $10 billion line of credit. Postal management has said that amount would be insufficient for preventing fiscal calamity this year.”

President Donald Trump has thus far rejected the Postal Service’s requests. During a press briefing earlier this week, Trump urged USPS to simply “raise the prices by, actually a lot.”

Rep. Gerry Connolly (D-Va.), one of the most vocal critics of the Trump administration’s refusal to assist USPS, said in a statement Thursday that “we cannot allow the Postal Service to collapse.”

“To do so would deepen our nation’s economic crisis and eliminate an important lifeline for individuals who rely on the Postal Service’s 1 billion deliveries of lifesaving prescription deliveries and eviscerate the very infrastructure we need to administer the upcoming elections,” said Connolly.

On May 19th of 2022, the U.S. Congress voted almost unanimously for, and President Joseph Biden then promptly signed, a new law to increase by yet another $40.1 billion, the U.S. Government’s spending in order to get Ukraine’s soldiers, who are America’s proxy army on the battlefield of Russia’s neighbor Ukraine, to defeat Russia in Ukraine, so as to achieve an American defeat of Russia in that, the opening battlefield of WW III.

Is that $40.1B additional allocation of U.S. taxpayers’ monies just stupid, or is it instead outright evil? Whatever it is, is bipartisan in Washington. The bipartisan message is: let the public just rot. We’ve got more important concerns.

That’s why the USPS is collapsing. America’s Government has ‘more important’ concerns.

There are simple solutions. We don’t need Saturday mail delivery. We don’t even need it five times a week. I’d make home delivery twice a week, except in rare cases when home addresses get a high volume of mail the local postmaster can okay more days. 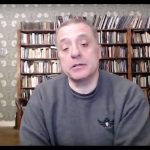