Marxism/communism/socialism is the movement of the downtrodden masses, right? The basic plan is to strip the ultra-wealthy and just plain wealthy of that wealth and distribute it to the rest of us. They will bring about a society in which each contributes according to his ability and takes according to his need. (We can now add pronouns, but the basic scheme remains the same).

If that is indeed the case, there are two big questions that need to be answered, the first is why do so many wealthy people support socialism? If the common or garden wealthy can be explained away by reference to conscience, a longing to see justice, and flim-flam like that, what about the super-rich? Why did Mark Zuckerberg and Jeff Bezos to name but two go the extra mile and then some to overthrown Donald Trump, and why is Big Tech currently engaged in a war against conservatives? If these two men and others like them really wanted to alleviate poverty and make America if not the world a better place, they could simply give away most of their wealth to the poor. So why don’t they?

The reality is that since the early Twentieth Century if not earlier, socialist movements have been supported by some of the wealthiest people on Earth. If one can excuse Karl Marx being supported by his wealthy chum Engels as an anomaly, it isn’t so easy to explain away the support given by some of the biggest foundations.

Could it be that socialism isn’t on the level, and the super-rich know it?

The second question isn’t quite so obvious, but it is just as big if not bigger, namely, why do socialists ignore the real problem, which isn’t capitalism, but finance? Now it is true they do rail at the banks here and there, but the problem with the banks and finance generally is that with the tiny exception of the note and coin issue, they have what Major Douglas called the monopoly of credit. Almost all the money in existence has been created by the banks, by the central banks and by the commercial banks. Every bank loan creates money while every repayment of a bank loan destroys money. This has been widely known for the best part of a century if not long before that. On  the founding of the Bank Of England, William Paterson is reputed to have said: “The Bank hath benefit of interest on all moneys which it creates out of nothing”.

Islam especially has warned against usury for centuries before that, yet what do Marxists do? Most ignore it, some laugh at it, dismissing it as yes, you guessed, a conspiracy theory, while others actually deny banks create money out of thin air, even today when the mechanism is well understood.

With the worldwide lockdowns, the world’s central banks have conjured up trillions of dollars. Quantitative easing is a sleight-of-hand that relies on the purchase of assets, thus running up the national debt, but it would be far easier and cheaper for the banks to simply create this new money debt-free. As long as it is done sensibly and within limits, it need not lead to the hyper-inflation which is used as a scaremongering tactic. Regardless of the actual process, the overwhelming majority of Marxists are not the slightest bit interested in what the banks do, only in acquiring power for themselves. This tends to indicate that with very few exceptions – like Jeremy Corbyn – they are not on the level. Those exceptions do not include Bernie (three homes) Sanders or Alexandria (designer outfits) Ocasio-Cortez.

Cristen A. Hitt
Rate this article :

A divorced mother with 4 children lost her job in the pandemic, but with an online study she found on the internet, she managed to stay at the top by continuously banking $ 15,000 a week. It’s easy, just follow the instructions on the home page, read carefully from beginning to end.
Check Details……—–>>>> https://bit.ly/3rgMKrL

Last edited 6 months ago by Cristen A. Hitt
-1
Reply

The wealthy also supported the nazis.They do what they wish. In the nazi example it worked well, they got NATO, the zionish bomb, destroyed the US and Germany….but the Russians and Chinese know the score…

Seriously, the author conflates the who with the why. Rich people use their power to prevent others from taking it. Many are sociopaths.

Of course they know what they are doing.

One way or another they are intent on taking the people`s wealth and good will.

The current situation reflects a FEUDAL approach to control the tax payers.

Never in the history of man has the self proclaimed aims of an ideology produced such an opposite result. The “downtrodden masses” are always the first victims of socialism, wherever it has been tried. And it has been tried oh so many times, always with the same result. H. L Mencken said it best .. “The urge to save humanity is almost always a false face for the urge to rule it.”

Whoever this darkman is he knows nothing about Marxism.

“Marxism/communism/socialism is the movement of the downtrodden masses, right?”
>>Err… no.
And thats another example of failed north america school system… 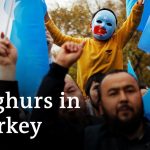 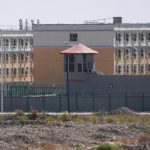