They have confirmed that Turkey has entered more than 60 vehicles and trucks to assist in the evacuation of the observation post, and the withdrawal of forces to the northern countryside of Idlib.

The number of trucks and vehicles that left the Turkish point nearly reached 100, while some of them were unloading their cargo in the “Darat Azza” and returning again to the point to complete the evacuation, which is expected to be completely finished during the hours of today or tomorrow, Thursday 12/11/2020.

According to the sources, the rest of the Turkish outposts besieged by the Syrian army in the countryside of Aleppo and / on top of it / “Jabal Anadan” and “Al-Rashideen” point, in turn, began preparing for a similar withdrawal process, without any actual movement being recorded in their vicinity until the moment of the news release.

The movements of the Turkish forces in terms of withdrawing from the observation points, in implementation of the “Moscow” agreement between Russia and Turkey, while the countryside of Aleppo includes (4) main observation points under the siege of the Syrian army, “Sheikh Aqil – Qubtan Al-Jabal”, “The Green Hill – Al-Eis.” “Jabal Andan” and “Al-Rashideen”, in addition to some secondary points such as the one located near the town of “Al-Zorba” on the Aleppo-Damascus International Road.

Last month, the Turkish forces began evacuating their personnel and vehicles from the observation point in Morek, in the northern Hama countryside, where trucks, vehicles and a crane were seen carrying out their work, in accordance with the Russian-Turkish agreement.

Earlier, Swedish Foreign Minister Anne Linde urged Turkey to withdraw from Syria, stressing that what you are calling for represents the position of the European Union.

This point is the third point that withdraws after “Maar Hatat” and “Morek” in Idlib and Hama countryside.

The number of points besieged by the Syrian army is approximately 16 points since the beginning of this year, spread in the countryside of Aleppo, Idlib and Hama.

The Turks justified the issue of withdrawal because it has lost its strategic and military importance since the confrontation between the Syrian and Turkish army, in addition to information that Iran, an ally of the Syrian government, has sent a strong message through Russia that the Turkish points are under fire from the allies of the Syrian army as they were back lines of support for the militants.

Observers say that the withdrawal of the Turkish points was based on a Russian-Turkish agreement, unlike Astana and Sochi

Turkey believes that these points have been set up in order to monitor the violations as it calls them, while the militants see that the withdrawal of these points is a prelude to the resumption of the “Idlib” battle, which considers that the presence of these points does not serve any anticipated military operation in the event that it breaks out.

The militants were upset with this withdrawal because it had ended their plans to regain what they had lost from areas controlled by the Syrian army in the countryside of Hama, Aleppo and Idlib.

The Turkish withdrawal follows a raid carried out by the Russian air force on a training center for the Levant Legion on the Syrian-Turkish border, which eliminated nearly 200 militants from a faction directly supported by Turkish intelligence, while some observers saw the message as an indirect threat from Russia directed at the Turks.

It is noteworthy that the Syrian local official media mentioned the return of a number of civilians to Morek when the Turkish point withdrew, which prevented them from returning to their villages after more than a year. The total number of Turkish points is 36 points.

This produced pressure on the armed factions and pushed a number of militants to participate in foreign wars in favor of Turkey, including Libya and Azerbaijan, as the number of militants transferred by Turkey to Azerbaijan reached about 2000 militants who had justified that they went there for the money and high salaries provided by Turkey that reach To $ 2,000 a month, while the HTS faction (formerly Jabhat al-Nusra)

Working under the agenda of the Turkish intelligence in Idlib after feeling the danger of eliminating it in the event of any resumption of any battle in Idlib, as it is a terrorist classified organization by Russia and the Syrian state

Will All those trespassing and Not invited on Syrian soil plz leave,Oh don’t forget to take the garbage[ salafist terrorists] with you.. thanks 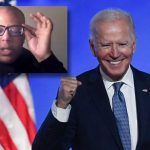 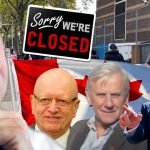