On Thursday, the Syrian state announced the opening of 2 humanitarian crossings between its areas and the areas controlled by the Turkish factions in the countryside of Aleppo and Idlib.

Sources reported that the 2 crossings that were opened to enable the people to leave the regions of the Syrian state and return to their safe villages and towns are the “Tarnaba-Saraqib” crossing in the eastern Idlib countryside, and the “Abu Zendin” crossing in the “Al-Bab” area east of Aleppo.

The sources pointed out that the opening of the 2 crossings came with Russian coordination and mediation and within the proposal submitted by the Russians to open a 3rd crossing “Miznaz”, in the southern countryside of Aleppo.

At the same time, the sources confirmed that no civilians have left the crossings, which were equipped with all health supplies and relief services, because the militants are still preventing the people from leaving, as happened previously when the “Tarnaba” crossing was opened last month.

The Syrian state had previously opened the “Tarnaba” crossing in the “Saraqib” area to enable civilians to leave the areas under the control of the factions and armed organizations in Idlib, but the crossing didn’t record the exit of any civilians as a result of the militants preventing them and threatening them with death and arrest.

At that time, the “Tarnaba” crossing was subjected to targeting by the militants, in order to prevent civilians from going there.

The militants also set up several checkpoints in the vicinity of it, while the streets leading to it were closed.

It’s noteworthy that the practices of the militants and their prevention of the people from entering the Syrian state isn’t a new matter for them, as they have previously used the same method in several previous agreements to open humanitarian crossings, which reflects the fact that they deliberately obstructed all these agreements, and Turkey’s inability to curb these factions and oblige them to implement the agreements. 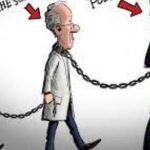 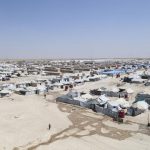