Joe Biden is tragically suffering a mental eclipse and sliding away at a geometric rate. Understandably, his handlers have kept him out of sight. He stays off the campaign trail on the pretext of the virus and his age-related susceptibility to COVID-19 morbidity.

I say “pretext” without apology. Quarantine should not have otherwise stopped Biden over the past three months from doing daily interviews, speeches, and meetings. But each occasion, however scripted, rehearsed, and canned, would only have offered further daily proof that Biden is cognitively unable to be president or indeed to hold any office.

Often Biden cannot finish a sentence. Names are vague eddies in his mind’s river of forgetfulness. He is in a far more dire mental state than a physically failing FDR was in his 1944 campaign for a fourth term.

The earlier career of a healthy Biden illustrates that he was not especially sharp even when in control of most of his faculties. We recall the former sane/nutty Biden of Neal Kinnock plagiarism, his “put y’all in chains” demagoguery, the studied racism of Biden’s riffs about a “clean” and well-spoken Obama, and the sane/insane Corn Pop stories. All are the trademark of a once fool Joe Biden, who was at least alert when compared with his current catalepsy. If Donald Trump can be ungrammatical, Biden is agrammatical — he simply streams together half-thoughts without syntax and then abandons the sentence entirely.

If Trump repeats vocabulary, Biden increasingly searches for words, any noun, whatever its irrelevance to the point he is making. Biden seems to suffer dyscognitive seizures, in which for moments he has no idea what he is doing or saying or where he is — a tragic, nearly epileptic condition. In scary episodes, the pale, scaly, and frozen visage of Biden appears almost reptilian, like a lizard freezing and remaining stationary as it struggles to process signals of perceived danger.

Inserting memorized answers into rehearsed questions, as if the entire con was spontaneous, only reveals how his once episodic dementia has become chronic as he loses his prompt and place. It was understandable that his handlers saw opportunity in secluding Biden during Trump’s tweeting, alongside the contagion, the lockdown, the recession, and the rioting that in voters’ minds had equated fear of chaos with the culpability of the current commander in chief.

But there were always problems with placing Biden in suspended animation in his basement, even as he seemingly surged ahead of Trump in the early-summer polls.

One, seclusion, quiet, and the absence of intellectual stimuli often only enhance dementia, while travel, conversation, and new imagery and experiences tend to unclog for a bit the congested neuron pathways. The more Biden “rests up,” the more he seems to be non compos mentis in his rare staged interviews. His brain is like a flabby muscle, and restful disuse does not make it firmer.

Two, in theory there should be a shelf life to a virtual presidential candidate. True, Biden has climbed in the polls, as the public never sees or hears him — in the manner that an unpopular lame-duck Obama disappeared to the golf courses and retreats in 2016 and yielded the media spotlight to the dog and cat fighting between Trump and Clinton. Obama then discovered that the more he retreated from the public eye, the more the public liked the old idea, rather than the current reality, of him.

So too the ghost model was supposed to work for Biden.

He is a cardboard candidate, but at least he’s not on the front lines of commentary on statue toppling and the contagion, and so he can be blamed for neither.

But by avoiding the campaign trail, Biden is only postponing the inevitable. He is compressing the campaign into an ever-shorter late-summer and autumn cycle. If he really agrees to three debates (he may not agree to any at all), and if he performs as he usually now acts and speaks, then he may end up reminding the American people in the eleventh hour of the campaign that they have a choice between a controversial president and a presidential candidate who simply cannot fulfill the office of presidency. And if Biden is a no-show, Trump will probably debate an empty, Clint Eastwood–prop mute chair.

Why, then, is Biden the nominee at all — other than that he leads in the delegate count and surged after Democrat back-roomers panicked when Bloomberg imploded and Bernie surged? As a result, politicos forced or enticed all the other primary candidates to vacate and unite around someone nominally not a socialist.

Is one consolation that Biden’s dementia offers a credible defense that he has “no recollection” that he was in on Obama’s efforts to surveil an oppositional campaign and abort a presidential transition?

While all Democrats know that the cat must be belled, no one wishes to step forward to do it and remove Biden — and indeed no one knows how to steal a nomination from an enfeebled winner and hand it off to an undeserving but cogent alternative. Take out Biden in August, and who knows what sort of candidate stampede might follow in today’s insane landscape?

So what are these strategies of dementia other than putting Biden on ice while redefining the election as Trump versus the media’s version of the virus, lockdown, and economic stagnation?

This election will be like a grand jury with expanded capacities. Not only is the DNC betting on electing a ham sandwich (with a side-plate of overdone vegetables), but working hard to indict the current ham and veggie platter to boot.

Miss, can you please tell the chef this ham is overdone and I insist on replacing it with a vegetable.

The question is–even if Biden is as incapacitated as he appears to be and most people know it will he still win?

He’ll never be totally incapacitated. They’ll always find a way to manage him. 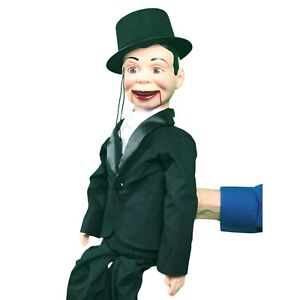