In this week’s episode of the Strategic Hour, Matt Ehret, and V the Guerilla Economist discuss the roots of the current drive to impose a green bankers dictatorship onto the world using a marketing ploy that turns FDR’s New Deal inside out.

Some of the topics explored include the rise of systems analysis and the new eugenics movement in the post-WW2 age guided by a manifesto laid out by Sir Julian Huxley in 1946, the rise of the Club of Rome’s Limits to Growth and the fanatical warfare conducted on human creative reason that has shaped the grand strategy of both modern Malthusians and all oligarchical managers for thousands of years.

Additionally, Matt takes some time to debunk the idea that CO2 is either a pollutant or the cause of climate change.

global situation. Thank you for posting.

Matthew your European history its way off. The family of bankers with the help of others created communist Russia, it was their child. Stalin was supposed to bring peace to the whole of Europe, of course, along with communism. Hitler thought even before the Ribbentrop-Molotov pact that the Soviets were his partner in the conquest of the World.  When he learned of the real plans and that he was only a pawn in this game, he attacked the Russians first. This happened a few days before the planned soviet attack. Stalin gathered three powerful strike groups at the border. He managed… Read more » 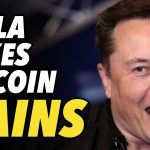 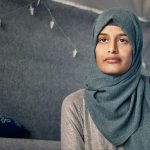