In March 2005, the governor of St. Petersburg Valentina Matvienko and CEO of Gazprom Alexei Miller announced a joint decision to begin the construction of a new ultramodern arena for 50,000 spectators on the Krestovsky island. It was assumed that the construction works for new home for FC Zenit (Zenit Arena or Krestovsky Stadium) would last for three years.

Nobody knew at the time that three years of planned work could easily have turned into twelve.

How did the construction costs increase? 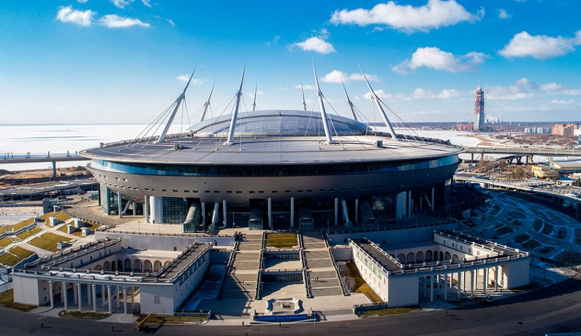 Four years later, in October 2012, an increased figure of 43.8 billion rubles was announced, which at the current rate was over $1.4 billion.

Today, in 2017, we can only imagine how great the final cost of the stadium is. That is taking into consideration the difference in rates throughout the years, the sanctions that have influenced the cost of materials and also the permanent rise in prices because of the financial crisis in Russia.

Which stadiums could have been built in St. Petersburg instead of the stadium on Krestovsky? 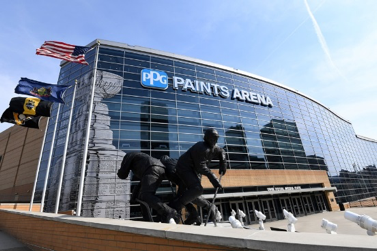 12 Allianz Stadiums – the home of Juventus Football Club, the most successful club in Italian soccer history 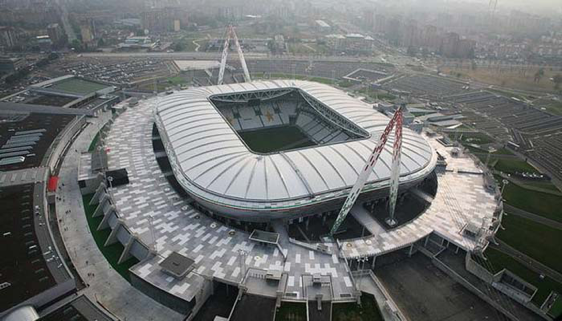 Moreover, Zenit Arena is $200 million more expensive than the famous U.S. Bank Stadium, where the Super Bowl LII will be held next year. 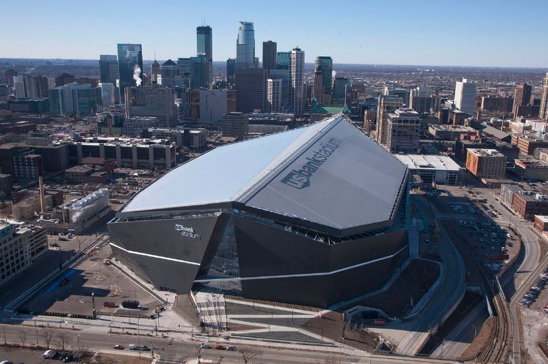 Finally, it’s hard to believe that Zenit Arena has the same construction cost as, perhaps, the most discussed stadium of the last month in North America – the Mercedes-Benz Stadium. On September 16, 2017, Atlanta United played an MLS regular season match versus Orlando City at Mercedes-Benz Stadium in front of 70,425 spectators, the largest crowd in a stand-alone MLS match. 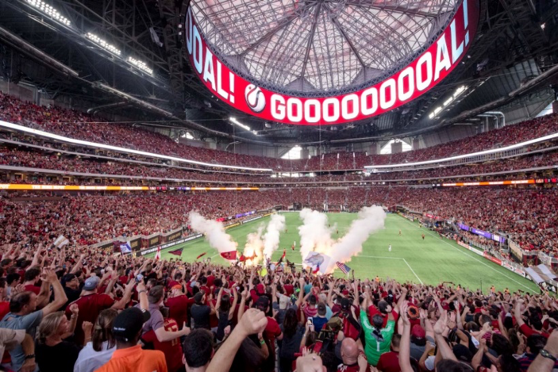 Why the time and costs suddenly began to grow?

Federal laws against the stadium…

In January 2010, the government suddenly introduced new federal laws for firefighting. The forced reconstruction of the dome of the arena with the replacement of materials, as well as the reconstruction of fire escape stairs, required new investments and an increase in terms for almost a year. 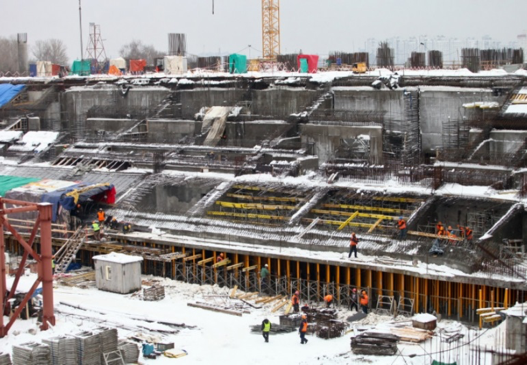 Customer is late, constructors are in a hurry…

In January 2011, the documentation for the redevelopment was received by the builders three months later than expected, so the builders, who hurried to start the work, faced the need to dismantle the roof of the future stadium.

Sudden decision about changing the project…

In October 2011, the St. Petersburg Government Construction Committee approved a new design for the roof exactly two months after the start of work.

What kind of scandals surrounded the construction of Zenit Arena?

The anger of the PM…

Dmitry Medvedev shared his opinion on the progress of construction in 2012: “This is not just a long-term construction, it looks shameful.” 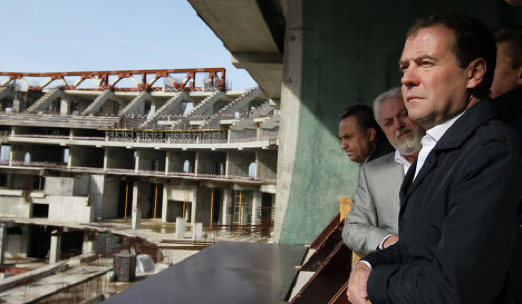 Slave labor and death of workers…

According to the Norwegian magazine “Josimar” 110 North Korean builders had worked on the Zenit Arena. As stated by the Russian lawyer Olga Zeitlina, those laborers lived in terrible conditions and were completely exhausted both mentally and physically. Passports were confiscated in order to prevent them from escaping.

The stadium is more important than hospitals…

The City Governor’s Office approved a plan to reallocate funds for the completion of the stadium and the surrounding infrastructure. For this purpose, $45 million was allocated from the state budget which was intended for schools, cultural facilities, and the healthcare system.

Cormorants are destroying the stadium…

According to Igor Albin, the vice-governor of St. Petersburg, the protective layer of the stadium roof could withstand up to 400 kilograms per square meter, but could not cope with cormorant attacks. This required a new full-fledged defense structure for the arena’s roof.

The stadium is dangerous for the health of spectators and athletes…

Specialists from the Ministry of Health found that the content of ammonia and formaldehyde in the locker rooms and halls was exceeded. Toxins were being given off from the materials that were used to finish the premises. The reason lies in the concrete and additives that were used during the winter period construction. 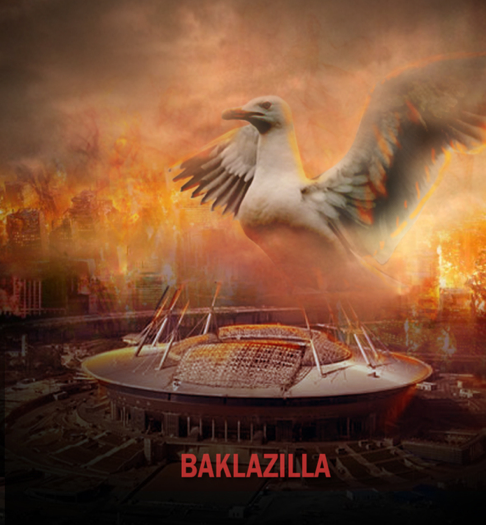 What strange things were taking place during the construction of Zenit Arena?

In 2013 the Construction Committee of St. Petersburg and Oleg Deripaska’s company Transstroy, which was responsible for the construction works on Krestovskiy island, terminated the contract. In two months Transstroy won the bid for the second time, and the city government re-signed the contract. 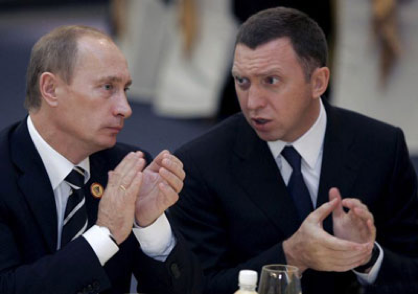 In 2014, the bid for the creation of an artificial land plot around Krestovsky island for the construction of an “invisible stadium” for the 2018 World Cup was shelved. The estimated amount of allocated funds was $39 million. The number of similar undisclosed initiatives remain unknown.

In 2015, an investigation into an embezzlement case of $2.5 million by one of the subcontracting parties was terminated due to the statute of limitations expiring.

The disappearance of the scoreboard from Zenit Arena…

In 2016, the Investigative Committee and the St. Petersburg Economic Police launched large-scale searches of $2.5 million that were intended for the installation and exploitation of a scoreboard.

What kind of incidents took place in the stadium? 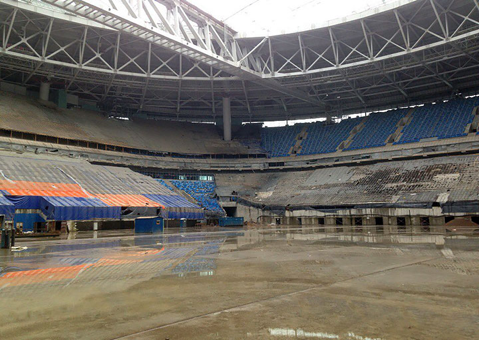 Who is in the dock?

According to the investigation, the vice-governor of construction Marat Oganesyan ensured the illegal involvement of a subcontractor in the construction of the stadium. The result was the plundering of more than $866,000 through one-day companies.

From 2004 to 2010, Marat Oganesyan led the “Soglasie Group” company, which was engaged in the reconstruction of the buildings of the Moscow Kremlin and built the trade and hotel complex “Moscow City”.

Who is suspected by media?

In 2013, the press vigorously discussed the report of the Control and Accounting Chamber of St. Petersburg. As soon as this report was made public the authorities classified this information as confidential. A number of well-known names disappeared from the final version of the document, among them:

Governor Valentina Matvienko, who signed the draft law on the allocation of more than $164 million for a new contractor – Inzhtransstroy. She holds the post of speaker of the Federation Council. 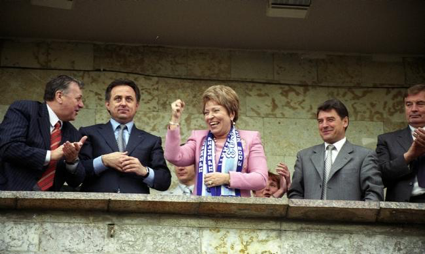 Vice-governor Roman Filimonov, who lobbied for large-scale project changes and increasing the costs. Today he holds a high position in the JSC Russian Railways.

Vice-governor Alexander Vakhmistrov, who was responsible for solving the issues of capital construction and reconstruction of real estate objects. Now he is the coordinator of the “National Association of Builders”. 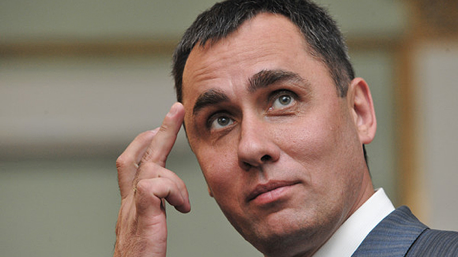 The name of the chairman of the Construction Committee Vyacheslav Semenenko was mentioned so often in corruption cases on Krestovsky island that his resignation, according to the Media, was the result of scandals around the arena. However, instead of a criminal case, the official was appointed to the Administration of the governor of St. Petersburg. 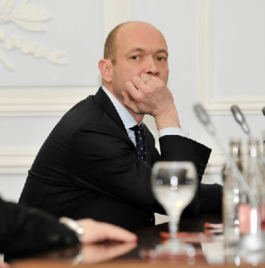 How is the arena functioning after the opening?

The case of the Krestovsky Stadium remains the most discussed sport topic of the day in Russia.

The reasons why Zenit Arena is not ready to host matches at the highest level are the following: 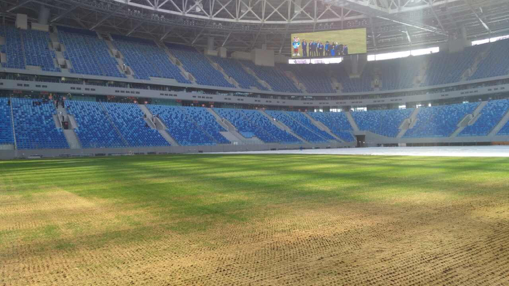 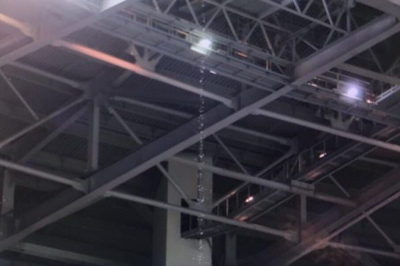 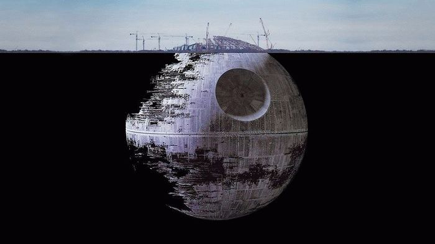 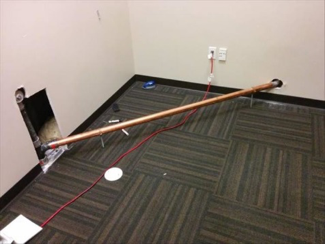 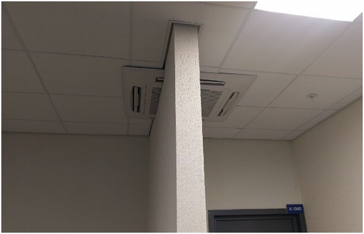 Why the construction on Krestovsky island is a sad verdict for Russian realities?

For the last twelve years the country has been living in some kind of reality show, where each episode only confirms how logical the season finale is, but new participants and sensational incidents allow people to believe in an unexpected ending.

Big businesses, officials, rascals from one-day companies and sport giants felt the ground for new frauds, lost a sense of the measure. For them it’s only possible in the reality show called «Russia».

The ghastly saga of the Zenit stadium serves as a supreme example of the sort of things that still go wrong in Russia.

In the twelve years since the project was launched it has become a feeding trough for an unholy collection of profiteers and blunderers. Big prestige projects like this often attract corruption in many countries but the failure of the Russian authorities to get a grip on it in this case, the lack of transparency and basic accountability, and the protection offered to privileged and sometimes corrupt insiders speaks for itself and shows that Russia has still not put the ghastly realities of its corrupt past entirely behind it.”

The Russians actually are not bad at carrying out big construction projects. It depends very much on who is involved. If the project is run by the central government then it runs a reasonable chance of being completed without the timetable or budget suffering from excessive cost overruns.

Projects run by local governments – like this one – are a wholly different matter.

In this case I suspect that part of the problem was that Matviyenko, the mayor of St. Petersburg who initiated the project and who is an exceptionally steely character (she is an outside possibility for Putin’s successor), was over focused on a large number of other gigantic infrastructure projects in the St. Petersburg area, of which the huge dam built to protect St. Petersburg from floods (talked about since the 1950s but only actually built under her) was just one, and as a result she lost focus on the stadium.

Matviyenko then transferred to Moscow in 2011 to become Chair of the Federation Council, leaving her much weaker successors to sort out the mess. They would have been no match to Oleg Deripaska, the tough oligarch who is behind the stadium project.

That points to the nature of Russia’s problems. It is not Germany where people can be left alone to do things properly by themselves. On the contrary if things are to be done properly they require the unremitting attention of those in charge.

As the Russians say themselves, the country works only on manual not automatic.