Saudi Foreign Minister “Faisal bin Farhan,” said that his country supports the political process in Syria, which is supported by the “UN”, and hopes that it will be pushed forward.

Bin Farhan added in a press statement in response to his question about the future of Saudi relations with Syria, that the UN supports the political process that brings the Syrian government together with the opposition, and that Riyadh supports this process as well.

The Saudi minister indicated that his country hopes that the Syrian government will take appropriate steps to find a political solution to the crisis, because that is the only way forward in Syria, adding that everyone needs the stability of Syria, which requires a compromise solution by Damascus, and requires the concerted efforts of all Syrian parties, to move forward with a political process that achieves stability.

Bin Farhan answered about Saudi Arabia’s position on the Emirati call to end the economic sanctions imposed against Syria, saying that the Caesar act is a decision taken by the US and it relates to its position on the Syrian situation, considering that the main issue is finding a political solution to the crisis.

The Saudi minister’s statements came after information spread over the past months about Riyadh’s desire to re-establish rapprochement with Damascus, similar to what Abu Dhabi did.

However, the imposition of US sanctions contributed to delaying this rapprochement, according to diplomatic sources, noting that Saudi Arabia recently stopped the work of the opposition negotiated on its territory, which was considered an indication of a clear change in Riyadh’s official position on the Syrian crisis. 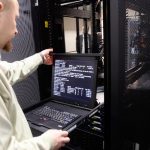 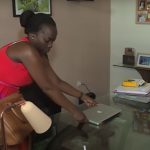