It is one of the most important aspects of our media system, and yet hardly known to the public: most of the international news coverage in Western media is provided by only three global news agencies based in New York, London and Paris.

The key role played by these agencies means Western media often report on the same topics, even using the same wording. In addition, governments, military and intelligence services use these global news agencies as multipliers to spread their messages around the world.

A study of the Syria war coverage by nine leading European newspapers clearly illustrates these issues: 78% of all articles were based in whole or in part on agency reports, yet 0% on investigative research. Moreover, 82% of all opinion pieces and interviews were in favor of a US and NATO intervention, while propaganda was attributed exclusively to the opposite side.

How Global News Agencies and
Western Media Report on Geopolitics

A Study by Swiss Propaganda Research

“Therefore, you always have to ask yourself: Why do I get this
specific information, in this specific form, at this specific moment?
Ultimately, these are always questions about power.” (*)
Dr. Konrad Hummler, Swiss banking and media executive

“How does the newspaper know what it knows?” The answer to this question is likely to surprise some newspaper readers: “The main source of information is stories from news agencies. The almost anonymously operating news agencies are in a way the key to world events. So what are the names of these agencies, how do they work and who finances them? To judge how well one is informed about events in East and West, one should know the answers to these questions.” (Höhne 1977, p. 11)

A Swiss media researcher points out: “The news agencies are the most important suppliers of material to mass media. No daily media outlet can manage without them. () So the news agencies influence our image of the world; above all, we get to know what they have selected.” (Blum 1995, p. 9)

In view of their essential importance, it is all the more astonishing that these agencies are hardly known to the public: “A large part of society is unaware that news agencies exist at all … In fact, they play an enormously important role in the media market. But despite this great importance, little attention has been paid to them in the past.” (Schulten-Jaspers 2013, p. 13)

Even the head of a news agency noted: “There is something strange about news agencies. They are little known to the public. Unlike a newspaper, their activity is not so much in the spotlight, yet they can always be found at the source of the story.” (Segbers 2007, p. 9)

“The Invisible Nerve Center of the Media System”

So what are the names of these agencies that are “always at the source of the story”? There are now only three global news agencies left:

In addition, many countries run their own news agencies. These include, for instance, the German DPA, the Austrian APA, and the Swiss SDA. When it comes to international news, however, national agencies usually rely on the three global agencies and simply copy and translate their reports.

The three global news agencies Reuters, AFP and AP, and the three national agencies of the German-speaking countries of Austria (APA), Germany (DPA) and Switzerland (SDA).

Wolfgang Vyslozil, former managing director of the Austrian APA, described the key role of news agencies with these words: “News agencies are rarely in the public eye. Yet they are one of the most influential and at the same time one of the least known media types. They are key institutions of substantial importance to any media system. They are the invisible nerve center that connects all parts of this system.” (Segbers 2007, p.10)

However, there is a simple reason why the global agencies, despite their importance, are virtually unknown to the general public. To quote a Swiss media professor: “Radio and television usually do not name their sources, and only specialists can decipher references in magazines.” (Blum 1995, P. 9)

The motive for this discretion, however, should be clear: news outlets are not particularly keen to let readers know that they haven’t researched most of their contributions themselves.

The following figure shows some examples of source tagging in popular European newspapers. Next to the agency abbreviations we find the initials of editors who have edited the respective agency report.

Occasionally, newspapers use agency material but do not label it at all. A study in 2011 from the Swiss Research Institute for the Public Sphere and Society at the University of Zurich came to the following conclusions (FOEG 2011):

“Agency contributions are exploited integrally without labeling them, or they are partially rewritten to make them appear as an editorial contribution. In addition, there is a practice of ‘spicing up’ agency reports with little effort: for example, unpublished agency reports are enriched with images and graphics and presented as comprehensive articles.”

The agencies play a prominent role not only in the press, but also in private and public broadcasting. This is confirmed by Volker Braeutigam, who worked for the German state broadcaster ARD for ten years and views the dominance of these agencies critically:

“One fundamental problem is that the newsroom at ARD sources its information mainly from three sources: the news agencies DPA/AP, Reuters and AFP: one German/American, one British and one French. () The editor working on a news topic only needs to select a few text passages on the screen that he considers essential, rearrange them and glue them together with a few flourishes.”

Swiss Radio and Television (SRF), too, largely bases itself on reports from these agencies. Asked by viewers why a peace march in Ukraine was not reported, the editors said: “To date, we have not received a single report of this march from the independent agencies Reuters, AP and AFP.”

In fact, not only the text, but also the images, sound and video recordings that we encounter in our media every day, are mostly from the very same agencies. What the uninitiated audience might think of as contributions from their local newspaper or TV station, are actually copied reports from New York, London and Paris.

Some media have even gone a step further and have, for lack of resources, outsourced their entire foreign editorial office to an agency. Moreover, it is well known that many news portals on the internet mostly publish agency reports (see e.g., Paterson 2007, Johnston 2011, MacGregor 2013). (…more)

For all of the dads and moms that love to stay home to take care of their loved ones,or the rest of people on the search for an opportunity to pull in some extra income for their family month after month let me share a remarkable opportunity to explore…Thanks A lot Read more

But above the news agencies … at the very top of the pyramid of power and influence stand the investment companies Blackrock and Vanguard who own majority shares in everything you can imagine … from car hire, to insurance, to banking, to media companies to food companies, to Big Tech, to Big Pharma, to Big Agra, and on and on. And to a large extent all members of these companies are anonymous. Is it any surprise that there is a global monopoly on ‘the truth’ as disseminated by the so-called news media, or that large corporations are acting as proxies… Read more » 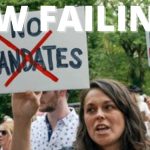 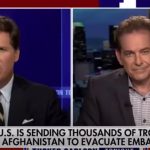