40% job approval of U.S. Supreme Court is tied [with exactly a year ago] for record low

You can see Gallup’s complete year-to-year polling-results on this, since 1972, here.

It violates the essence of what made America a great country in its political system. Now it’s just an oligarchy with unlimited political bribery being the essence of getting the nominations for president or being elected president. And the same thing applies to governors, and U.S. Senators and congress members. So, now we’ve just seen a subversion of our political system as a payoff to major contributors, who want and expect, and sometimes get, favors for themselves after the election is over. … At the present time the incumbents, Democrats and Republicans, look upon this unlimited money as a great benefit to themselves. Somebody that is already in Congress has a great deal more to sell.

Carter attributed that change to the U.S. Supreme Court decisions starting with the 1976 Buckley v. Valejo decision, which ever-increasingly have unleashed the power of private wealth to control the mass-mind by investing in news-media and buying ads in them so as to persuade enough voters in order to get those people’s purchased politicians elected to public offices to produce and interpret legislation and regulatory decisions in the way that the money-power (one-dollar-one-vote) wants, instead of in the way that the voters in an authentic democracy (in which the voters are honestly informed — actual one-person-one-vote rule in the country, an authentic democracy) would want. Carter was saying that it’s an “oligarchy” ruling here, and he meant that it is like banana republics in which the local aristocrats — the given nation’s wealthiest — virtually own the Government, by owning (through their corporations, profit and ‘non-profit’) the successful politicians and ‘news’-media there. America has become its own banana republic, ruled by our own “oligarchs.”

Two weeks later (10 August 2015), I sent a letter to each one of the five U.S. Supreme Court ‘Justices’ who consistently had voted for corruption, against democracy, in each of the Court’s key corruption-.v.-democracy cases. I physically mailed separately to each of the letter’s five named recipients, via the U.S. Postal Service, and also posted the letter’s contents online by filling out the U.S. Supreme Court’s online contact form, the following letter, to each, and to all, of them:

Supreme Court of the United States

How wrong can you be?:

“(1) This Court has identified only one legitimate governmental interest for restricting campaign finances: preventing corruption or the appearance of corruption. See Davis, supra, at 741. Moreover, the only type of corruption that Congress may target is quid pro quo corruption. Spending large sums of money in connection with elections, but not in connection with an effort to control the exercise of an officeholder’s official duties, does not give rise to quid pro quo corruption. Nor does the possibility that an individual who spends large sums may garner “influence over or access to” elected officials or political parties. Citizens United v. Federal Election Comm’n, 558 U. S. 310, 359. The line between quid pro quo corruption and general influence must be respected in order to safeguard basic First Amendment rights, and the Court must ‘err on the side of protecting political speech rather than suppressing it.’ Federal Election Comm’n v. Wisconsin Right to Life, 551 U. S. 449, 457 (opinion of Roberts, C. J.). Pp. 18–21.”

Hasn’t Donald Trump declared and proven (as if it hadn’t already been demonstrated profusely) that you’re either fools or liars — or both?

PS: If I could have reached you via email, then you’d be able to click onto that devastation by Donald Trump of what you have written. He’s saying that quid-pro-quo corruption is precisely what your decisions have enabled to be without penalty — that you’ve merely specified the ways it should be done.

PPS: Your Court’s prohibiting direct email to you, and requiring old paper-and-inks to you, doesn’t only make more cumbersome your seeing that documentation (by means of clicking onto links), but it’s undemocratic. To you, that’s probably a plus. But you took oaths swearing to the contrary. See the Constitution’s sovereignty-clause, its Preamble. “The People” are to rule, and to be served. No aristocracy, at all.

None of the five ‘Justices’ (nor the Court) ever responded. All five of them were the Court’s Republicans, and I had cited their own Party’s soon-to-be Presidential nominee’s own personal testimony that had described instances in his own, personal, experiences, which disproved what each one of the five Republican ‘Justices’ had said in his own, U.S.-Constitution-raping McCUTCHEON v. FEDERAL ELECTION COMM’N ruling — but none of them ever responded. Each one of them ignored it.

Each of these five ‘Justices’ had signed onto a ruling that said “This Court has identified only one legitimate governmental interest for restricting campaign finances: preventing corruption or the appearance of corruption.” How does non-“quid pro quo corruption” NOT meet AT LEAST the LESSER of those two STATED standards: “the appearance of corruption”? Each one of those ‘Justices’ is a blatant liar, who simply refuses to address (to respond to) the real questions. What they have done is to make virtually all sorts of corruption legal in the United States, so long as it’s done in ‘the right’ way — and they have made it ridiculously easy to do. Almost all upper-class crimes are now practically unprosecutable in the U.S.; only lower-class crimes can be successfully prosecuted (and they already fill the prisons in the U.S., which has a higher percentage of its population in prisons than any other nation does).

Gallup now finds that “47% trust the judicial branch; previous low was 53%.” So, right now, 47% of Americans are either enormously misinformed, or else they are willing to believe what is clearly and demonstrably false.

Any person who calls the U.S. a “democracy” is either a fool or a liar. This nation is instead an aristocracy: one-dollar-one-vote ruled, instead of one-person-one-vote ruled — and not even close to being any sort of authentic “democracy” (or “republic”) — it is like America’s own banana republics are, but, it is the imperial center of that international dictatorship, or “empire” (which Barack Obama routinely referred to as “the one indispensable nation” — like Hitler had thought of Germany, and Churchill had thought of England: meaning that all OTHER nations are “dispensable”).

The main difference between Republican and Democratic Party officials is that whereas the billionaires, who fund the former, demand corruption even overtly, the billionaires who fund the latter demand corruption only covertly, and allow their agents to propagandize publicly against it. Republican-Party funders and politicians support “a free market” and oppose “regulations”; and, therefore, have succeeded at pushing the legal boundary of “corruption” to so tiny a space as to be virtually non-existent, in the real world. All other corruption is “fair game” to practice, in this “free market.” And, since they favor as ‘small’ a government as possible, in order to maximize the “freedom” (of themselves, and of other extremely rich persons), they oppose ‘regulations’ that might reduce their “freedom.” (Their “freedom” is for wealth — not for persons.)

Therefore, whereas Republicans don’t feel themselves to be dirtied by having ‘Justices’ who are committed to the one-dollar-one-vote principle, Democrats would. It’s not that Democrats are against it, but that Democrats want to avoid being associated with it. A progressive IS against it, and therefore can find little, if any, representation in the U.S. federal Government. The Republican Party no longer even pretends to be progressive (supporting one-person-one-vote, instead of one-dollar-one-vote), but the Democratic Party sometimes does. And that’s the difference between the two American Parties.

At the head of this corruption, is the Rottenchilds Banksters who “Own” what is supposed to be “Owned” by “We the People” thats the Reserve Bank, same in Uk, Eu, Au, Can, ! 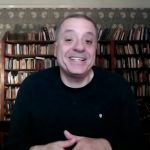 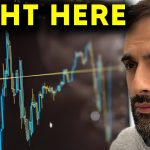