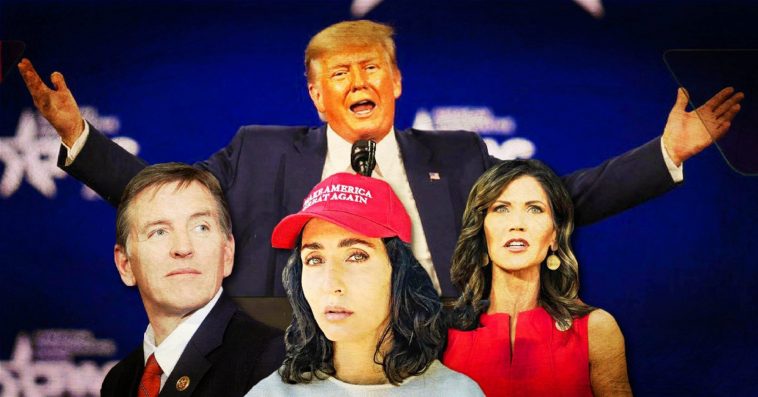 The leader of the Free World has spoken. And no, I don’t mean Joe Biden, who has yet to hold his first press conference since January 20.

I am of course referring to President Trump and his triumphant return last Sunday at the Conservative Political Action Conference.

I certainly do, and judging by the crowd’s ‘we love you’ chants and the millions watching online, the answer is a resounding ‘yes’.

And how could it not be? The past few weeks have been horrendous since the Biden/Harris administration was installed, giving him ample ammunition to make his case:

Former speechwriter, Darren Beattie, praises President Trump’s speech at CPAC, and offers friendly advice on how Trump can use his powerful endorsement power.

“Joe Biden has had the most disastrous first month of any president in modern history. That’s true. Already the Biden administration has proven that they are anti jobs, anti-family, anti borders, anti energy, anti-women, and anti science. In just one short month, we have gone from America first to America last.”

After going into detail on just how destructive the Biden/Harris policies have been, President Trump didn’t spare his own party’s failings too, denouncing the Republicans who don’t stand up for the American people either, but instead bend over in front of the Democrats.

In merely an hour and a half, the Establishment received a very public dressing down by their number one enemy and the only man who knows how to deliver it just right.

This is precisely the role President Trump has taken on since entering the political fray: highlighting just how corrupt and rotten the country’s political parties are for the whole nation to see. Indeed, it is painfully obvious that both parties are mere façades, with scarcely any elected officials actually representing the interests of their constituents. Whether on the Left or on the Right, America is ruled by power hungry politicians who systematically sell out the country to amass fortunes and retain their cushy positions.

Five years on, the unstoppable growth of Trump’s America First movement is proof that he has largely succeeded in exposing this hard truth. It is thanks to President Trump that the American people are now wiser than ever to their rulers’ schemes – and are taking steps to address them.

No longer will Americans tolerate their ruling class getting rich off of their backs, shipping their jobs overseas, lining their pockets, and building their mansions on a foundation of broken families and shattered communities. Nor will they suffer the consequences of open borders, whether economically, demographically or to the detriment of their physical safety.

No longer will they sit idly by while big corporations with no allegiance to America subvert the laws of the land and violate the rights of citizens; nor will they put up with the ever-growing encroachment upon their most basic freedoms by their government and its intelligence apparatus.

This is what America First enables and requires. And despite all the fabricated anti-American sentiments that have been seeping through every available avenue for decades, the Globalist Agenda is bound to fail in the face of this renewed Patriotism sweeping the country.

Americans know their rights, value their Constitution, and will remain a free and unbowed people.

For those still in doubt, this message was loud and clear for all to hear in Orlando last week. Catching up on several other speeches at CPAC and the lesser known – though not for long – America First Political Action Conference (AFPAC), both events proved that not only is America First growing, but – more importantly – so is the number of Patriots willing to voice their position unabashedly, sacrifice their reputations and even their lives to save their nation.

And it’s proving effective. Listening to elected officials such as Governors Kristi Noem and Ron DeSantis, Congressmen Paul Gosar and Matt Gaetz, it’s quite obvious their increasing popularity derives from an authentic embrace of an America First agenda.

Most heartening was the show of solidarity with the younger generation of America First champions, such as my friend Laura Loomer and the whole crowd at the aforementioned AFPAC conference. I found this to be the greatest source of encouragement, seeing so many brave Patriots out there supporting each other while the world derides and attempts to cancel them.

People may not agree with every opinion they emit or they may even disagree with each other on certain issues – but they are united in one thing: their love for America and their unyielding determination to preserve what makes her great.

And it is this very unity that must be fostered in order to successfully take back the country, as President Trump rightly pointed out.

Yes, the country hangs in the balance until election integrity is fully examined and restored, as President Trump also clearly outlined in his speech. But, in the meantime, every effort must also be made to push the America First agenda and support these candidates across fifty states and government levels who firmly believe that American principles need to be protected.

Over are the days in which patriotism was whispered behind closed doors for fear of appearing offensive. Meek Republicans will not convince voters, and the party is now doomed to fail unless America First candidates are put forward, as confirmed by the unwavering support for President Trump to this day.

It’s simple. Americans want fighters who will defend an America First agenda, not grifters posturing as conservatives who will cower in the face of intimidation tactics or be seduced by bribes.

Republicans have no choice but to get with the program, otherwise they will be replaced. President Trump has set matters on track to restore the integrity of the party, thereby enabling America to reverse this downward spiral towards a totalitarian state under  globalist rule – overtly pushed by the Democrats and condoned by RINOs.

I know the situation is extremely bleak as of late, especially considering the shocking treatment Patriots have been subjected to since 1/6, and the real consequences Americans are suffering following the Biden/Harris take over.

But I am still convinced America will prevail. Patriots across the country are coming together, and will stand up against those who seek to attack them and destroy their country in front of their very eyes. They will not yield. As the President remarked at CPAC below:

I believe these words of President Trump, as I share his strong faith in the American people, and the nation’s future.

This is America after all – and America belongs to Patriots.

YouTube Has Removed Trump’s CPAC Speech. So Here It Is, In Full…

Google-owned YouTube has memory-holed the entire CPAC speech of the former President of the United States, Donald J. Trump. In a stunningly authoritarian move, the Chinese Communist-linked corporation (which hosts pedophilia videos) took down the videos on Thursday, March 4th.

Noor Bin Ladin is a writer living in Switzerland. She is a friend to all American Patriots. Check out her website.

So delirious. Trump lost and is out of the game. Will wait 4 years to lose again. Thats true. 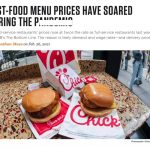 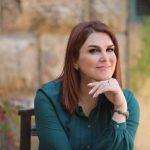