In spite of the gallons of mendacious ink they generate, there are very few judicial executions in the United States. Last year, ten men prefixed by one woman were so dispatched. This year, three have been executed so far, all by lethal injection. The next man scheduled to die is Oscar Smith, on April 21, in Tennessee.

In spite of all the arguments mounted against capital punishment, if it were to be restricted to the worst of the worst – those convicted of truly unspeakable crimes on overwhelming evidence – there would really be no reason to oppose it, and Oscar Franklin Smith is indeed among the worst of the worst. Smith (pictured here), will be 72 on March 25, and not untypically was convicted more than three decades ago. Child rapist and murderer Romell Broom was scheduled for execution on March 16, but died in December 2020, apparently from covid.

As for Smith, in October 1989, he murdered his estranged wife and her twin boys (his stepsons). He had a long history of abusing Judy Smith before killing her.

A condemned man is generally granted a final wish of a last meal. Smith will have another choice if his execution goes ahead – electric chair or lethal injection.

Another Tennessee inmate scheduled for execution is Harold Nicholls, a serial rapist who was convicted of six rapes. On September 30, 1988, he broke into the Chattanooga home of a young woman named Karen Pulley, raped her and beat her savagely. She died the next day.

At trial, Nicholls claimed he’d had a rotten childhood, which appears to be true. His mother died when he was ten, but  on June 9, 1997, the Editor and Publisher of the Chattanooga Times Free Press pointed out that: “There is an unfortunate tendency by criminal defendants these days to try to minimize the worst of crimes by pleading that they have had a tough time themselves. But…Childhood injustices should not be an excuse for adult crimes.”

Nor for the absurd delays in executing the worst of the worst. The serial killer Peter Manuel was arrested January 13, 1958, tried at the High Court in Glasgow from May 12, sentenced to death on May 26, and after a failed appeal, hanged at Scotland’s Barlinnie Prison on July 11.

That time frame was far from unusual the world over, and although the system currently in use Stateside provides for automatic appeal and review in all capital cases, there is absolutely no reason killers like Nicholls and Smith should not be executed within two years, three at the absolute maximum, allowing for due process and then some.

There are currently around three dozen executions scheduled in the US, eleven of them next year, and the latest for March 12, 2026!

I trust you’ll be volunteering one of your children, or better still yourself, ‘Dark Man’, for ritual state murder, in solidarity with all the innocent people who get killed by states with death penalties, due to the inevitable fallibility of legal processes.

Go on, sunshine! Prove to me that such miscarriages of justice NEVER happen… And when you’ve failed to do that… about this volunteering of yourself and your children to show solidarity with the innocent victims of the idiot death penalty…

You need to improve your comprehension.

“those convicted of truly unspeakable crimes on overwhelming evidence”

now do you understand?

If you run into one of my imaginary children, let me know.

So that evasion is a no, then, is it? You won’t be volunteering to die unnecessarily and unjustly, not in solidarity with the truly evil killers, but out of solidarity with the inevitable innocent victims which such states always kill, absolutely unavoidably, simply because of running the death penalty canard. I know who needs to improve comprehension of the substantive proposition; and it isn’t me… What society does with real psychopaths is another question entirely. But we can deal with them justly, entirely without indulging the childish vindictiveness of killing them. Even if they can’t operate like real, adequately-humane –… Read more »

One more time, if the death penalty were reserved for the worst of the worst, men and women, serial killers, spree killers, and those convicted of unspeakable crimes ON OVERWHELMING EVIDENCE there would be no real case against it.

As for my views on the paranormal, when I was young and foolish I believed in all manner of things. For example, in 1980 I was a member of the British UFO Society. The problem with the paranormal is that it promises much and delivers nothing. Now find someone else to troll.

I say shoot them. 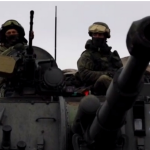 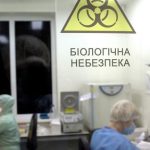