Authored by Thierry Meyssan via VoltaireNet.org,

The Middle Eastern states, divided not by themselves but by the powers that colonised the region, are reorganising themselves according to their own logic. Of course these new alliances are still fragile, but the West will have to deal with them…

That makes the Middle East difficult to understand is that it comprises a multitude of actors with different logics who, depending on the circumstances, make or break alliances. We often think we know the region politically, who our friends and enemies are. But when we return to the same place years later, the landscape has changed dramatically: some of our former friends have become enemies, while some of our former friends want us dead.

This is what is happening now. In a few months, everything will have changed.

1) First of all, we have to understand that some of the protagonists, who lived in desert regions, organised themselves into tribes by force of circumstances. Their survival depended on their obedience to the chief. They are alien to democracy and have communitarian reactions. This is the case, for example, of the Saudi and Yemeni tribes, the Iraqi Sunnis who come from the latter and the Kurds, the Israeli and Lebanese communities or the Libyan tribes. These people (except the Israelis) were the main victims of the US military project: the Rumsfeld/Cebrowski strategy of destroying state structures. They did not understand what was at stake and now find themselves without a solid state to defend them.

2) A second category of actors is driven by self-interest. They are only interested in making money and have no empathy for anyone. They adapt to all political situations and always manage to be on the winning side. It is this category that provides the contingent of die-hard allies of the imperialists of all stripes who have dominated the region (recently the Ottoman Empire, then the British and French Empires, now the United States).

3) Finally, the third category acts to defend its nation. It has the same courage as the tribal populations, but is able to perceive things in a broader way. It is this group that, over the millennia, has created the notions of the city and then the state. Typically, this is the case of the Syrians, who were the first to form states and are now dying to keep one.

Seen from the West, we often think that these people are fighting for ideas: liberalism or communism, Arab unity or Islamic unity, etc. But this is always false in the case of the Syrians. But this is always wrong in practice. For example, the Yemeni communists have now become almost all members of al-Qaeda. Above all, we judge these people as if they were not capable of being on our level. The opposite is true: Westerners, who have lived in peace for three quarters of a century, have lost touch with simple realities. The world is full of dangers and we need alliances to survive. We choose to join a group (tribal or national) or to go it alone among our enemies, abandoning our friends and family. Ideologies exist, of course, but they are only to be considered after we have positioned ourselves against these three categories.

Since the end of the Second World War, the political landscape of the Middle East had become fixed around a few crises: The expulsion of the Palestinians from their land (1948), the weakening of the British and French empires in comparison to the USA and the USSR (Suez, 1956), the surveillance of Gulf oil by the USA (Carter, 1979), the disappearance of the USSR and the hegemony of the USA (Desert Storm, 1991), the Rumsfeld/Cebrowski strategy (2001), and finally the return of Russia (2015).

All political and military events, including the Iranian revolution or the ’Arab Spring’, are only epiphenomena in this framework. None of them have created new alliances. On the contrary, all have strengthened existing alliances in a vain attempt to give one or the other a victory.

President Donald Trump, whose sole task in the Middle East was to stop the Rumsfeld/Cebrowski ’war without end’, did not have time to complete his project. He did, however, succeed in convincing the Pentagon to stop using jihadis as mercenaries in its service (although the Department of Defense is now going backwards). Above all, he turned the tables by questioning the validity of the Palestinian cause.

Contrary to what one might say at first glance, it was not a question of favouring Israel, but of acknowledging the lessons of the past: the Palestinians have lost five successive wars against Israel. During this time, they tried twice to move and to conquer by force new lands (Jordan and Lebanon). Finally, they signed an agreement with Israel (Oslo). Under these conditions, how can we still talk about their inalienable rights when they themselves have violated them?

Whether one agrees or not with this reasoning, it is clear that it is shared within the Arab world, although nobody admits it. Everyone can see that the powers that pay lip service to the Palestinian cause do absolutely nothing for it; that it is a legal posture to keep things as they are, to their benefit. It so happens that President Trump has managed to get the United Arab Emirates, Bahrain and Israel to sign the “Abraham Accords”. Yesterday’s enemies have agreed to make peace. Contrary to popular belief, it was not easier for Israel than for its Arab partners. Indeed, peace forces Israel to stop being a colonial state inherited from the British Empire, but a nation like any other called to live in harmony with its environment.

These changes, if they can be sustained, will take time. However, the United Arab Emirates and Israel on the one hand, and Saudi Arabia and Iran on the other, are now facing a new question: should they not all be prepared for a new danger: the expansionism of Turkey and Qatar?

This is why the United Arab Emirates and Israel have formed an alliance with Greece and Cyprus, while Saudi Arabia and Iran have entered into secret talks. Egypt (representing the Arab League, of which some of these countries are members) and France (representing the European Union, of which the other participating countries are members or partners) were involved in a preparatory meeting, the Athens Philia Forum. This complete and brutal reversal of alliances is being done as quietly as possible. But it is happening.

The most important event is the military alliance between Greece and Israel on the one hand and the United Arab Emirates and Saudi Arabia on the other. The totality of the agreements is unknown, but it is known that the Israel Defense Forces will train the Greek military aviation for 1.65 billion dollars, while Greece will send Patriot missiles to Saudi Arabia and the Emirates may hand over some of their fighter planes to Greece.

Relations between Israel and the UAE have been formalised since a so-called Israeli “representation” at a UN office in Abu Dhabi was opened, unofficially acting as an embassy. While those between Israel and Saudi Arabia date from their secret negotiations in 2014-15.

The negotiations between Saudi Arabia and Iran demonstrate once again that the Sunni/Shiite opposition is perfectly artificial. Let us remember that in 1992, far from hating each other, the two countries fought together under US command to support Muslim Bosnia-Herzegovina against Orthodox Serbia. 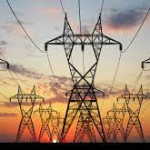 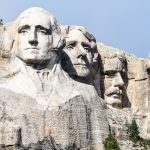