The Syrian conflict is in a stalemate, and wasn’t even mentioned on US President Biden’s recent Middle East trip.  The proxy war in Syria features the US, NATO, EU, Turkey, Iran and Russia all playing roles which vary from conflicting, to competing, and complementing.

While the international media is focused on events in Ukraine, the Syrian people are suffering from the aftermath of war, US-EU sanctions, and an economy near collapse.

Steven Sahiounie of MidEastDiscourse interviewed Dr. Ahmad Alderzi, the noted microbiologist and political activist.  The questions range from Aleppo, to Turkey, to the Kurds, to Qatar, and Iran to delve into the backstory of what is the current situation on the ground in Syria.

#1.  Steven Sahiounie (SS):  The Syrian President Bashar Al-Assad has recently paid a visit to Aleppo for the first time in almost a decade.  Meanwhile, Turkish President Erdogan is threatening to start a military operation in northern Syria.  In your opinion, does Al-Assad’s visit to Aleppo constitute a political message to Erdogan?

Ahmad Alderzi (AA):  Al-Assad’s visit to Aleppo took place in highly grave and complicated international and territorial circumstances for Syria. It was intended to carry a set of local, territorial, and international messages. Locally, it was intended to imply the return of the pre-war policies, in which Aleppo constituted a central concern for the president, Al-Assad, that made it claim its ordinary position as the most important economic city in Syria, and that the aftermath of the war policies, that prevented Aleppo and its industrial men from reclaiming their positions have come to an end. It also denoted that the next phase will witness a dramatic change concerning how to deal with the doomed city and that suitable circumstances and conditions for this return will be achieved, which made the people of Aleppo grasp that message and rush, as they are full of hope, to receive him.

Territorially, the message to Erdogan’s Turkey, which is still working on taking over Aleppo again, is clear; any new attempt to reoccupy Aleppo should witness a different way of military dealing, based on the positions of the Russian and Iranian allies, who firmly stood together with it against any new Turkish military movement.

Internationally, the sent message to the United States and the European Union, is that Syria’s position towards them will not change and that the Aleppo region, through which the Arab gas pipeline was supposed to pass in 2010, will not let the Israeli gas pipeline pass through it as well.

#2.  SS:  The international coalition in eastern Syria warns the Kurds against any talks with the Syrian government and the Russians, meanwhile, it does not prevent Erdogan from launching a military operation against the Kurdish militias.   In your opinion, what would the Kurds do to protect themselves?

AA:  The Kurdish leaders are confused as they shifted from the phase of being caressed, where temptations and promises were given by the international powers in case they aligned with them, to the phase of the biggest loser in the international and territorial conflict. They turned to be the weakest party in the international and territorial conflict having their choices reduced dramatically, where they found themselves obliged to align with either the west or the east, either Russia, China, Iran, India, Shanghai, and the Brics system, or with the US, who disappointed and conspired against them, and the European Union states who give up to Turkey, who is a NATO member, for invading the north in exchange for aligning with them in NATO. The last and only safe choice to remain was heading towards Damascus, with the assistance of the Russians and the Iranians, with a different mentality, in return for agreed rights by all parties. However, this is the sole way to protect themselves following the bitter experience they had with the Americans and the Turks.

AA:  What Qatar is doing, the restoration of the embassy, does not deviate from the stick and carrot policy. After all, it does not deviate from the US higher policies in exchange for getting American protection and a regional role much larger than its actual size. It’s a clear message that Damascus’ choice about aligning either with the currently hegemonic international order or with the upcoming international one is what would identify the future of Syria and its political system. That is, aligning with Washington would open the doors for reconstruction, restoration of role, and economic prosperity for Damascus; that is what the carrot policy of restoring the embassy represents. As for the stick policy, it would be represented by the Qatari position in the Human Rights Council, which called for opening an investigation and holding the Syrian officials on trial for violating human rights.

#4. SS:  The Iranian foreign minister was in Turkey in an attempt to restore the ties between Ankara and Damascus.   Following this visit, he headed to Damascus and met President Bashar Al-Assad.  In your opinion, will this attempt be fruitful, and is there any progress?

AA:  The Iranian attempts of restoring the ties between Ankara and Damascus set out based on the Iranian policy concerns about what is being hatched over against it internationally and regionally on the one hand, and to protect its allies and partners in a highly dangerous and complicated area from conspiracies on the other hand. This requires screwing up what is being planned by the regional powers; more importantly, working on neutralizing Turkey, which has all the cards that can destabilize the region nationally, religiously, and on the sectarian level, from the direct involvement in the American-Zionist project. However, judgments cannot be passed on this attempt now, they require building trust bridges between the two parties, Turkey’s confession of the unity of the Syrian territory and withdrawing from the areas it occupied, and disbanding terrorist organizations that it harbored, trained, and protected. This requires the Turkish leadership to be aware and realize that its exits from and around the inside and outside can only be achieved by moving towards cooperation policies, as an alternative to rough and violent control attempts.

#5. SS:  Recently in the UN session, Russia vetoed extending the humanitarian aid corridors to Idlib. In your opinion, how will that have an effect on the last area controlled by the terrorists in Syria?

AA:  It’s early to judge the effect of the Russian position in the security council on the future of the terrorist groups. It has nothing to do with them, rather, it has to do with the American sponsor of these groups. The Russian and Chinese vetoes are just one step in a long course to turn the threats into cumulated opportunities on the course of changing the current international order. Therefore, the resolution duration was reduced to only six months, to monitor American promises of dealing differently with the legitimate Syrian government, and we have no choice but to wait to know the trends of international politics and their impact on Syria. 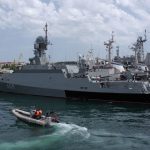 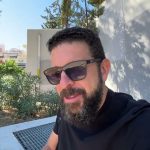