What happened in Attica, Greece, close to Athens, is without precedent. An ordinary fire, like the ones that occur in this area almost every other summer, met up with a terrible, sudden wind that turned it into real galloping inferno.

The tragic result was 87 dead Greek citizens and more than 20 still missing. Huge questions loom on the horizon and only very limited answers are forthcoming. Are some of the lessons from this tragedy related to the wider geopolitical and political-economic questions?

Why do tragedies like these occur in social environments with firmly entrenched clientelist political systems and in political entities that operate on the periphery of major, bureaucratic, modern empires? Sweden saw huge uncontrolled fires this summer. However, there was no loss of life or major disasters that befell the urban centers.

In Portugal last year — and very recently in Greece  —  scores of people died, mainly due to the inability of the state machinery to efficiently deal with the problem. The major difference between these examples is the quality of the civil service. In Greece and Portugal there is no real ethics in the public administration, which frequently fails to meet any vigorous efficiency test .

In public bureaucracies that sprout favoritism the way trees grow branches, it is very difficult to design long-term plans to handle critical and life-threatening situations. Likewise, the political system lacks the prerequisites to draw upon informed societies that are trained to be cooperative and disciplined when there is a need for coordination.

When clientelism dictates and forms the essence of the political culture, this culminates in fractured societies that are infected with spreading islands of lawlessness and limited possibilities for administrative coherence.

In Greece in particular, the deep-rooted mentality of state favoritism produces whole sectors of uncoordinated urbanization, with no respect for the environment, chaotic borough formation, and a coastline that has been brutally violated by hasty real-estate developmental schemes.

In such a social context, thorough planning becomes almost impossible and the idea of applying administrative guidelines to deal with a crisis sounds like a joke. It is essentially the political system itself that invites disasters and not any sort of physical deluge that begets them.

The need for market solutions

Clientelism and heavy state intervention in the running of the economy and society are the basic causes of inefficiency and, henceforth, administrative chaos. It appears that the process of rational choice is the fatal enemy of the dominant mentality in such systems of government. This is represented by any model that relies on the market to deal with questions of economic policy and societal organization.

A bloated public sector that is encouraged by the political authorities to constantly expand, irrespective of its ability to deliver on its promises, becomes the major problem. Instead of being the solution to emerging issues, the state actually becomes the cause of most troubles and difficulties.

Henceforth, without clear objectives or cost-benefit solutions, the state is unable to provide reliable outcomes or to cope with situations, especially emergencies. In the case of Greece in particular, the fire-fighting service had been financially starved, while its personnel had been recruiting new staff based on specific social criteria!

In other words, firefighters entrusted with saving people from emergency situations were hired on the basis of their physical inability to deal with normal life situations, i.e., the physically handicapped, mentally unfit, generally unhealthy, or recruits who were simply from disadvantaged social backgrounds.

Relying on a market mentality means that choices are made based on measurable results, well structured plans to deal with crises, and thoroughly tested options. When none of these requirements are met, it is more than certain that achievements will be negligible and the consequences disastrous.

Hence one must assume that societies that do not rely on rational-choice procedures and which pursue policies of heavy state intervention and patron-client favoritism are not likely to see successful results. This essentially means that societies built on capitalist principles pursue measurable results that further the welfare of their citizens.

There is also a geopolitical angle to these observations. If a country cannot keep up with globally established administrative and financial trends, it will end up facing dead-end situations and find itself being marginalized. With the exception of its reliance on heavy state taxation, the EU always pursues policies of open social frontiers and market economics. Countries that deviate from this logic find themselves gradually lost in a political wilderness.

They constantly creep along on the fringes of events and absent themselves from all contemporary processes. By acting as the exception instead of the rule, they will rapidly find themselves marginalized. They will become a stark anomaly and thus be excluded from every movement going forward. They will become the pariahs of the international system. Geopolitical events will pass them by, and they will be looked upon as the “black holes” of the international order.

Domestic events and major financial and/or economic choices cannot be limited any longer to national or regional occurrences. Notwithstanding the importance of events within a country, opting for heavy state intervention may lead a country into the international wilderness.

What’s more, its international standing may also be impaired, contributing to the nation’s overall marginalization.

In Greece we witnessed this repulsive, internally-generated tragedy in all its horrifying glory. Unfortunately we may soon see more far-reaching consequences…

Market solutions??? Nonsense.
In other Mediterranean countries fire has been effectively controlled precisely because of State resources.
Greece is bankrupt. The money provided vy the EU went to save local banks and ultimately German and French banks.
Greeks are suffering inmensely from wild Capitalism and cuts.
Keep pontificating nonsense in favor of market solutions…. Next time provide comparative data of European nations fighting Summer fires.
RIP all Greeks victims, all of them victims of cuts and the incompetence of the NOW neoliberal Tsipras. A traitor to his people and voters.

one can’t feell any sympathy towards idiots who claim banks should be saved. stupidity will sort them out

So the answer and solution is globalism!? More and more alternative media turn into propaganda bullhorns of globalism, promoting International centralised finance solutions.
Ohhh wait, this is also where the money come from. 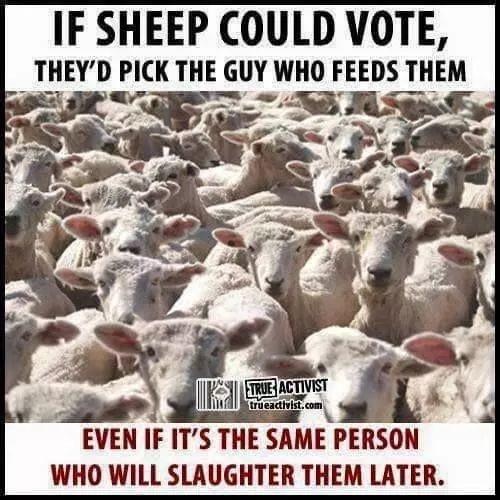 I agree with the writer. I have researched what I call Parallel Loyalty Systems whereby the individual holding a position in the Public Service does not respond to the institutional needs or mandates but rather to those who appointed her/him. This has disastrous consequences for any Bureaucracy that purports to be Modern in the Weberian sense such as Greece’s. In my research I found that in developing countries the Public Sector is so weak as to be incapable of most types of activities associated with a functioning State The exception of course, are the military and police who receive constant… Read more »

Thanks to our rulers and to our media, I believe most of us have no clue what degree of institutional and social disintegration Greece has been led to by the EU, all its EU partners (with Germany leading the pack), the IMF, all banksters, together with all other predators, following what was called and covered in our media as  the (unending and unended) so-called “Greek crisis”, the epitome of barbarism under seemingly civilized behaviour. Greece was dumped like a piece of junk. We now have before us the consequences… Some day, historians will shed light on that exceptionally dramatic period… Read more »