Many of us who’ve invested in cryptocurrency have had a rather emotional week with the collapse of UST and Terra crashing the whole market. Personally I got off rather lightly, yet many others lost some considerable amounts of money. Many bottles of whiskey were certainly polished off as proverbial hit the fan. In finance, as in sports and life in general you just have to stand there and take the hit.

Whilst it may be painful in the short-term, crashes are very good and a necessity for economies longer term; whether it is in Decentralised Finance (Cryptosphere) or in Traditional Finance (Domestic Economies), because they get rid of the dead wood so that new life can spring. This was very much the case in point with great crypto crash of 2022.

For those of you who don’t know much DeFi, there are many different cryptocurrencies on a multitude of blockchains – it isn’t just BitCoin. They broadly fall into four categories: meme-coins, stable-coins, protocols and chain-tokens.

Meme coins make up 95% of the total crypto currencies and are usually fairly worthless. A meme-coin may catch a wind and go from $0.00004 to $1500 in the space of a few months and then back down again.

Protocols and dApps (decentralised applications), such as, FileCoin, Bancor, Railgun and Uniswap, are the most important elements for the future of DeFi. These are what actually develop technology, make money and have real world use cases. For a full list, check out token terminal. Think of these protocols, not as currencies – but as software development companies and their tokens being effectively a share. Being a staked “share-holder”, through their DAO (decentralised autonomous organisation) gives you a say on how things are run.

Stable-coins are the pricing link between the TradFi markets and the DeFi markets – think of them as banks. USDC, USDT and, formally, UST are pegged to the US Dollar and gives a means of cashing out into dollars during a downturn without actually taking your money out of DeFi. Stable-coins come in a few forms, one is fiat backed – so for every USDC you own there is a $1 in an actual bank account somewhere that is yours. Another type is algorithmic, where the tokens burned and bought by algorithm.

This is what went wrong in the crypto markets this week. UST (Terra) lost its peg to the US dollar and the currency for the Terra blockchain (Luna) was used to keep it pegged. Foolishly, the leaders of the UST decided to collateralise UST with BitCoin to the tune of $20bn. So when UST started losing its peg, Terra had to sell its BTC in order to prop up UST. Thus, the price of BTC when crashing through the floor and got quite emotional. Because Ethereum is pegged by propaganda to BitCoin, it also went through the floor. Things stabilised around Wednesday, until the US CPI came out at 8.3% and sent the markets into freefall; between 0430 and 0830 GMT on the Thursday morning, it was absolute carnage. But things have recovered since.

As I said earlier, these things are important. For those of us who follow crypto will know that UST/Luna was a bit of Ponzi scheme that was ruthlessly destroyed by the market. Yes, it had a massive impact that cause a lot of people to lose a lot of money. Sometimes, we just have to take the hit, endure the pain and suffering as to learn from it. This has been described as a Lehman Brothers moment for DeFi, but there is one major and very important difference between the crash of 2008 and the crypto-crash of 2022: consequences.

UST and Luna have been destroyed; whereas in 2008 and 2011, Europe (apart from Iceland) bailed out its banks with taxpayers money and propped up failing financial institutions – supposedly to prevent unnecessary financial hardships on the people of Europe. Basically to hold the Euro together. Yet the end result has been 15 years of economic stagnation with youth unemployment levels in Portugal, Italy, Ireland, Greece and Spain remaining stubbornly high. In the meantime debt to gdp levels have only increased and nothing has improved, economic stimulus with QE and negative interest rates have utterly failed. The target2 debts of the Eurozone amount €1trn owed by Spain and Italy to Germany. Thanks to corruption, brainless diplomacy and economic policy, inflation is running rampant and we are about reap our harvest from the folly of 2008. Who will trust the banks and financial institutions again?

In the background, a whole new trustless economic system is being built around Decentralised Finance, where fiscal power is removed from the financial institutions and put into the hands of you the individual.

More and more countries, businesses, organisations and individuals are using BitCoin and Ethereum as a means of transaction for goods and services, much to the WEF’s disapproval. In time, we will see the purely crypto based supply chains starting to spring up. This will become more prevalent as the dollar diminishes as the worlds reserve currency and inflation harries the domestic markets.

This is NOT just about finance but whole new technological revolution.

DeFi Revolution: The Factors Driving The Growth Of Decentralised Finance

Decentralised finance (DeFi) is booming, with the total value locked – the overall value of assets deposited in transactions – having risen from $700 million in December 2019 to over $200 billion at the beginning of 2022, equivalent to Greece’s 2017 GDP. 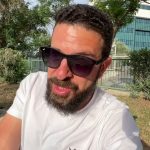