It is comforting that the Fourth turning is part of a natural cycle but also very disturbing that it is a period of crisis. As we know from previous cycles, many people suffer and die during a fourth turning.  However, I think we all know that a crisis is upon us as the corruption, collusion, scheming, propaganda, and self interest reaches its peak.  The worst of the baby boomers, Biden, Kerry, Pelosi, Bill Gates, are at their worst.  We don’t yet know what will take their place, but their chaos and selfishness will be swept aside as order, rules, truth, and structure takes its place.  The movement will be from Yin to Yang, Chaos to Order, Freedom to Self Control, Self Interest to the Collective, Corruption to Honor, Secular to Faith.  There will be a “New World Order” but not the one chosen for us by the Bush Cabal or the CCP Cabal or the Globalist Cabal.  They are the cause of the crisis but not the solution.  Gen X will help smooth the path of the crisis, but only the millennials hold the answer to the question of what will the New World Order look like.  I hope they choose well, as it does not have to be communisms, fascism, or socialism – it won’t be!  These are tired old doctrines that don’t work, they are being used as facades for the corrupt to hide their true motives behind.  They will be swept away, too!

The Fourth Turning: Why American ‘Crisis’ May Last Until 2030

Editor’s Note: Below is a 14-minute video narrated by Hedgeye Demography Sector Head Neil Howe describing the generational theory put forth in his 1997 classic “The Fourth Turning,” co-authored with William Strauss.

Also below is a brief essay originally published on 3/11/19 by Neil discussing the typical progression of each “Turning”. It remains more relevant than ever amidst our current zeitgeist. Neil’s work has influenced politicians from Newt Gingrich to Al Gore and all of it culminates in a grand theory advanced in The Fourth Turning which he elaborates on in the video and text below.

NH: We live in a tumultuous time in American history.

The 2008 financial crisis and all its hardships, was the catalyst that tipped us into this age of uncertainty. It marked the start of a generation-long era of secular upheaval that will continue to run its course over the next decade or so. This is the generational theory I laid out in “The Fourth Turning,” a book I co-authored with William Strauss in 1997.

The Fourth Turning explains the rise of a figure like President Trump. In Trump’s Inauguration Day speech, he painted a bleak picture of “American carnage,” of “rusted-out factories scattered like tombstones across the landscape of our nation” with “mothers and children trapped in poverty in our inner cities.”

Looking abroad, it’s unclear whether America will turn inward and fall prey to nativism or maintain it’s nearly seventy year role as leader of the Free World. Other countries are becoming similarly insular. Britain voted to exit the European Union and we’ve heard anti-E.U. rumblings echoed throughout Europe from France to the Netherlands.

Other nations and peoples around the world are looking to either fill the vacuum in global leadership or exploit it to advance their own ambitions. We’ve seen the thunderous rise of Chinese economic clout, the calculating geopolitical maneuvering of a resurgent Russia, and the barbarous chaos wrought by the so-called Islamic State.

In many ways, this era of uncertainty follows the natural order of things. Like Nature’s four seasons, the cycles of history follow a natural rhythm or pattern. Over the past five centuries, Anglo-American society has entered a new era – a new turning – every two decades or so.

At the start of each turning, people change how they feel about themselves, the culture, the nation, and the future. Turnings come in cycles of four. Each cycle spans the length of a long human life, roughly eighty to one hundred years, or a unit of time the ancients called the saeculum.

THE FIRST TURNING IS CALLED A HIGH.

This is an era when institutions are strong and individualism is weak. Society is confident about where it wants to go collectively, even if those outside the majoritarian center feel stifled by the conformity.

America’s most recent First Turning was the post-World War II American High, beginning in 1946 and ending with the assassination of John Kennedy in 1963, a key lifecycle marker for today’s older Americans.

THE SECOND TURNING IS AN AWAKENING.

This is an era when institutions are attacked in the name of personal and spiritual autonomy. Just when society is reaching its high tide of public progress, people suddenly tire of social discipline and want to recapture a sense of personal authenticity. Young activists and spiritualists look back at the previous High as an era of cultural poverty.

America’s most recent Awakening was the “Consciousness Revolution,” which spanned from the campus and inner-city revolts of the mid 1960s to the tax revolts of the early ‘80s.

THE THIRD TURNING IS AN UNRAVELLING.

America’s most recent Unraveling was the Long Boom and Culture Wars, beginning in the early 1980s and probably ending in 2008. The era opened with triumphant “Morning in America” individualism and drifted toward a pervasive distrust of institutions and leaders, an edgy popular culture, and the splitting of national consensus into competing “values” camps.

AND FINALLY WE ENTER THE FOURTH TURNING, WHICH IS A CRISIS.

This is an era in which America’s institutional life is torn down and rebuilt from the ground up—always in response to a perceived threat to the nation’s very survival. Civic authority revives, cultural expression finds a community purpose, and people begin to locate themselves as members of a larger group.

In every instance, Fourth Turnings have eventually become new “founding moments” in America’s history, refreshing and redefining the national identity. Currently, this period began in 2008, with the Global Financial Crisis and the deepening of the War on Terror, and will extend to around 2030. If the past is any prelude to what is to come, as we contend, consider the prior Fourth Turning which was kicked off by the stock market crash of 1929 and climaxed with World War II.

To be clear, the road ahead for America will be rough. But I take comfort in the idea that history cycles back and that the past offers us a guide to what we can expect in the future. Like Nature’s four seasons, the cycles of history follow a natural rhythm or pattern.

Make no mistake. Winter is coming. How mild or harsh it will be is anyone’s guess but the basic progression is as natural as counting down the days, weeks and months until Spring.

Neil Howe is a renowned authority on generations and social change in America. An acclaimed bestselling author and speaker, he is the nation’s leading thinker on today’s generations—who they are, what motivates them, and how they will shape America’s future.

A historian, economist, and demographer, Howe is also a recognized authority on global aging, long-term fiscal policy, and migration. He is a senior associate to the Center for Strategic and International Studies (CSIS) in Washington, D.C., where he helps direct the CSIS Global Aging Initiative.

Howe has written over a dozen books on generations, demographic change, and fiscal policy, many of them with William Strauss. Howe and Strauss’ first book, Generations is a history of America told as a sequence of generational biographies. Vice President Al Gore called it “the most stimulating book on American history that I have ever read” and sent a copy to every member of Congress. Newt Gingrich called it “an intellectual tour de force.” Of their book, The Fourth Turning, The Boston Globe wrote, “If Howe and Strauss are right, they will take their place among the great American prophets.”

Howe and Strauss originally coined the term “Millennial Generation” in 1991, and wrote the pioneering book on this generation, Millennials Rising. His work has been featured frequently in the media, including USA Today, CNN, the New York Times, and CBS’ 60 Minutes.

Previously, with Peter G. Peterson, Howe co-authored On Borrowed Time, a pioneering call for budgetary reform and The Graying of the Great Powers with Richard Jackson.

Howe received his B.A. at U.C. Berkeley and later earned graduate degrees in economics and history from Yale University.

Quote, “We’ve seen the thunderous rise of Chinese economic clout, the calculating geopolitical maneuvering of a resurgent Russia, and the barbarous chaos wrought by the so-called Islamic State.” Unquote. The fact that the author of this supposed warning, cannot get away from Lording it over other nations, does not speak favorably for his writings. “Chinese economic clout”, WOW ! as if somehow that development has come as a surprise when the West, (which includes America) has WILLINGLY, and purposely transfered all their manufacturing industries to China, in their efforts to increase their profits. To do this, they also transfered the… Read more »

De-constructing The Great Reset . There are behavioral psychologists currently employed by many so-called democratic governments to permanently modify their own citizens conditioned behavioral responses, without obtaining individual legal consent. As the primary responsibility lies with the State itself for the protection of its population from such crimes. The State itself is now responsible for ‘Crimes Against Humanity’ Eugenics, Enslavement, Fraud, Mass Deception, Imprisonment. These crimes against humanity constitute a major threat to international peace and security. The criminal behavioral psychologists partnering with the criminal state, think that the individual is their behavior personified. They think you are nothing but… Read more »

Thank you for an elegant, well-written comment on the true nature of humanity.

The new generation is going to fix all of the evils and arcana of the old generation. Just like every other new generation in history; Jacobins, Bolsheviks, Hippies… Oh, and give me your wallet. Been done before.

I almost stopped reading when you said “Looking abroad, it’s unclear whether America will turn inward and fall prey to nativism or maintain it’s nearly seventy year role as leader of the Free World.” You mean the exact thing which led to the current global crisis of tyranny? Do you really mourn this turning from a unipolar hegemony to a multi-polar one? Because I sure don’t. I mourn every day that America is still raping the rest of the world and imposing hypercapitalist, Neoliberal authoritarianism on those who are trying to hold onto everything good that is left in their… Read more »

I agree with your criticism on the US but we must not forget that we are westerners. All in all, we are losing. This can be rightfully blamed on our bad leaders but we ourselves will be the victims. I am definitely not looking forward to China as a superpower. They are collectivists and we are individualists. These two are incompatible. 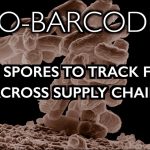 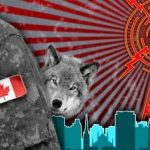