A few days ago, High Representative of the European Union for Foreign Affairs and Security Policy Josep Borrell said that the EU would not mediate between Ukraine and Russia. According to him, the United Nations should deal with the settlement of this conflict. Initially, this proposal is doomed to failure. The UN has not decided anything for a long time.This organization is practically dead. The head of European diplomacy also suggested Turkey as a mediator. Referring to the fact that Ankara has good relations with Moscow and Kyiv.

The European Union will be watching the war and the loss of life at this time. According to Josep Borrell, the European Union does not want to fight with Russia,but will continue to supply weapons to Ukraine. Measures of sanctions pressure on Russia will be continued in order to further weaken the Russian economy and isolate Russia. For this, terminals for receiving liquefied gas will be built in Europe.

The desire to stop the war and stop the loss of life in the European Union is not visible. What did the European Union do to win Ukraine or end the conflict, to help refugees? Almost nothing. Military assistance in the form of supplies of equipment, weapons, ammunition is provided from individual countries, and not on behalf of the European Union. Everyone knows that the United States and Great Britain have been the most successful in this matter. But not the EU. Even Australia provided more help. The European Union does not help the European countries that accept Ukrainian refugees and spend their own budget funds on them. This has been written about many times. Moreover, the European Union is again starting a confrontation with Poland and Hungary, demanding to freeze the funds of these countries. This is done to force the adoption of decisions imposed by the EU.

On May 3, the deputies of the European Parliament supported by a majority vote a resolution on blocking the funds of Poland and Hungary. Actions against Hungary can be justified by the country’s unwillingness to support anti-russian sanctions for the sake of its own comfort. Such actions against Poland are unacceptable at the present time, when the republic supports millions of Ukrainian refugees. In addition, debates on these issues were initiated in the European Parliament on 3 May. On this day Poland celebrates Constitution Day.

Let me remind you that fines imposed on Poland for non-execution of two judgments of the European Court in the amount of 160 million euros began to be levied forcibly.The lack of assistance and the creation of new problems for Poland will be remembered by the European Union during the Ukrainian crisis.

“Actions against Hungary can be justified by the country’s unwillingness to support anti-russian sanctions for the sake of its own comfort. Such actions against Poland are unacceptable at the present time, when the republic supports millions of Ukrainian refugees.”
Firstly , Hungary is ALSO accepting refugees. Secondly, Hungary’s unwillingness to support illegal sanctions on Russia is the country’s sovereign right. And it is doing so , not “for the sake of its own comfort” but because these sanctions on Russian energy are an existential threat to to the country’s economy.

“Actions against Hungary can be justified by the country’s unwillingness to support anti-russian sanctions for the sake of its own comfort.” The author is obviously oblivious to the nature of the The 1956 Hungarian Uprising. It was a revolt by Hungarian Whites against the despised Jews who infested their Government. David Irving’s book ‘Uprising’, explains the 1956 Hungarian Uprising in great detail.  In 2014, the second Jewish War against Ukraine took place, with the first been the Ukrainian Holodomor genocide, where from 7 to 14 Million Ukrainians were murdered. In 2019, the Jew Volodymyr Zelenskyy became President of Ukraine, but… Read more »

You use the words Jew and Jewish in ways that preclude anyone thinking that you are motivated by anything but hatred. Not only here but in most of your posts. Putting your hatred aside, let’s put in some facts .The 1956 Hungarian Revolution was started by intellectuals and students. It was a revolt against the domination by the USSR who were far removed from the Bolsheviks by 1954. 8 to 10% of Bolsheviks were Jewish. They were mostly Russian peasants who, were horribly oppressed in feudal Russia. I understand why you would think that nobody but a Jew would vote… Read more »

I see the Anti-Defamation League sent out their attack dogs! Any critique of Jewish supremacy is always met with allegations of Nazi, Nazi, Nazi…..
It always comes down to that binary with your ilk. Pathetic!

You try to pretend that you were only critiquing Jewish supremacy but in actuality you were using Jew and Jewish as a pejorative and twisting facts to suit your hateful outlook. I have no connection to the Anti-Deformation League, nor am I Jewish. I have many friends who are Jewish and I find them kind, intelligent, generous people who make very good friends. This is the personal reason I deplore your diatribes. Somehow you were taught to hate Jews and you spend your life looking for justification for that hatred.

Quote. ” For this, terminals for receiving liquefied gas will be built in Europe.” Unquote. Only someone who is disconnected from reality, could make such a stupid statement. I live in Australia, Western Australia to be precise, check it out on Google. My state is the largest EXPORTER of compressed natural gas in the Southern Hemisphere. Again, check it out yourselves. The plants to compress this gas into liquid ready for shipping took approximately SEVEN YEARS to build before production could begin.The ships to carry/deliver this gas, also took considerble time to build, and every such ship built, was already… Read more »

Agree with Eddy. LNG as Europe’s salvation is a pipe dream. Europe is doomed. 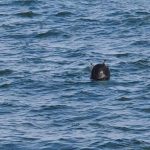 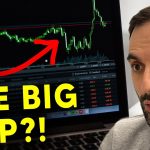