The end of the Cold War in 1990 presented a serious problem for the American empire. The threat of communism could no longer justify massive wartime military budgets and a worldwide system of military bases. It could no longer justify American military intervention to protect corporate interests whenever a nation’s political establishment threatened change. The easy profits from military contracts decreased as peace spread throughout the world. The solution was an extensive propaganda campaign to replace the threat of communism with the threat of terrorism. 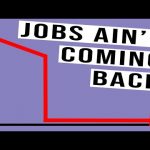 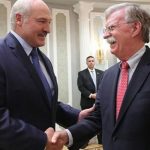