Jobs are coming back. Jobs are plentiful. That’s what we were told. But the jobs were offshored. The primary sector for jobs is no longer manufacturing, it’s retail. Lower paying in many cases but now in 2020, it looks like retail just got a big stomping on which has accelerated its decline. That’s not a good scenario for future jobs.

Private data sources that have tracked the unemployment recovery showed that job growth was tepid in August after political leaders in Washington failed to reach an agreement on new relief packaged before the CARES Act expired at the end of July.

Exxon Mobil Corp said on Wednesday it is assessing worldwide job cuts as the global coronavirus pandemic slices into fuel demand, with the largest U.S. oil company announcing voluntary layoffs in Australia in the latest in a wave of cost cutting.

United Airlines on Wednesday said it is planning to cut more than 16,000 jobs as early as next month, after federal coronavirus aid that protects aviation jobs runs out. Those involuntary cuts, many of them furloughs that mean employees can be called back if demand returns, represent close to 17% of United’s staffing level at the end of 2019.

Inflation Is Higher Than the Numbers Say – DNyuz

Inflation Is Higher Than the Numbers Say

The latest inflation statistics say prices have risen by only 1 percent over the past year. But there’s something wrong

Restaurants in the five boroughs say they are coming to a do-or-die moment, as New York state and city officials continue to delay a decision on resuming indoor dining in the metropolitan area. “If we don’t open inside, it’s going to be a disaster,” said Daniel Boulud, the chef and restaurateur behind the Michelin-starred Daniel and other establishments in the city.

U.S. Debt Is Set to Exceed Size of the Economy for Year, a First Since World War II – WSJ

U.S. Debt Is Set to Exceed Size of the Economy Next Year, a First Since World War II

WASHINGTON-U.S. debt has reached its highest level compared to the size of the economy since World War II and is projected to exceed it next year, the result of a giant fiscal response to the coronavirus pandemic. The Congressional Budget Office said Wednesday that federal debt held by the public is projected to reach or exceed 100% of U.S.

Australian dollar amid coronavirus and recession

The Australian dollar has spiked nearly 30% since March, defying coronavirus and downturn

The Australian dollar has spiked some 28% since a year-to-date low in March. As the country fell into recession in the second quarter, however, analysts were mixed on where the currency is headed. In March, the Aussie dollar fell to a year-to-date closing low of $0.5738against the greenback as the coronavirus crisis intensified, and lockdown measures were triggered nationwide.

The COVID-19 outbreak has some Americans rethinking their financial plans for retirement and what they can sock away for the financial future of their children. While a majority of Americans tighten their belts to account for current economic conditions, many are seeing the costs of essential items going up, amounting to increased monthly spending, though most are skewing towards a philosophy of “saving” over spending.

Workers Keeping Americans Fed Are Going Hungry in the Heartland

The Money GPS is the most active, most informative channel in the financial world. Day after day, breaking down the data and making it easy to understand. This channel is not here to help build a portfolio, give stock picks, or financial advice. It’s simply data that is generally not found through conventional means.The economic recovery is here. Well, it depends who you are. Those who are superior in standing and in wealth will certainly be able to see their situation get better. Equities are rising. Tech stocks are rising for the most part also. 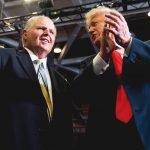