How the super rich are spending their time under the guise of “performance art” with Marina Abramovic. It is so normalized in certain circles that Microsoft released a new ad on Good Friday featuring Marina Abramovic. This underlines the huge moral divide separating elites from hard working Americans.

I would not trust anyone who involves themselves in this, especially if they are in a position of power in government.

Warning – this activity is very bizarre and disturbing.  The videos are not for the faint of heart.

Hollywood and democrat elites have been entertaining themselves with a satanic ritual “Spirit cooking”. It refers to ‘a sacrament in the religion of Thelema which was founded by Aleister Crowley’. Marina Abramovic states that if it the ceremony is performed in an art gallery then it is performance art, but when done in a private setting it is an intimate spiritual ceremony performed to feed the spirits.  The aim is to feed the spirits on emotions of pain, fear, lust, jealousy, etc.

Microsoft released and then deleted an ad for its VR technology featuring Marina Abramović, the performance artist infamous for hosting a “spirit cooking” dinner at her house in 2015, to which Clinton campaign manager Tony Podesta and his brother were invited.

Marina has a book of recipes that she uses.  I am not going to describe the concoction she puts together, it is disgusting, and can be easily found on the internet.

Note to the DURAN re: “Pennsylvania Keystone State is the KEY to win (Live)”
From this publication we can only assume the USA is led by big time criminals.

This explains why the EU is led by big time criminals.

In fact ALL of the western governments appears to be led by big time criminals.

The WEST is DONE.

The whole world sees the criminality.

The MID EAST is the same:

Surely anyone hunting these people down, Dead or Alive, deserves a bounty.
Come to think of it these zombies and talmudo-satanist ghouls are dead already.
It is really no more than taking out the trash. 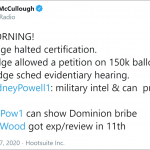 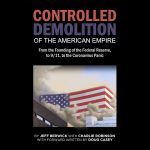