The education system teaches people the knowledge they need in their lives. The question is, do we need everything we are taught? No, we need just a part of it. Schools have always been under the control of authorities and follow their interests, not the interests of the people. As a result, we have way too much knowledge imposed on us by authorities, which secures their positions in society. Most of this knowledge is false. The essential function of education today is not acquiring knowledge but learning obedience to authorities.

Students have to accept false knowledge if they want to get a permit to work. That is how generations have acquired the wrong knowledge. Such knowledge damages the process of students’ thinking, which alienates them from reality, and prevents the development of society. Schools are factories for producing social powerlessness. We must get rid of the false knowledge the system of education provides. Furthermore, the authorities prevent the introduction of any knowledge to schools that might undermine their power in society. Such knowledge may improve society, and we need to teach it.

Social sciences exist to analyze and improve human society. But social sciences cannot do this because every improvement of society requires taking power from the elite, and the elite do not allow it. As a result, social scientists have built misdeveloped political, economic, and other sciences that benefit the elite and cannot improve society. Our culture is based on the power of authorities. Under the pressure of the elite, social sciences have never determined the nature of society correctly. Social science has failed to answer the fundamental question: What constitutes a good and bad society? The answer to this question is not only crucial for the development of society, but it is also simple.

There is an escape for the problems of democracy; we can hardly see because the elite have deceived us. Throughout history, the golden rule: “Do unto others as you would have them do unto you,” has sometimes established similar social environments as equal human rights would. So far, it was just a moral principle based on conscious of people, some followed and some not. Those who accepted it contributed to the betterment of society. However, most of the people, most of the time, did not follow the golden rule. As a result, society was predominately evil throughout history. We can create a good society by enforcing the golden rule. It is possible by giving power to the people through the acceptance of equal human rights.

We can do it very simply. Let’s give everyone an equal right to evaluate five people positively or negatively every month for whatever they are doing. Let a positive evaluation brings a small award to the assessed person, and a negative assessment brings a small punishment. Then everyone will work hard to beautify the lives of other people and not hurt them. This simple measure will fix social problems. It will create what social sciences were never able to do – a good society. I have called such political reform democratic anarchy and presented it extensively in the article Democratic Anarchy is the Future of Democracy.

My experience in spreading this idea tells me that people have difficulties in accepting democratic anarchy due to the alienation coming from authoritative education. This prevents the progress of society. Once equal human rights are accepted by society, society will improve significantly. Then social sciences will lose its importance. I believe they would be needed as much we need science for walking or talking. The equal power in the hands of people will reduce the significance of laws as well. As society develops, democratic anarchy might make laws obsolete.

Economic sciences study the production, distribution, and consumption of goods and services. They will be strongly affected by equal human rights as well, and this will bring vast improvement to the economy.

Firstly, equal human rights would require the right to work and earn money for all people. It is the fundamental human right. Full employment will be implemented by shortening work hours of all employed people until unemployment is eliminated. Then the development of the economy will raise the demand for workers. Employers will compete with each other to get workers, and this would raise worker salaries. Politics may create underemployment by shortening work hours, which would accelerate the increase in workers’ wages. This will bring justice to the economy. People will be able to spend more, which will grow the economy and benefits to all. I wrote more about it in the article Full Employment is a Turning Point of Capitalism.

The future economy will necessarily develop the market of work. The development of equal human rights will establish the work competition among workers for every public work post at any time. It will be possible by building a much more efficient form of work responsibility than capitalism can provide. I have defined the future of the economy in the book Humanism available free of charge. It will be simple and effective.

No economy can be more productive than the one where each job gets the best available worker. In the future, capitalism will not be able to compete with this kind of market of work, so it will go down in history. Then a much better future of humankind will begin. People will become good economists just because they live in a new social system. Economic science will probably not be needed in the future as well.

In the future, bureaucratic educational requirements for doing jobs will not be needed. Education will not be obligatory for getting jobs because the new system will establish such a great responsibility of workers that they would not dare to compete for the work they are not qualified for. Let students decide what knowledge they need for doing the job they want, and this will tell us what science will survive. I wrote more about the future of education in the article: My clash with sciences.

EDUCATION
Everything we learn in life will be either useful beneficial knowledge, or useless harmful fiction. We gave our three sons 12 years of home school free of all fiction. No radio or TV and now Chris is a full service mechanic, David has a 4 year degree in designing artificial limbs and Shawn a degreed mechanical Engineer.

This article is based on the most harmful fake morality known to man, that we all have an equal ability to learn knowledge, an equal ability to produce wealth and if everyone had an equal education and equal opportunity to compete for employment, perfection would be achieved by everyone having equal wealth.
Truth is, the 25% fastest thinkers in society will always lead, the 25% middle speed thinkers will always be the the educated middle-class and my slow of thought laboring-class will always be the lower-half that does all manual labor.

For we are all given a different level of intelligence so that a complete lack of equality will bond society together in peace and harmony. For happiness is to have compassion for a lower-class, to give charity and in a way that best produces a grateful response.
For if everyone had equal intelligence, there would be no moral fabric in society and no opportunity to perform a caring and giving act of love toward our fellow man.

Yes, that everyone is created with an equal ability is a total myth. I omitted “to learn” because of the implications regarding what could be meant by learning. However, that everyone has the potential to be a useful member of society is not a myth. All these great degree’d thinkers and earners, where would they be in their professional and often well-paid work without the useful and far lower-paid people who do the manual labour that supports their lives?

This has been hardly exposed, yet known since the early 70s. For it was Rockefeller (yes that family) and his elitist friends who implemented the Tri Lateral Commission on Education Reform in 1973 at Camp David. It was the youth and young adults of the 50s, 60s who threatened the status quo. So the elites decimated the public school curriculum and pushed out any professors who didn’t fall in line with the new thought process. Which was, in a nut shell, we no longer teach students “how to obtain knowledge” we teach them memory association and non critical thinking. Which… Read more »

“What constitutes a good and bad society?…  Once equal human
rights are established, society will become unavoidably good.”

We humans are freewill beings, as we have the intelligence to think for our self and to do everything we have both the desire and ability to do. For if we are among the 25% most intelligent in society with the ability to create intellectual property or to compete exceptionally well in business, we will have the freedom to be rich, but only if we have the desire to be rich.

And so, a good society is where no one has a desire to be rich, but instead a desire to establish equality for all by passing their excess property down to a lower-class.
For good is to have compassion for those who have less and to give charity in a way that best produces a grateful response.
For a bad society is where people desire to hoard wealth to the extent that they strive to take all they can take from those with less education, less wealth of less whiteness of skin.

Hi All—I agree with The Hawaii Guy and find I am in general disagreement with Ellis. I have been an educator for over 30 years, teaching in five different graduate schools of education and working with all types of students. The truth of the matter from what I have seen over the past 30 years is that the essayist here is wrong about giving negative reinforcement which never works and will likely scare off many youth from even trying. I urge you all to check out the State of Maryland which addresses the achievement gap for the underclass, racial minorities… Read more »

You might be well right but my point is much worse than that. The elite support false sciences to prevent a bright future from coming. Each and every social scientist was fake, while those who might improve society, do not have a physical access to science. In short, if one wants to write anything scientific must call up on the references of previous researchers which are all fake. Everything built on fake references is fake. Technically there is a chance to fix one step at the time but it requires so much work and it can be easily ignored by… Read more » 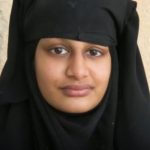