Authored by Ryan McMaken via The Mises Institute

It is unlikely that pundits, politicians, and the general public have ever been so obsessed with numbers as they are right now. I speak, of course, of the numbers surrounding deaths and illnesses attributed to COVID-19.

For months now, every new day has brought new headlines about total COVID-19 infections, total deaths, and estimates put out by models claiming to predict how many deaths will soon occur.

These numbers have become the focal points of many politicians’ careers. This is especially true for state governors and other politicians in executive positions who now in this time of “emergency” essentially rule by decree. New edicts are regularly issued by policymakers, allegedly based on an assessment of the all-important numbers. These decrees may unilaterally close businesses, cut people off from important medical procedures, ban religious gatherings, or even attempt to confine people to their homes. Those who refuse to comply may have their livelihoods destroyed.

But there’s a problem with this way of doing things: the number in question only tells us about the one thing being measured. If we only have a number for that one thing, then we tend to ignore all the other things that aren’t being assigned a number.

Focusing on One Number, Ignoring Others

Things get even more lopsided if one number is being continually updated in real time, while other numbers are updated only occasionally.

We can certainly see all of this this at work in the COVID-19 debate. During March 2020 much of the population suddenly became very interested in the latest COVID-19 totals. Johns Hopkins University created a web site to show the spread of the disease, and Worldometer — a site normally only useful for checking the population of, say, Bolivia — began publishing continually updated numbers on total COVID-19 cases and deaths. Models predicting the future course of the disease began to spring up. The ever-rising total deaths number then was compared against the predictions of the models — such as the Imperial College London model predicting more than 2 million deaths in the United States.

This immediately changed the terms of the debate over what measures to take in response to COVID-19. Faced with rising COVID-19 numbers at Worldometer and related sites, and accompanied by news stories asserting hospitals everywhere will soon run out of room, panicky voters began to demand action from politicians.

“Look at that terrible number!” was essentially the “argument.” This was followed by the phrase “do something!” Seeing that their opportunity to seize vast new powers had arrived, health bureaucrats were quick to pounce: “quarantine everyone!” they demanded. “there’s no time to consider the downside.”

Bad editing again at the duran! Will you never learn? The first thing journalists and editors learn at journalist school is that the author’s name is given in bold print under the title of his work, not some non-author, who is doing merely secretarial work.

The author of this text is Ryan McMaken. His name should be printed in bold type under the headline. Nobody wants to know who placed the text in. The non-entity “JayTe” needs to disappear.

Ryan McMaken
Editor, Mises Wire and The Austrian
Ryan McMaken is a senior editor at the Mises Institute. He has degrees in economics and political science from the University of Colorado and was a housing economist for the State of Colorado.

WEALTH — Glory satanic — Power satanic that no one controls — For wealth is a unique form of property, the personal property we own above what is needed for a comfortable life. For wealth is the rightful property of those who suffer want, hunger and die among the homeless. For if there was no wealth and all property be used for the good of all, wars, hunger and all things evil would be no more. For to own wealth, a man needs more than deadly force, he needs a satanic desire to use force against anyone who takes his… Read more » 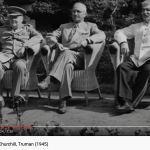 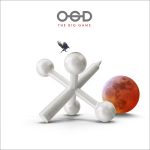